Louis Walsh on boybands, being Irish and who he thinks has the X Factor

First of all congrats on your recent Irish Post award — is your mantelpiece heaving?

I’ve loads of awards, but I honestly don’t take them seriously. I’m flattered but I never got into the business to get an award — I’m in the music business for the music. I’m not into the fame or celebrity stuff, it’s not me. But I’m glad to get it. It sounds like it’s the end of my career, but I’ve got an awful lot more to do — right now I’m working with Shane Filan and Hometown.

Is your new boyband Hometown’s debut album near to completion?

We just finished it yesterday. I’m expecting to get a number one album when it’s released in Ireland. Liam from One Direction wrote their new single, The Night We Met.

Speaking of One Direction, what happened?

Who else would you like Hometown to work with?

Ed Sheeran is amazing, Mark Ronson is amazing. And Max Martin (Britney, Taylor Swift, Westlife) is the king, there’s nobody better than him.

What’s been your career highlight so far — the Westlife/Boyzone era, presumably?

Westlife sold proper records. They were absolutely brilliant, I loved working with them. Boyzone was fine.

You received the Irish Post award in part for bringing Irish music to the fore — was that always part of your agenda?

I’m very pro-Irish. I think X Factor’s missed a trick by not having an Irish artist this year. I always put someone through: Mary Byrne, Jedward, Shayne Ward. There’s more talent in Ireland than anywhere else in the world. For a small island, it’s produced some amazing pop acts, rock acts, everything. And I’m a salesman — I sell an act if I believe in them. I met The Corrs here in the hotel yesterday, and I’m tipping them for a massive comeback. I found talking to them inspirational.

I’m very pro-Irish. I think X Factor’s missed a trick by not having an Irish artist this year

Are you looking to take on any more acts? 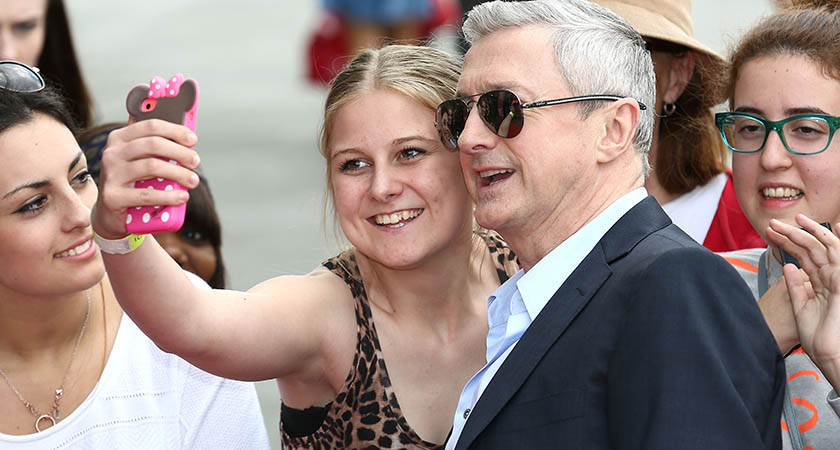 Louis Walsh poses with a fan as he arrives for the London Auditions of X Factor in London last year (Photo by Tim P. Whitby/Getty Images)

Are you taking on any non-music projects?

What salacious anecdotes can we expect?

Were you never tempted to live in London for ease?

I love living in Dublin — I like the quality of life there. I think it’s got a great vibe to it. My ideal life is living in Dublin, working in London and holidaying in Miami, and that’s what I do. I’m very lucky, I could be working in Tescos or a bank. Simon Cowell was really good to me; he really changed my life when I went on X Factor.

Why do you think the ratings are still slipping?

It’s still a great show, and it’s still the most important show. It produces an awful lot of hit stars. X Factor is watched all over the world — you’ve people like Little Mix and One Direction in the charts; Fleur East is going to be a big star. There’s no show like it.

You’ve let your views on new judge Nick Grimshaw be known — what do you think of Rita Ora as a judge?

She’s fantastic fun. I think she’s a really, really good judge. They don’t seem to have a laugh anymore, it’s all judging. People forget it’s a family show, people want to watch and laugh and sing along to songs they know.

If you came back for the live shows, would you feel as invested in the acts?

I would be brilliant because I would be a neutral judge, and I’d say exactly what I’d seen and what I think. I’d be really good, and I wouldn’t care. I would be a breath of fresh air on the panel. I’d tell it like it is. 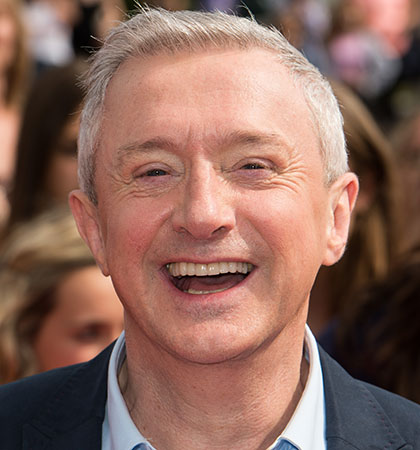 How close were you to doing I’m A Celebrity?

I met [the producers] twice. I was going to consider it, but Simon told me not to do it. He said I was a music manager, and it wouldn’t be good for my credibility. Going forwards, he had ideas for other shows for me. So if nothing happens, I’ll do it next year. I’m keeping the door open.

I was offered at least that. More actually. It’s not about the money at this stage in my life, it’s about doing things I love and I’m good at. Music is still my first love.

I’d like to work in music, so if it was music-related I’d be good at it, if it wasn’t I don’t think I’m the right person. I don’t want to be a celebrity, I really don’t.

You’ve not joined Twitter yet — are you close to being convinced?