New film about Kathleen Behan, ‘Mother of all the Behans’, to be shown during Brighton Fringe 2021

WRITER/ACTOR Janet Behan, author of the celebrated biographical play Brendan at the Chelsea, brings Kathleen and Me, a film portrayal of her redoubtable grandmother Kathleen Behan, to Brighton Fringe 2021.

Kathleen Behan, born Kathleen Kearney, was an Irish republican to whom Irish culture was very important — she was sister of Peader Kearney who wrote Amhrán na bhFiann, and was a fine folksinger herself.

Kathleen's first husband Jack Furlong, along with her brother, had been active in the Easter Rising.

Jack subsequently died in the Spanish Flu epidemic, and Janet took work as housekeeper to Maud Gonne MacBride in her house on S. Stephen's Green. 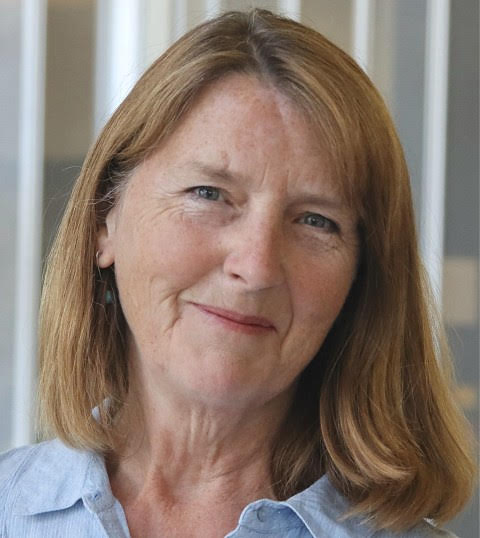 Janet Behan has created the film about her grandmother

Filmed in this centenary year of the Irish War of Independence, Kathleen and Me is a fascinating voyage into the life and times of Kathleen Behan.

Living through The Easter Rising, the War of Independence and the Civil War, she took an active role in the fight for an Irish republic — and subsequently threw her energy into trying to make that republic a socialist one.

But life in the early 20th century was desperately hard for many Irish people.

Kathleen was no exception.

She survived near starvation and grinding poverty, holding her family of seven children together but never relinquishing her innate feminism.

Through all these tribulations, and through one of Ireland’s most turbulent times, Kathleen kept going with laughter, songs and wit.

Her ‘golden boy’ Brendan, became famous all over the world for his plays and books and indeed his behaviour — which might best be described as 'exuberant'.

In her 92nd year, in the early 1980s, Kathleen’s other son Brian (Janet’s father) made recordings of her memories.

Around the same time, she recorded some of the ballads and rebel songs of her youth.

The memories became a book, Mother of the All the Behans, and the songs an album, When All the World is Young.

Using Kathleen’s words and favourite songs, along with her own memories of her grandmother, Janet Behan and director Jessica Higgs have created a powerful and endearing portrait of a woman who witnessed, first hand, the birth of a nation.

Janet says: “Kathleen was someone I knew well and, although as a child I found her intimidating, as I grew, I came to love and respect her.

“She was a wonderful role model, showing how to survive anything that life throws at you while living it to the full.

“I last saw her in 1984, not many months before she died, but she’d lost none of her wit, none of her joy in living.  And she was still singing…”

Kathleen and Me runs at The Living Record from May 28 – June 27, tickets cost £9. For tickets click here.