AFTER WELL over a year of restrictions thanks to the global pandemic, the Irish Government have earmarked 22 October as the day most of the rules-- including social distancing-- will be dropped.

As well as big parties, concerts, packed pubs and the return to meeting friends and family without the undercurrent of anxiety that has prevailed since March 2020, it also means that the good old-fashioned Irish Wedding will be back with a bang.

Thousands of couples across Ireland have pushed back their big day-- some multiple times-- instead choosing to wait until they can celebrate properly with all their friends, families and loved ones, and we're all rearing to get back to one of the things Ireland does so well.

But what makes Irish weddings so much fun? Well for one thing…

1. They go on for at least three days.
And this isn’t even including the stag and hen parties.

You have the ‘last hurrah’ the night before, followed by the big day itself and then of course the all-day ‘Cure’ the next day, when the most hungover people on the planet force themselves to get up early and doll themselves up just to sit in a pub with sandwiches and finger food (and copious amounts of alcohol) and do the whole thing again.

If you’re going to an Irish wedding you might want to book the entire week off work just to be on the safe side.

2. We’re the best at rocking the boat

It has only very recently come to my attention that ‘Rocking the Boat’ is a uniquely Irish thing. Sure, everyone in the world knows the song—it is a classic after all. But apparently it’s only the Irish who experience the distinct drunken pleasure that comes with sitting, legs splayed, on a dirty floor and swaying side to side in what looks like a conga line for people too tipsy to stand.

Irish culture at its best-- check out the below clip from Derry Girls if you don't believe us!

3. The speeches are top class

When you’re absolutely starving and you know the dinner won’t be served until after the speeches are finished it’s sometimes hard to properly appreciate this at the time, but when everyone’s fed and watered you can usually hear “Wasn’t X’s speech just brilliant?”

4. The couple are always “blessed with the weather”.

Relatives have been putting the Child of Prague out and praying their hearts out to give the happy couple a bit of sunshine for their big day—and miraculously, it usually works.

Even if it’s been lashing rain non-stop for most of the day, the sun almost always makes an appearance in time for the photos—and sure you’re inside dancing for the rest of the evening so what more could you want? 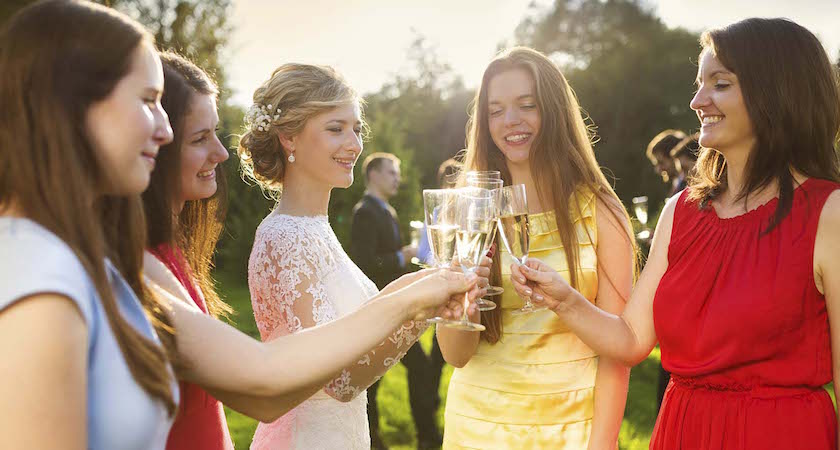 'Sure weren't they blessed with the weather all the same?'

5. The playlist is absolutely bizarre

If you’ve ever wanted to hear Maniac 2000 followed by the Grease soundtrack, followed by an old Irish love ballad followed by AC/DC—then you should attend any Irish wedding ever.

And everyone gets involved: you haven’t lived until you’ve seen a bunch of over 70’s dancing the YMCA.

6. You realise that you share more mutual friends with the couple than you first thought

Either that or the entire town heard there was a big party going on in the hotel up the road and decided to come for a gawk.

Just as the last of the main course in your system gets overtaken by the gluttonous amount of alcohol you’ve since consumed, you notice the waiters are doing the rounds again—this time with decidedly less fancy cocktail sausages, cheese sandwiches and spring rolls.

It always arrives just as people are starting to get smeary, but the extra boost of soakage is what ensures everyone keeps going all night with minimum fear the next morning. 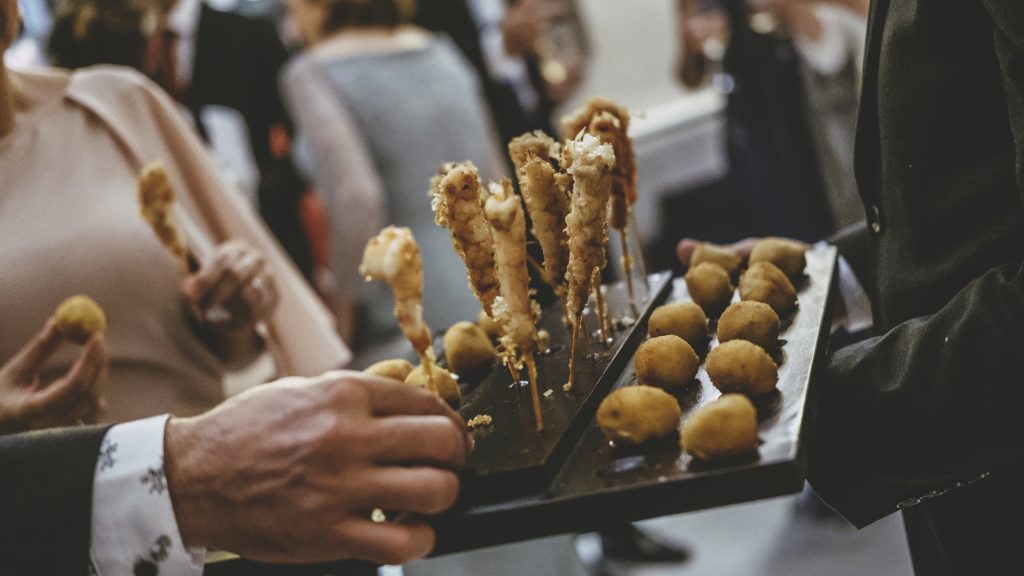 8. The resident’s bar is the best end to the night

Near the end of the night—usually 4 or 5 in the morning—the last ones standing make their way to the hotel’s resident’s bar for another few drinks, usually accompanied by a sing-along.

A myriad of instruments appear out of nowhere—banjos, guitars, tin whistles—and the party stays strong for another few hours. It’s not unusual for the happy bride and groom to be a part of this—it’s their party after all.

In some cases you might see the wedding party at the hotel breakfast the next morning, still in their clothes from the night before, getting a bit of soakage before they allow themselves to finally call it a night.