As we approach the centenary of the Easter Rising, our thoughts turn to Neil Jordan’s 1996 biopic Michael Collins, which starred Liam Neeson as Collins, Alan Rickman as Éamon de Valera and Julia Roberts (mangling an Irish accent) as Kitty Kiernan.

Michael Collins 2: The Big Fellow Is Back would take place a hundred years after the Rising, telling the tale of Collins who is resurrected from the dead and tasked with kicking the Troika out of Ireland, saving the nation from recession and austerity, and returning fiscal sovereignty to our shores. Neeson is well versed in recovering stolen property from nefarious European criminals (consider his Taken trilogy) so this new film should be a safe bet.

Starring opposite him could be Brendan Gleeson as Michael Noonan and someone icy and French like Kristin Scott Thomas as Christine Lagarde. If Kristin isn’t available, Meryl Streep could surely warm up her French accent and step into the role. Music would again feature Sinéad O’Connor. 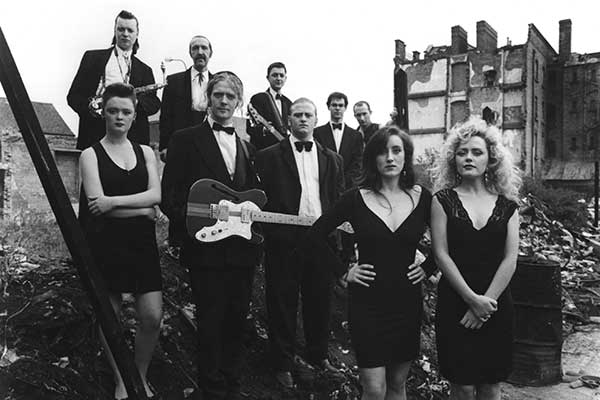 Alan Parker’s 1991 adaptation of Roddy Doyle’s novel was a commercial and critical success, voted the best Irish film of all time (Jameson Irish Whiskey poll in 2005), spawned a West End musical hit, and almost singlehandedly launched the careers of a generation of Irish actors and musicians such as Maria Doyle Kennedy, Glen Hansard and The Corrs.

Years later, the old band tentatively gets back together and competes in The X Factor, hoping for another shot at fame and fortune. Andrea Corr’s character faces a difficult decision when the TV show judges offer her a ticket to the next round of the competition if she ditches the rest of the band and goes solo. 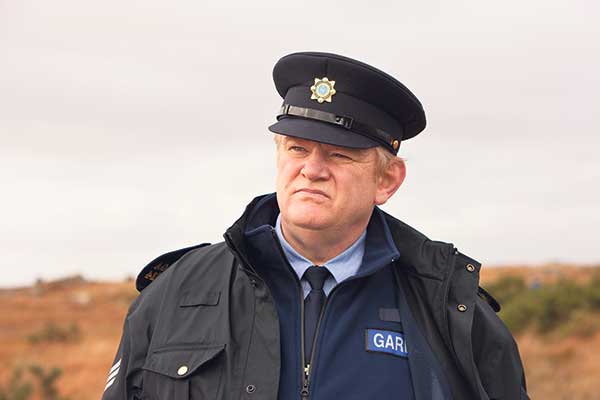 In the wake of successful American female-led comedies and action-comedies such as Bridesmaids, The Heat and Spy (all helmed by Paul Feig) and the news that Feig is directing the new all-female reboot of Ghostbusters, Irish film financiers look to identify an Irish film which is ripe for the picking and gender-swapping.

The Guard 2: An Bean Garda stars Fiona Shaw (best known for her turns as Aunt Petunia in the Harry Potter franchise) in the Brendan Gleeson role and Oscar nominee Viola Davis as the American FBI agent, replacing Don Cheadle. Risk-averse, the financiers and producers hire Feig to work his feminine charms in an Irish context. 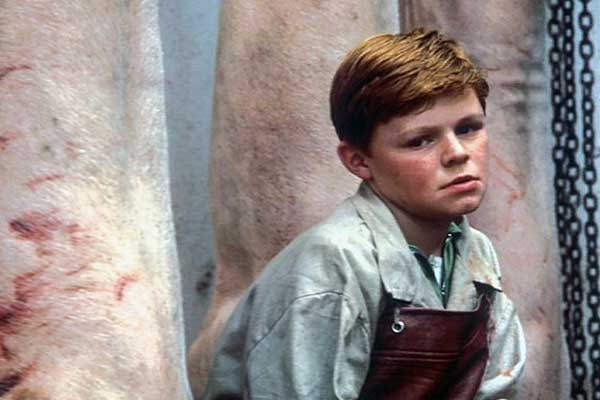 Patrick McCabe’s novel of the same name was adapted by Neil Jordan in 1997 and had moderate success at the box office while being very well received critically in Europe, winning big at both the European Film Awards and the Berlinale.

Almost 20 years on, a reboot would bring the story of Francie Brady and the cruel and unusual imagination of the author to a whole new audience. Star of Moone Boy, David Rawle would be excellent as the put-upon young protagonist. Other cast members would include Michael Fassbender replacing Stephen Rea as Francie’s troubled father, Maeve Higgins instead of Fiona Shaw as the meddling local woman Mrs Nugent, and Evanna Lynch (Luna Lovegood in the Harry Potter franchise) as the Virgin Mary, previously portrayed by Sinéad O’Connor. The new adaptation would be directed by Lenny Abrahamson, a filmmaker with a proven ability to explore mental health and the peculiarities of Irish culture. 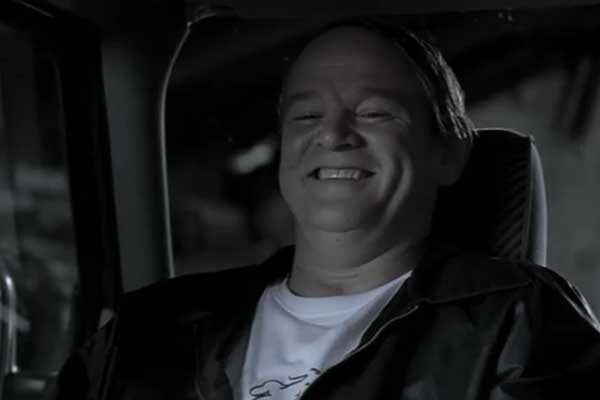 While we wait for Love/Hate to return to our small screens, the cast could do nicely with a leap to our big screens in a remake of John Boorman’s The General. The story of Dublin crime boss Martin Cahill, who carried out a series of high-profile and daring heists in the 1980s, while also attracting the attention of the IRA and the UVF, and eventually getting assassinated, would be familiar ground for RTÉ’s crime drama team to cover. 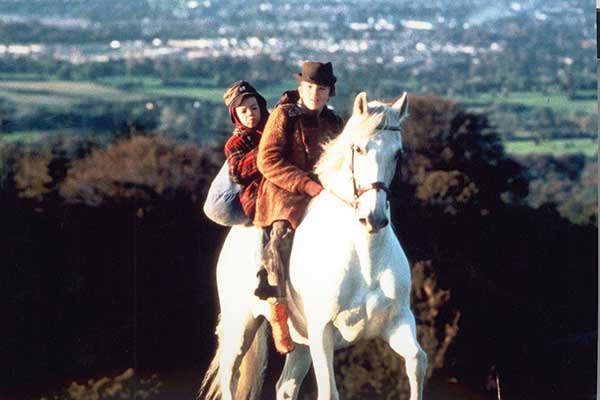 Written by Jim Sheridan and directed by Mike Newell, 1992’s Into the West is a charming magic realist film about two children from the Irish Traveller community. Following the death of their mother, Tito and Ossie move with their father (Gabriel Byrne) to one of the tower blocks in Ballymun. Their storytelling grandfather (David Kelly) arrives to visit and brings with him a white horse called Tïr na nÓg. When the horse is stolen from them, the brothers set out on a magical adventure away from Dublin and back into the west.

While the film is respectful towards the Irish Travelling community and can arguably be seen as a celebration of their culture, a modern retelling of the tale would need to adopt a more sensitive, nuanced and less stereotypical representation.

Just because he’s that good, David Rawle of Moone Boy should again take the lead role as older brother Tito. The grieving father would be played by Colin Farrell and Gabriel Byrne could graduate from the role of father to that of the grandfather. 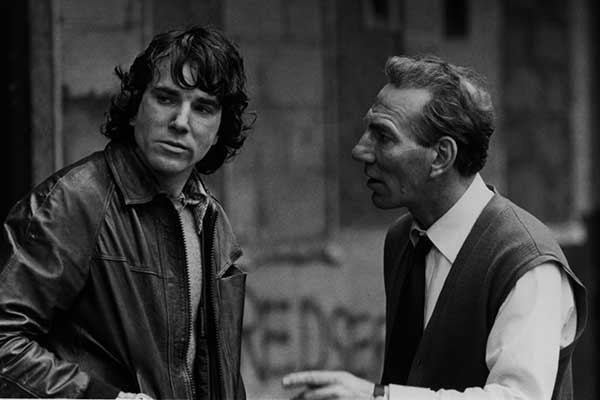 7. In the Name of the Father

Nominated for seven Academy Awards, In the Name of the Father is Jim Sheridan’s hard-hitting account of the Guildford Four, starring Daniel Day Lewis as Gerry Conlon and Pete Postlethwaite as his father Giuseppe Conlon.

While the 1993 film still packs a punch such that there’s no real need for a remake, if it were to be remade, the very handsome Aidan Turner (The Hobbit, Poldark) could possibly take the baton from the also very handsome Day Lewis. It’s a rather weighty baton to accept however. To prepare for the role, Day Lewis lost 50 pounds and spent three nights in a prison cell where he was kept from sleep and interrogated repeatedly. Seeing as he’s already done the prep, Day Lewis may as well return and play Giuseppe. 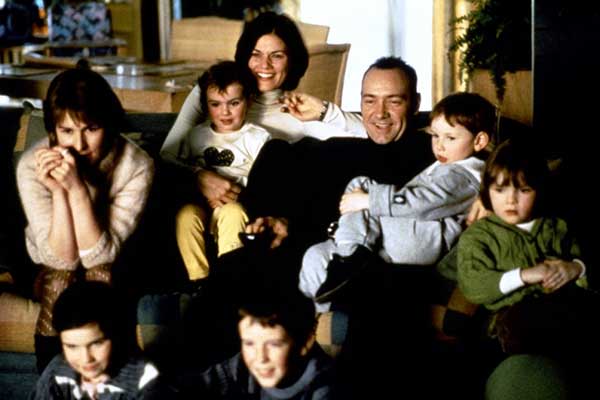 Thaddeus O’Sullivan and Gerard Stembridge’s loose retelling of Martin Cahill’s theft of paintings from Russborough House needs to be remade for two reasons. Firstly, because it wasn’t very good and was miscast, and secondly, because history has a funny way of repeating itself and Russborough House and its priceless contents are back in the news again in 2015.

Filling Kevin Spacey’s shoes could be Brían Gleeson, who might make for a more convincing Cahill, considering how well his father did in the role in The General. Casting the roles of his two wives, who were also sisters, is a tricky task but Saoirse Ronan and Sarah Greene could play opposite each other well. 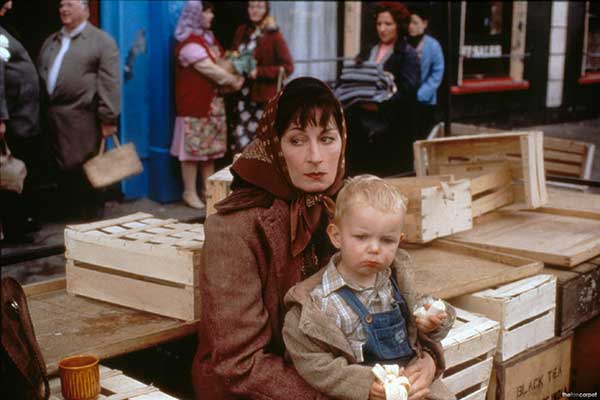 Directed, produced and starring Anjelica Huston, Agnes Browne is one adaptation of Brendan O’Carroll’s book The Mammy; the other, of course, is the BBC series Mrs. Brown’s Boys. While some may argue that we’ve seen and heard enough from O’Carroll, a new, fresh adaptation of his book might be a fruitful exercise.

While we might ask someone else to direct and produce, Deirdre O’Kane could pull on the nylons and overcoat and take on the role of the mammy. Maria Doyle Kennedy could be good as her best friend Marion and, just for fun, why not sprinkle in Linda Martin and Adèle King (AKA) Twink and two Moore Street traders. 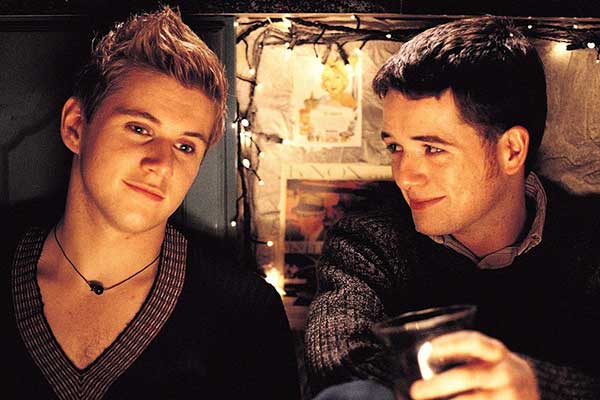 Produced just over a decade ago, watching David Gleeson’s 2003 film now seems like it was made in a different country. Telling the story of two housemates, one gay and one straight, and how they learn to connect and understand one another, Cowboys & Angels feels very much like a period film, a period from which we’ve moved far beyond since. Following this year’s marriage equality referendum, perhaps it’s time for a remake of this story of the relationship between gay Ireland and straight Ireland.