Born in Ireland in 1966, Lenny Abrahamson’s first two films were Garage and Adam & Paul. His third feature, What Richard Did, won multiple awards, including best screenplay at the London Evening Standard awards.

Abrahamson’s next project is the adaptation of Emma Donoghue’s hit novel Room. His latest film Frank, starring Michael Fassbender and Domhnall Gleeson, is a comedy about a young wannabe musician who joins a band of eccentric pop musicians.

He speaks to The Irish Post ahead of the film's release on Friday...

Frank tackles a host of different themes and issues with mental health among them. Was this an issue that attracted you to the movie and one you wanted to explore?

On early days on the script, when we were working on it, we always knew that that was a dimension that we could explore. But we talked about it a lot to decide how far we wanted to go into that, because if you have a character like Charlie Chaplin,  nobody says: ‘oh, how did he become homeless?’ He’s just the tramp.

And similarly you could have left Frank as this mysterious character who presumably has some issues; otherwise, why is he wearing the head?

It just became so interesting, we felt we had to go there. Albeit in a funny, comedic way but we had to deal with, well, ‘why is he wearing the head?’ So we thought we have to at least bring that question up and I think we do that in a very unusual way that will surprise the audience at the end of the film. For me, it just couldn’t be heavy handed but it had to be respectable at the same time.

What was it like to work with Michael Fassbender and Domhnall Gleeson?

It was great, they’re both such fabulous actors, you know, they’re brilliantly inventive. When they join a project they bring everything to it. For me, it was just a pleasure to be on set and to have that inventiveness all around and to be able to play with it. 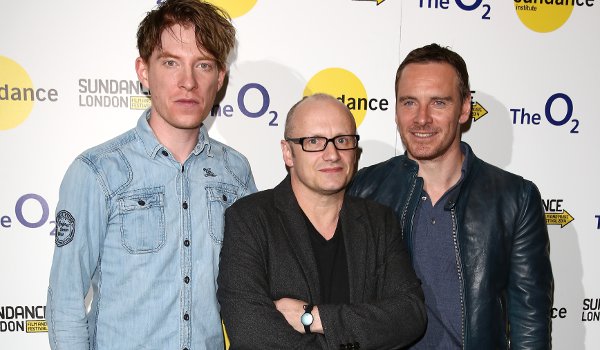 How do you direct someone that’s got a big head on?

The amazing thing about it is you seriously say that’s what the character is. Michael plays it seriously, I don’t like to do tricky shots with it because I don’t try and make it look silly. But then the comedy starts pouring out and so does the pathos.

What I say to people is, when you think about it, sometimes abstraction makes things more expressive. Simple animation can be the most beautiful thing you’ve ever seen. Similarly, when you’ve got a guy with this head, he becomes this incredible half-man half-puppet in the middle of the frame.

That’s got loads of comic and, I suppose, more poignant resonances, and we just took the risk and jumped in and I think it worked.

What made you make Frank an American versus British?

Because if we went away from the real story itself [Frank is loosely inspired by the story of Manchester performer and comedian Chris Sievey, best known as Frank Sidebottom]  then we could go anywhere.

One of the reasons we made him [Frank] American was that we wanted the Jon character to be British. He’s a guy that fantasises about a life through the looking glass, and thinks that on the other side of my boring life there’s this glamorous life when you’re in a rock band.

Well, where for a young British guy is rock ‘n’ roll nirvana? It’s America. So having Frank American gave him that mystique for this British character and then it sort of all fell into place. 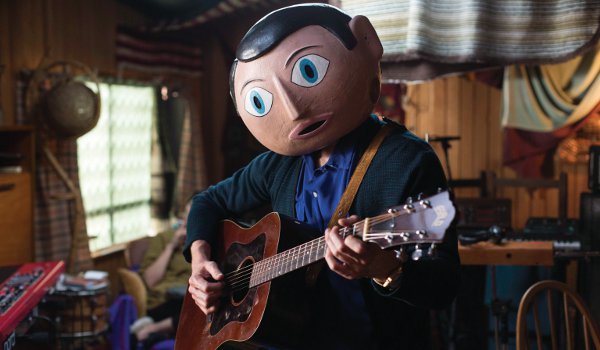 'When you’ve got a guy with this head, he becomes this incredible half-man half-puppet...'

Your last films were serious, this was comedic, did you find it harder?

I think there’s a certain kind of comedy that was in the first two films, mostly the first film, which I love and have always wanted to go back to in Frank. If you do comedy as just comedy then I don’t think it’s as interesting, but if you do it in a way we did in Frank, where it’s layered with a whole load of other things then I think that’s great.

Watch! The trailer for Dracula Untold