WHEN Conor McLoughlin was just 14-years-old, he nervously stepped out on stage to sing in front of 600 people at the Olympia Theatre in Dublin.

To his horror, he spotted a friend from school in the crowd. Uh-oh, bad news. The jig was up.

You see Conor hadn't told any of his mates he could sing. Growing up on the streets of Tallaght, it wasn't exactly the thing to boast about. Already quite a shy lad, Conor decided it was in his best interests to keep his blooming talent a secret.

But now, the cat was out of the bag.

"The moment I saw him, I'd never been so scared before in my life," Conor told the Irish Post.

"I never really showed anybody that I could sing. I kept it all a big secret for years. I used to tell my mates I was going home for dinner but I was actually going to music class."

Conor eventually plucked up the courage to start telling people, and after a video of his went viral on Facebook, the reaction he got at school quickly allayed his fears.

"Girls started coming up to me and were like: 'What? You can sing, Conor?' It was brilliant," he admitted.

It was onwards and upwards from there and a few years later, the BBC came calling.

Conor was selected for Gary Barlow's reality TV show Let It Shine in 2017 - a brief rival to The Voice and the X Factor - and made it all the way to the final, sending the audience - as well as three million watching at home - wild with his rendition of Elton John's Your Song (check it out below).

Despite eventually coming up short, the experience, Conor insists, meant "everything" and assured the then 19-year-old that music was the only career for him, even if it meant leaving home and treading far beyond his comfort zone.

So he threw caution to the wind, packed his life up and moved to London.

Soon after, he met British producer and songwriter Nadim and Ev Wilde, an Irish producer who had been DJing in Dublin night-clubs since he was 14-years-old. Happily, the three instantly hit it off.

In 2020, they released Own It, Conor's first proper delve into house music and last month, with the help of producer Haydon Eccles, followed it up with Beggin' - which stormed into the Top 20 iTunes' Dance Charts within hours.

"I told Conor I could take things down more of a dance/pop route, and he was all for it," songwriter Nadim revealed.

Conor added: "I like to learn and try something different every single day... it doesn't matter what genre it's in. I just want to expand and explore. I know I can sing and I know I have a voice, [but] it's about finding stuff out about myself.

"With Beggin' it was all about the people involved. I couldn't work with people I didn't vibe with. It's a collective."

RTÉ and Dublin's FM104 have taken a huge interest in the hit already, and with an extended mix on the way next week (Sept 24), there's real excitement within the McLoughlin camp.

Growing up, Conor was encouraged by his bodhrán-playing father to embrace the emotionally reflective core of Irish folk music, and the optimism it inspired.

"My Dad would be one of those people who would sing the old country Irish songs, from the horrible times of Ireland, through wars, conflict, hardship, and it kind of resonated with me," Conor said.

He named Luke Kelly - lead singer of The Dubliners - as a big inspiration, but admitted that the likes of Dermot Kennedy, Paolo Nutini and Passenger also helped him define himself.

"Their styles and their writing is amazing, in terms of an emotional reflection of life, which is what my songs are really about. I just relate to them a lot.

"Everyday I find someone new to get inspired by - people who look to the future for a good life."

While still finding his feet in an increasingly competitive and cutthroat industry, Conor appears to have an impeccable hunger to learn and to better himself. As he put it, he's "addicted" to developing.

Following in Dermot Kennedy's footsteps will be a heck of a tough ask, but by surrounding himself with like-minded, passionate individuals in Nadim, Ev and Haydon, Conor's giving himself a fighting chance.

"There’s loads in the pipelines for us," Conor said. "We all have our own little goals and I think moving forward it needs to be something we all feel together."

Nadim added: "We’re all great mates, we have separate projects, which is quite cool because we can dip in and out of helping each-other which is important for all of us."

From humble beginnings as an alter boy in Dublin 24, Conor has battled low-confidence and homesickness to blossom into one of Ireland's finest contemporary singers.

It's been 10 years since his secret was outed on stage at the Dublin Olympia. Perhaps it's time the whole world found out about him too. 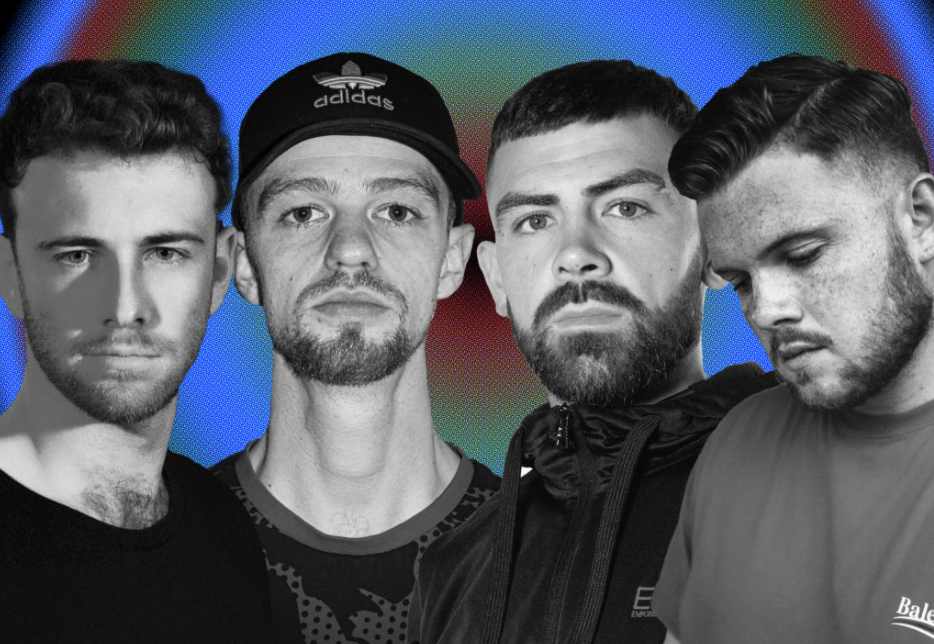