BILLED as “Shakespeare for a Camden audience”, Irish director Gavin McAlinden’s adaptation of the most famous love story ever known certainly delivers a modern edge to the classic tale.

McAlinden’s Acting Gymnasium, a weekly performance workshop, alternated performances of Romeo and Juliet and Oscar Wilde’s A Woman of No Importance for the first two weeks of October.

Romeo and Juliet opens in London with Sampson, one of the members of the House of Capulet, declaring his animosity for the House of Montague, dressed in a hoody and tracksuit bottoms and speaking in a Jamaican patois accent.

It is the soundtrack combined with the choreography which gives the performance its North London edge, despite staying true to the original Shakespearean dialogue. The fight scenes are well choreographed and feel realistic despite being under close scrutiny from the nearby audience.

A particular standout moment comes during a scene at the House of Capulet. Romeo and Juliet meet for the first time while the cast are free-style dancing to Deee-Lite’s Groove Is In The Heart followed by an ensemble dance routine to Michael Jackson’s Thriller. 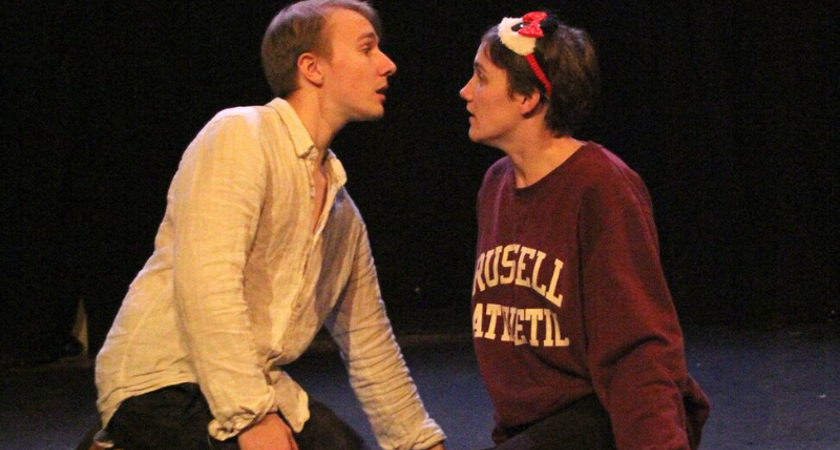 Peter Jerome as Romeo and Jane Feldberg as Juliet give sound performances as the two star-crossed lovers who fall in love despite the tension between their warring families.

There were moments of comedic relief in the tragic love story too. One favourite was the scene where Friar Lawrence, portrayed as a quasi-guru and small-time drug dealer, accompanied by a harem of followers, produces a spliff for Romeo.

Overall, a great piece of theatre that the audience enjoyed, mostly because the music and dynamism of the cast makes you want to get up and dance with them.