BIG things happen in the world, but they happen to real people.

That is the mantra of leading Irish playwright Marina Carr, whose new play Girl on an Altar opens at the Kiln Theatre in north London this month.

In it Carr - one of Ireland’s most highly acclaimed playwrights, whose work is performed across the globe - re-tells the ancient Greek legend of Clytemnestra and Agamemnon.

And, true to form, she uses the individuals at the heart of this epic tragedy to tell the tale.

The myth, which is tied to the Trojan war story, sees Clytemnestra’s world torn apart when husband Agamemnon sacrifices their daughter for the sake of war.

Carr’s piece picks up the story ten years on, when the pair reunite once the war has ended.

With the brutal death of their daughter still hanging heavy in the air after all those years, what follows is a battle of love, grief, power and revenge.

For Eileen Walsh, who plays Clytemnestra, the piece is every bit as emotional and powerful as it sounds - and she is only too happy to be a part of it.

“I have done a few of Marina Carr’s scripts,” the Cork-born actor told The Irish Post this week.

“I adore her, and I would do anything that she writes, because it is so epic and yet so kitchen sink at the same time.”

She explains: “As Marina herself says, big things happen in the world, but they happen to real people.

“So, while taking this role on is big, emotionally - following Clytemnestra’s story, the loss of her daughter and then the loss of her marriage - it is also amazing getting to play that role and say those lines,” the actor admits.

“It’s a huge ask,” she adds, regarding the pressure to deliver in such an intense play.

“But I am ready for it, and I think with Annabelle [Comyn] directing, it really has a very strong hand on it.

“You feel safe, you feel like ‘ok, we’re ready to jump off this cliff’.” 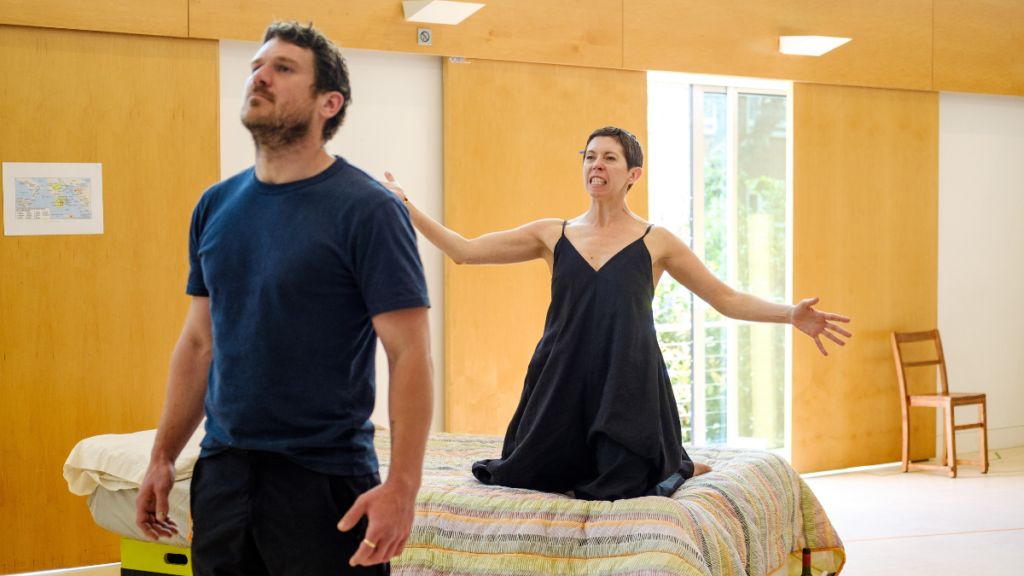 Walsh and her Girl on an Altar castmates began to take that leap last month – when rehearsals kicked off at the Kiln, formerly known as the Tricycle Theatre, in Kilburn.

They are by now well underway, with the play opening for previews on May 19 and to the public on May 25.

Joining Walsh in the production, which is presented in partnership with Dublin’s Abbey Theatre, are Nina Bowers, who plays Cassandra, Daon Broni as Aegisthus, Jim Findley as Tyndareus, Kate Stanley Brennan as Cilissa and David Walmsley, who plays Agamemnon.

“We were very lucky to have Marina here for the first week of rehearsals.

“It’s always a real treat to have the writer there when you are sitting around a table dissecting a whole play and getting the ins and outs of it – she is just so wonderful to have in the room,” she adds.

“Marina will often say that it doesn’t even feel like she wrote the play – it’s more like it just came through her, which is amazing, like something spiritual.”

Traditionally the story of Agamemnon’s sacrifice of his daughter drives Clytemnestra to seek revenge for her death.

Her violent reaction to the tragedy could call her own character into question, but Walsh is clear that the woman she is playing is a hero rather than a villain.

“I think everyone is the hero of their own story,” Walsh admits.

“The seed of this story is there is a daughter who is slayed by her father for the Gods and ten years later that husband and wife are reunited,” she explains.

“Their chemistry still draws them together but just the inner fury of being let down by somebody in such a way continues to play out for Clytemnestra.

“She just can’t let that go and the revenge is ultimate.” 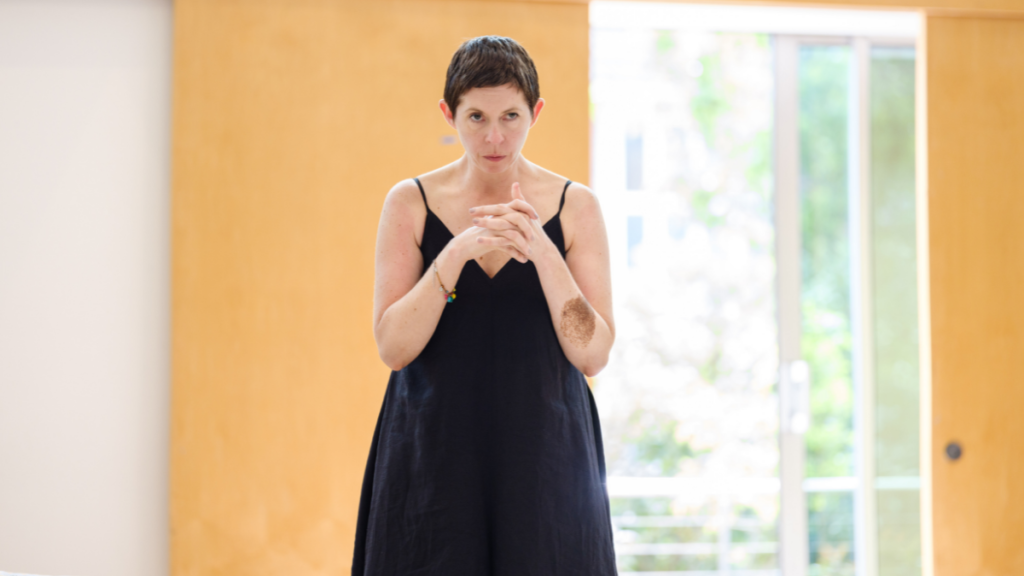 Regarding her character’s state of mind as she plots to avenge her daughter, Walsh says: “She has been slighted, you know, and not just once – in the story you see it happen again.

“You have this woman who is punished for not forgiving her husband, for not taking him back and forgiving everything and moving on, but she can’t.

“So, for me she is very much a hero,” Walsh confirms, but adds that there is more to the story than Clytemnestra’s trauma alone.

“The way that Annabelle is directing it is that she is reminding everybody ‘this is your story’,” the actor explains.

“You’ve got six characters all trying to pull the focus their way – and that is lovely, so you don’t feel like this is just about one person.

Despite the play being based on an ancient Greek myth, Walsh is confident Carr’s Girl on an Altar will resonate with a modern audience.

“All of Marina’s stuff is always relatable,” she says.

“She deals so much in older stories, these myths and legends, but you know, it’s been said that there are only six stories in the world anyway.

“I think at the end of the day this piece is so relatable because it’s a couple just trying to process what’s happened to them and see if they can survive it.

“It’s about love and passion as much as it is about revenge and equalling up the scales.” 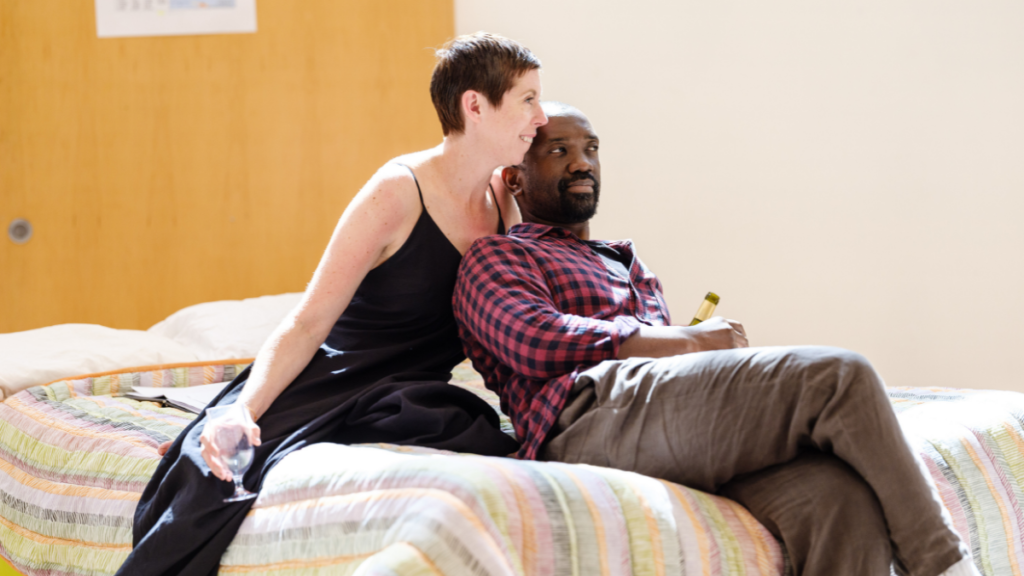 Rehersals are well underway on the production, which opens later this month (PICS: Peter Seale)

So how hard is it to bring that level of emotion to the theatre on a daily basis?

“But there is a real release in actually being able to leave the rehearsal room and leave the work there when you go home,” she adds, “otherwise I would have no teeth left from grinding.”

The actor - who hails from Cork city and has worked in the industry since a teenager - has been living in London for more than 13 years.

Conveniently, she lives just ten minutes away from the Kiln Theatre, with her husband, their two daughters Tippy, 16, and Ethel, 13, and their dog.

And while she is strict about leaving her work in the office when she returns home, Walsh admits she finds it hard to tackle any role without using some of her own life experiences.

“I think you can’t help but channel some of your own family experiences when you do a play like this,” she says.

“In fact, no matter what character I play I think it always has aspects of me in it, which are just magnified,” she adds, “if I’m honest, that’s how I work.

“I think sometimes my connection to this character is stronger because it is a daughter and actually it is two daughters, so that is something I can connect with.

“But that tremendous loss that Clytemnestra has had I don’t know if I would ever know that.

“I don’t know if anyone could ever dare say that they could know anything close to that.

“I lost my dad six years ago and I think God, what must it be like to lose your own baby? - so no I don’t claim to ever be able to replicate that, but I can certainly tap into the trauma of it.” 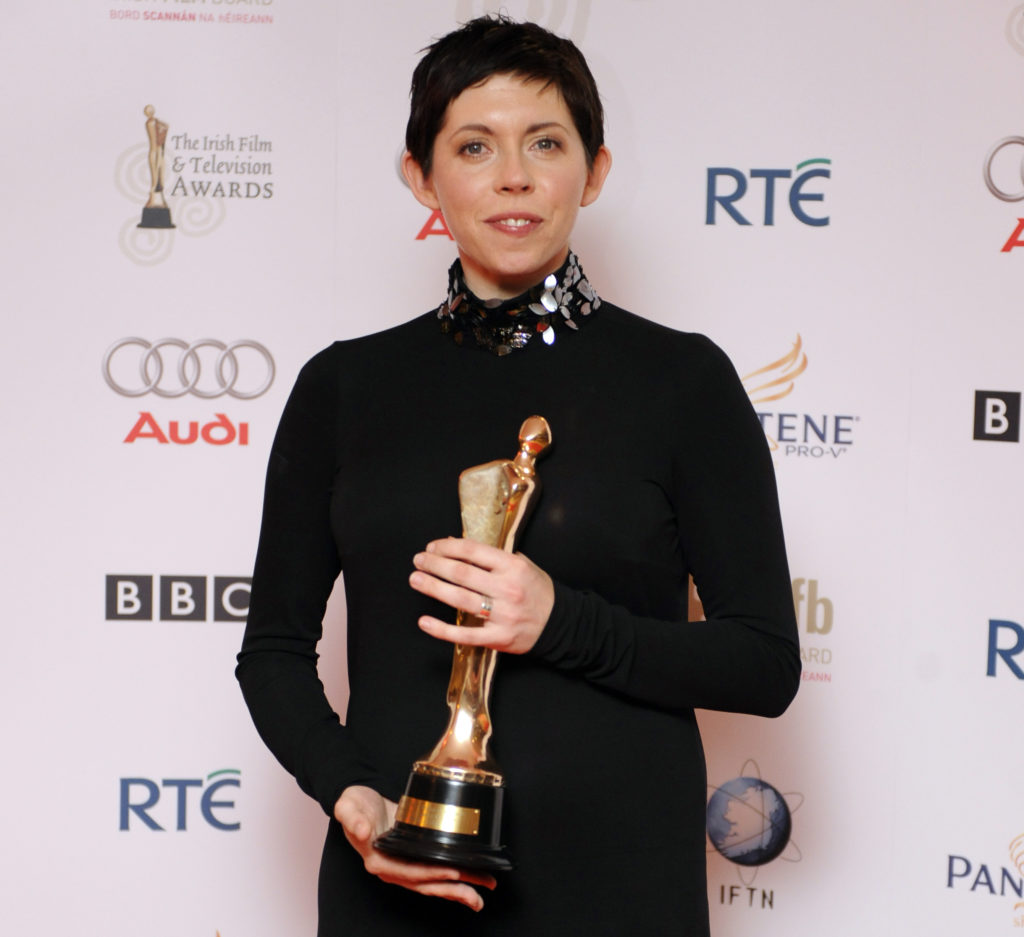 Now acting for many years, Walsh, who is a two-time IFTA award winner, boasts an impressive CV.

Her stage work has been consistent since she won her first job at the age of 17, and has seen her work across Britain, Ireland, and the US - where she most recently appeared at the Irish Arts Centre in New York in Enda Walsh’s play The Same with her older sister, fellow actor Catherine Walsh.

She is also a familiar face on our television screens, having appeared in the likes of Sharon Horgan’s hugely successful Catastrophe series as well as Women on the Verge.

Her film work has included roles in Wolf, an Irish-Polish production released earlier this year, The Children Act, Eden, The Magdalene Sisters and The Van.

But it is on the stage where Walsh is happiest, and she claims her work on Girl on an Altar is up there with some of her favourite jobs to date.

“Working on this play is certainly a huge highlight for me,” she admits.

“I was actually booked for nearly the whole of 2022 to go back to do a massive theatre production in Ireland with a company that I love working with, but due to Covid that fell through.

“I was left in January thinking oh God what is going to happen now, but I was just so blessed that this came in within two months of losing that job.

“When Girl on an Altar came in, I was so delighted I just thought no, everything else goes, this is the one.”

She adds: “I adore theatre, I can’t tell you how much I love theatre.

“And the idea of it being Marina, of it being in London, and of Annabelle, of David Walmsley and Kate Stanley Brennan, you know they are all such lovely actors to be here with that you go ‘yeah, that is why we do it’.”

While Walsh admits she was “lucky” to continue to work throughout the pandemic, as she “got a fair bit of filming and things during Covid which all went ahead”, the actor claims there is nothing like getting back into the theatre before a live audience.

“Nothing beats being back in a room and actually getting on to a stage in the dark,” she says.

Now, as she and her castmates continue to hone their parts before the curtains rise this month, there is also the small matter of pre-opening nerves to attend to.

“The thought of opening makes me feel sick,” Walsh laughs, “because right now we are in such a safe space in the rehearsal room it’s like I never want to leave.

“I’m like, why do we have to show it to people?

“No matter how many times you have done a play it’s always terrifying,” she adds, “and yet two days before the play is due to have an audience you will go, ‘ah it’s really ready to take that step, I’m ready to have the feedback from people’.”