TV GUIDE: Eastenders Kat and Alfie reveal all about special spin-off show in Ireland on The Late Late Show

The pair will be discussing their turbulent on-screen relationship as everybody’s favourite on-off couple Kat Slater and Alfie Moon and translating their TV chemistry to the stage in their new play.

And they’ll be chatting about filming a special spin-off Eastenders in Ireland as Kat tracks down her secret son.

In a Late Late Show exclusive, businessman and broadcaster Bobby Kerr will also give his first interview since announcing his cancer diagnosis.

The Insomnia coffee chain founder will break his silence for the first time since revealing on his radio programme in November that he would be temporarily leaving the airwaves having started treatment for cancer of the head and neck.

The father-of-four will be discussing how his battle back to good health is progressing and why he went public with his fight.

Following the enormous reaction to her documentary Sugar Crash, Dr Eva Orsmond will be in studio to give us the harsh reality of Ireland’s sugar intake and show us how much of the sweet stuff we’re consuming without realising it.

Retired athlete David Gillick will chat about his struggle to find a new path in life after stepping off the track and how he has now forged a new career for himself.

Following on from the phenomenal success of their appearance on The Late Late Show country special, the 15th most watched programme on Irish television last year, The Three Amigos - Jimmy Buckley, Robert Mizzell and Patrick Feeney- will come together again to perform a special medley and chat with Ryan Tubridy about reuniting and packing out gigs as they take to the road again.

All that and performances from 80s favourites Moving Hearts and former Celtic Woman singer Chloë Agnew. 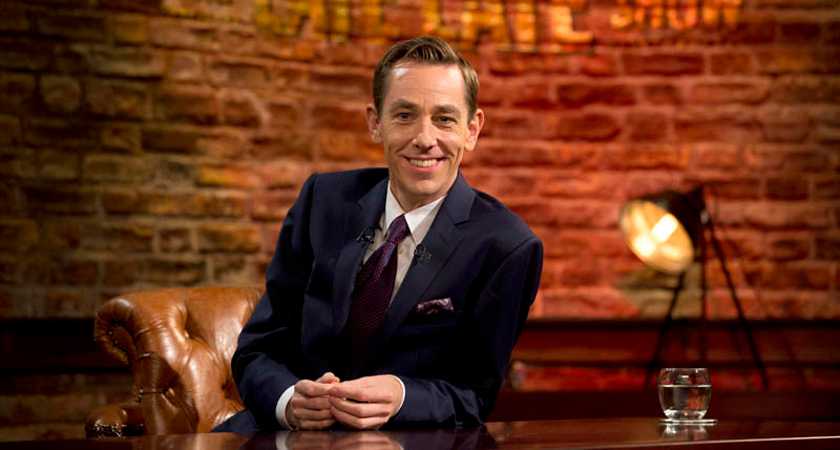 Viewers outside of Ireland can watch The Late Late Show on RTÉ Player International for iPhone and iPad.

RTÉ Player International provides international audiences (outside of Ireland) with over 500 hours of free and paid-for Irish television content.

Enjoy some of Ireland’s most popular TV programmes, including the latest just-aired TV programmes refreshed daily and box sets of great Irish drama like The Clinic and RAW and laugh out loud comedy like Father Ted and Callan’s Kicks as well as brand new documentaries such as Ireland’s Rising, The Irish Abroad and the beautiful Creedon’s Wild Atlantic Way amongst many more.

For a monthly subscription of €4.99 per month (or equivalent in your country’s currency) you can access over 500 hours of TV content on RTÉ Player’s iOS app.