The average person in Ireland drinks 436 pints of beer every year!

PEOPLE in Ireland, on average, drink the equivalent of 436 pints of beer every single year, according to new research.

A study conducted by the Health Research Board (HRB) found that while alcohol consumption levels in Ireland have plateaued since 2013, people are still living up the stereotype and drinking themselves silly.

Consumption remains "significantly higher" than the Government's 2020 target of no more than 9.1 litres of pure alcohol per person per year.

According to figures, the average Irish person aged 15 and over drinks 10.8 litres of pure alcohol a year.

In actuality, because one in four adults in Ireland don't drink at all, the average alcohol consumption rate per drinker is likely far higher.

But Ireland isn't the worst offender in the world, despite our reputation as ... *ahem* ... robust drinkers.

The country is ranked ninth in the world in terms of alcohol consumption, and eight in the world when it comes to binge drinking - which is defined as consuming more than six standard drinks in one sitting. 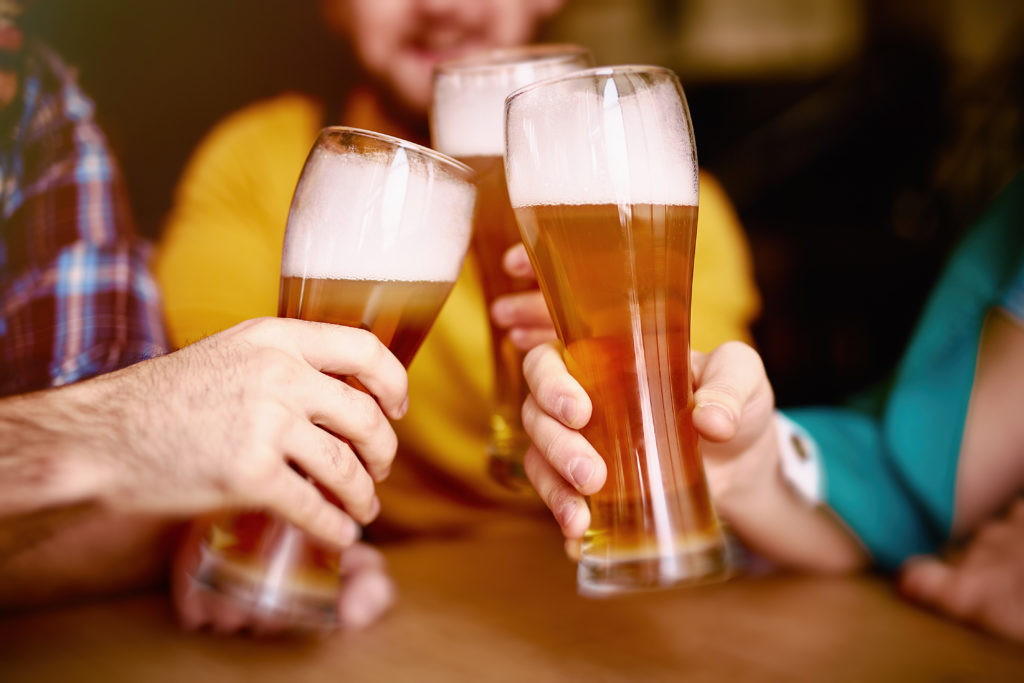 The average person in Ireland drinks 436 pints of beer every year!

The HRB report also found that men aged 25-34 are most likely to be classed as 'hazardous drinkers' and are more likely to suffer death due to alcohol poisoning and conduct alcohol-related self-harm.

Older adults in Ireland tend to drink less, but of those who do drink, a third of them are classed as 'hazardous drinkers'.

Figures show that 40% of men over the age of 65 engage in monthly binge drinking.

Dr Deidre Mongan, co-author of the report, said: "While we have not seen a rise in consumption in recent years, the amount we drink and in particular how we drink continue to put us at risk of serious harm.

"Binge drinking is still widespread, especially among young people. Almost one in four men and one in ten women report that over the past year they have drunk more in a single sitting than would be suggested as a maximum weekly limit by low-risk guidelines.

"However, it appears many of us are unaware that our habits may be harmful. More than half of Irish drinkers are classified as 'hazardous drinkers', yet 74% consider themselves to be a light or moderate drinker."