JANUARY IS by far the longest, darkest, coldest, most depressing month of the year.

Christmas is over but winter is still firmly-- and freezingly-- here; you might be trying Dry January, Veganuary or simply trying to eat healthy to tackle the two weeks you spent surviving on Baileys and Terry's Chocolate Oranges.

No matter how you're spending the last few dark winter weeks before February brings the promise of spring, this recipe for a rich and satisfying potato stew by Frontier Co-Op is sure to warm you inside and out-- but a warning for those attempting Dry January, there is a drop of Guinness involved. 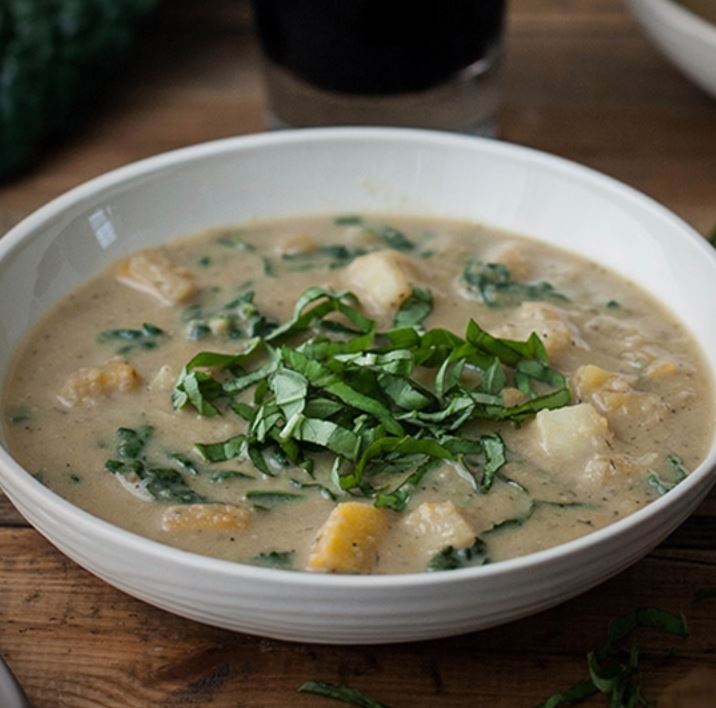 Here's how to make it:

1. Combine oil, leeks and celery in a pan over medium-low hea and sauté for until vegetables are soft (about 8 minutes).

3. Reduce to a simmer and cook until potatoes and rutabaga are tender and soup mixture is thick (about 12 minutes).

4. Return pureed mixture to the pot. Stir in kale and cook over low heat for a few minutes until kale is bright green-- do not allow the mixture to come to a boil.

5. Add salt and pepper to taste, garnish with basil chiffonade, serve and enjoy!