On this day in 1932, Amelia Earhart set off on her record-breaking journey which finished in Ireland

Amelia Earhart stands June 14, 1928 in front of her bi-plane called "Friendship" in Newfoundland. . Earhart (1898 - 1937) disappeared without trace over the Pacific Ocean in her attempt to fly around the world in 1937. (Photo by Getty Images)

AMELIA EARHART took off on her record-breaking flight across the Atlantic ocean on this day in 1932.

The renowned American aviator was the first woman to fly solo across the Atlantic, just one of the many records she broke in her career before mysteriously vanishing on a flight across the Pacific Ocean in 1937.

The American woman was 34 years old when she set off from Harbour Grace, Newfoudland in Canada on what would become a historic flight in her single engine Lockheed Vega 5B.

Earhart had planed to land in Paris, France in tribute to Charles Lindbergh's record-breaking solo flight five years earlier, but instead landed in a field in Derry 14 hours and 56 minutes after taking off from Newfoundland.

The aviator had battled through treacherous conditions including strong winds, icy conditions and even dangerous mechanical problems, but landed safely on the island of Ireland.

While Amelia Earhart didn't reach her planned destination, she still successfully crossed the Atlantic, and as the famous story goes, was approached by a farmer when her small airplane landed, who asked her "Have you flown far?"

"From America," the record-breaker replied airily. 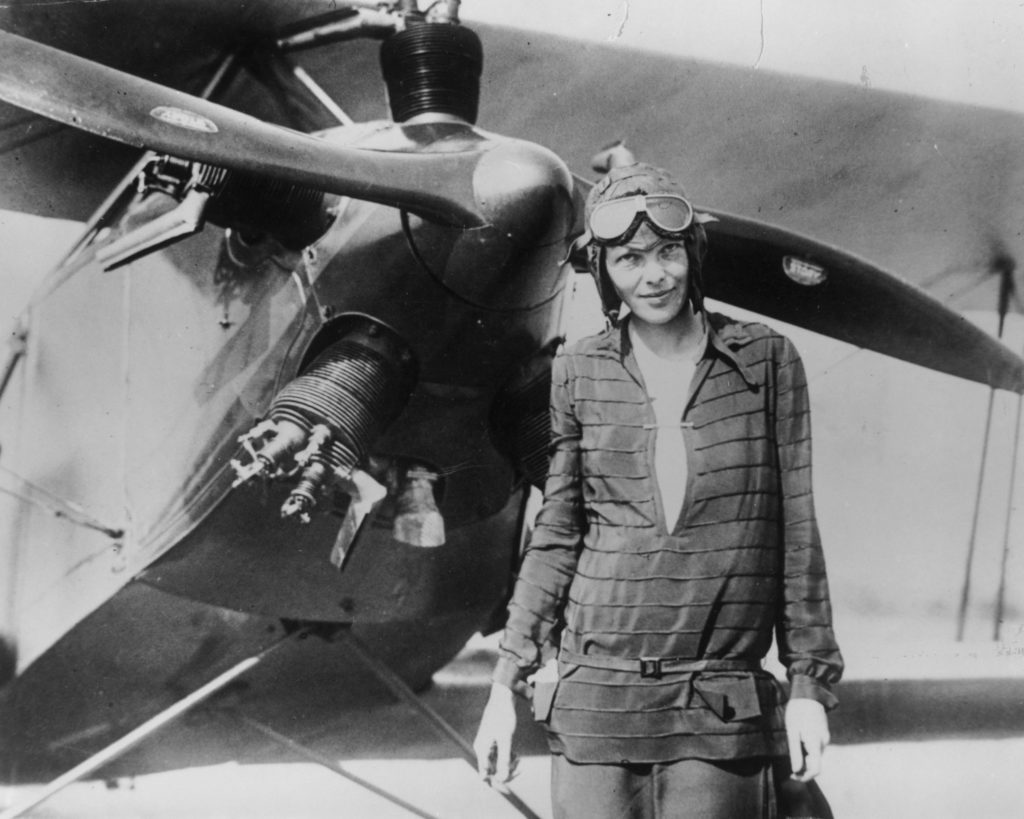 Amelia Earhart stands June 14, 1928 in front of her bi-plane called "Friendship" in Newfoundland. . Earhart (1898 - 1937) disappeared without trace over the Pacific Ocean in her attempt to fly around the world in 1937. (Photo by Getty Images)

Her incredible feat of becoming the first woman to fly solo across the Atlantic led her to become a decorated and iconic figure, particularly in her native America, where she received the Distinguished Flying Cross from Congress and the Gold Medal of the National Geographic Society, presented to her by then-President Hoover.

In France, where she did not reach on her solo trip in the end, she was awarded the Cross of the Knight of the Legion of Honour from the French Government.

While she did not receive any awards from the Government of Ireland, a national park and sanctuary was set up in her name in Northern Ireland where she landed on 21 May, 1932.

The Amelia Earhart Centre and Wildlife Sanctuary was established in Ballyarnet Country Park in Derry, forever immortalising her flight and achievements.

And in 2012, a proposal was brought forward to name Derry Airport after Amelia Earhart, but was placed on the backburner when politicians could not agree.

The aviator vanished in 1937 when she attempted a flight across the Pacific Ocean with Irish-American Fred Noonan, and both were declared over a year later.

The plane wreckage was never found.