Members of the Irish Citizen Army outside Liberty Hall, under the slogan "We serve neither King nor Kaiser, but Ireland"

THE EASTER RISING is undoubtedly one of the most significant chapters in Irish history.

The insurrection, which lasted six days and technically ended in defeat, ultimately helped fan the flames that would eventually lead to the beacon of Irish independence from British rule.

In this series, we're going to be looking back at the days before, during and after the Rising, remembering the heroes who fought and the stories they told. Come and join us:

In April 1916, Irish republicans launched the Easter Rising against British rule and proclaimed an Irish Republic.

It was the most significant uprising in over a century and is marked as the first armed conflict of the Irish Revolutionary Period.

Although it was crushed after a week of fighting, the Rising and the British response led to greater popular support for Irish independence.

In the December 1918 election, republican party Sinn Féin won a landslide victory in Ireland, and on 21 January 1919 they formed a breakaway government and officially declared Irish independence. 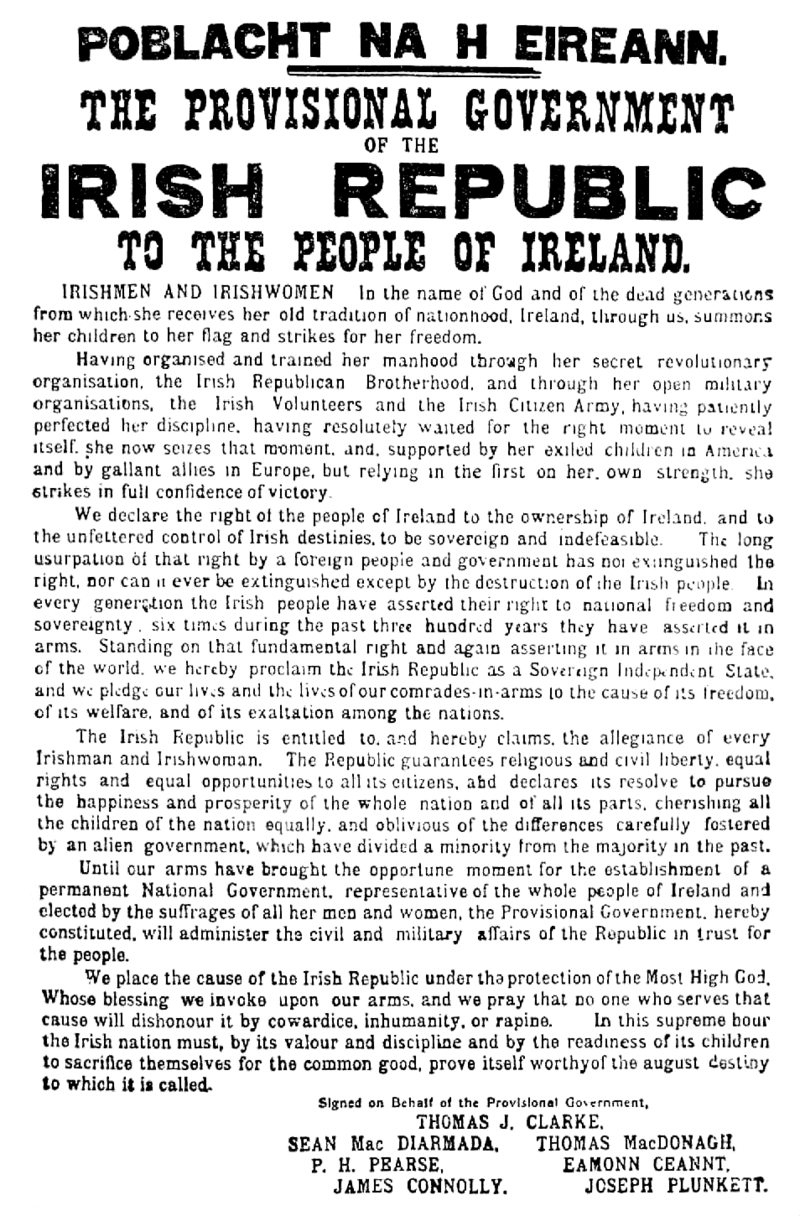 More than 100 years earlier, Ireland lost its parliament in Dublin and was governed directly from Westminster as a result of the Act of Union in 1800.

The threat of Home Rule led unionists in Ulster to establish the military organisation, the Ulster Volunteer Force, which in turn prompted the formation of the Irish Volunteers, and the emergence of these forces undermined British rule in Ireland.

Violence was expected, but the outbreak of World War 1 averted fears of any conflict, as many Irish soldiers headed to Europe to fight alongside the British.

Tensions grew and grew, and three key groups began mobilising in anticipation of an uprising. The Irish Republican Brotherhood (IRB) - which was formed in the mid-19th century, the Irish Volunteers and the Irish Citizen Army - two military groups formed in 1913.

Representatives from all three groups, along with others from fragmented revolutionary hopefuls across the country met and organised a seven-man IRB military council, which planned the Easter Rising in complete secrecy.

Their decision to rise was based on the notion that there was an unmissable opportunity to strike out at the English while they were distracted with the war in western Europe, as well as the fact that the groups feared Irish nationalism was beginning to decline.

A decision to start an uprising had actually been made in 1914, just a month after England declared war on Germany, but the IRB wanted to wait for the ideal time to make their move.

On Sunday, April 23, they met at Liberty Hall in Dublin - following news that their planned insurrection was about to be discovered by the British - and decided to begin at noon the next day.

They decided to elect Pearse as president of the Irish Republic, and also as Commander-in-Chief of the army; Connolly became Commandant of the Dublin Brigade.

And thus, the plan was put into motion. What followed was six crucial days of conflict and struggle, days that Ireland and its people will never forget.