AS the anniversary of the Easter Rising approaches, we're taking a look back at the six history-making days that helped shaped Ireland's future forever.

Last week, we covered the multitude of events and stories leading up to Easter Sunday, including Ireland's growing unrest under British rule and the organisation of the uprising. To read all about that click here.

Today we're focusing on the Rising itself, which began in earnest on April 24, 1916 - a day which will be forever entrenched in the rich and fascinating history of the Republic of Ireland.

On the morning of Easter Monday, around 1,200 members of the Irish Volunteers and Irish Citizen Army assembled at various locations in central Dublin. Many wore civilian clothes in an attempt to blend in with the Easter parade, which was organised by the Irish Volunteers as cover for their planned insurrection.

Word had reached the rebels that the British had caught wind of the uprising, so it began in haste. Uprisings were initially planned for the same day in a number of locations across Ireland, but due to the rushed start, it primarily took place in Dublin.

The number of Volunteers who mobilised was much smaller than expected, but still shortly before midday, the rebels began to seize important sites in the centre of the Irish capital. 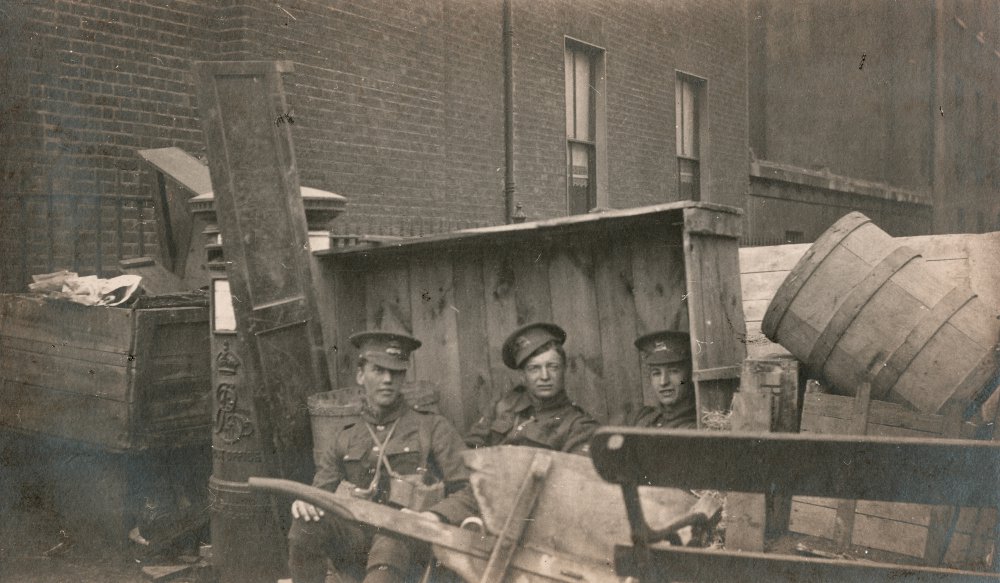 Their plan was to hold the city. The British had five army barracks on the edge of town, and the rebels positioned themselves cleverly along the River Liffey to defend against British counterattacks from all five locations.

They were armed mostly with rifles, shotguns, revolvers and grenades, and they stormed in to take the city centre, evacuating civilians, taking police officers prisoner and barricading the streets to hinder British Army movement.

A joint force of about 400 Volunteers and Citizen Army gathered at Liberty Hall under the command of Commandant James Connolly. They marched to the General Post Office (GPO) on O'Connell Street, occupied the building and hoisted two republican flags.

Patrick Pearse, who had been elected president of the new Republic the day before, stood outside and read the 'Proclamation of the Irish Republic'.

Copies of the Proclamation were later pasted on walls and handed out to bystanders by Volunteers. Meanwhile, the rebels established a headquarters at the GPO, basing themselves there for most of the Rising.

As the insurrection exploded into life, rebels attempted to seize Dublin Castle, the heart of British rule in Ireland. As they approached the gate a lone and unarmed police sentry, James O'Brien, attempted to stop them and was shot dead by Connolly, becoming the first casualty of the Rising.

The rebels overpowered the small number of soldiers in the Castle, but without realising that it was scarcely being guarded and could have been taken with ease, they failed to press on and instead laid siege to the Castle from City Hall. Fierce fighting erupted when British reinforcements arrived however, and by morning rebels had been flushed from the Castle and City Hall was retaken.

During the fighting, a volunteer named Seán Connolly was shot dead by a British sniper, becoming the first rebel casualty. 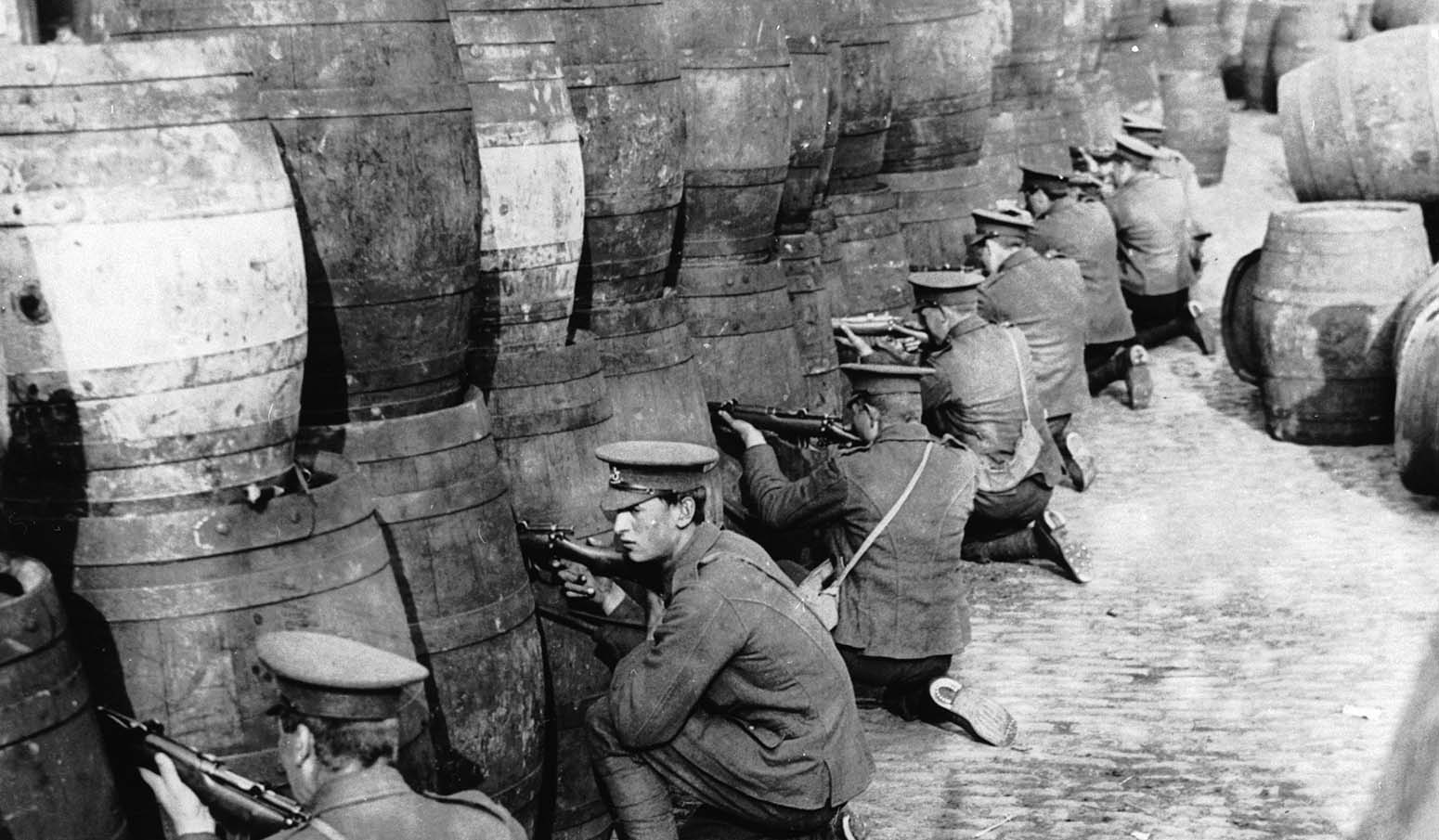 British Regulars sniping from behind a barricade of empty beer casks near the quays in Dublin during the 1916 Easter Rising. (Photo by Hulton Archive/Getty Images)

The rebels' failure to push on take the Castle when the opportunity presented itself was tragically replicated when they failed to take a number of other key locations in Dublin, including Trinity College, which was defended by only a handful of soldiers. This was put down to a general lack of manpower.

As was the failure to capture the telephone exchange in Crown Alley, which left communications in the hands of Government with GPO staff quickly repairing telephone wires that had been cut by the rebels.

British forces were caught almost totally unprepared by the Rising, and their response was un-coordinated and staggered. Had the rebels been a more cohesive and assertive unit, they could have established a far stronger position by the end of Easter Monday.

As the British retreated back to their barracks, the rebels gathered themselves back at the GPO to prep for the day ahead. The streets of Dublin lay in disarray, and a wave of looting broke out in the O'Connell Street area.

Lives had been lost on both sides, including - tragically - a nurse named Margaret Keogh, who responded to the sound of shots and while attempting to tend to the injured, was shot dead by a British soldier.

The Irish lay in wait, for the inevitably brutish response from the British.