Tim Parry would have turned 41 this month

ASK any Irish person in Ireland or England what word comes to mind when you say ‘Warrington’ and they will invariably answer ‘bomb’.

It is that one word which has come to mean, in the realm of modern Irish history, ‘no further and enough is enough’.

It refers, of course, to the two bombs hidden in litter bins that went off in Bridge Street, Warrington, on March 20, 1993.

Johnathan Ball, three, and Tim Parry, 12, died and 54 others were hurt in the explosions, which the Provisional IRA claimed responsibility for the following day.

The turning point that came with that attack, the sense that such horrific acts could no longer continue, was reflected when Tim’s parents Colin and Wendy Parry visited Ireland soon after the bombing as part of a BBC Panorama programme. 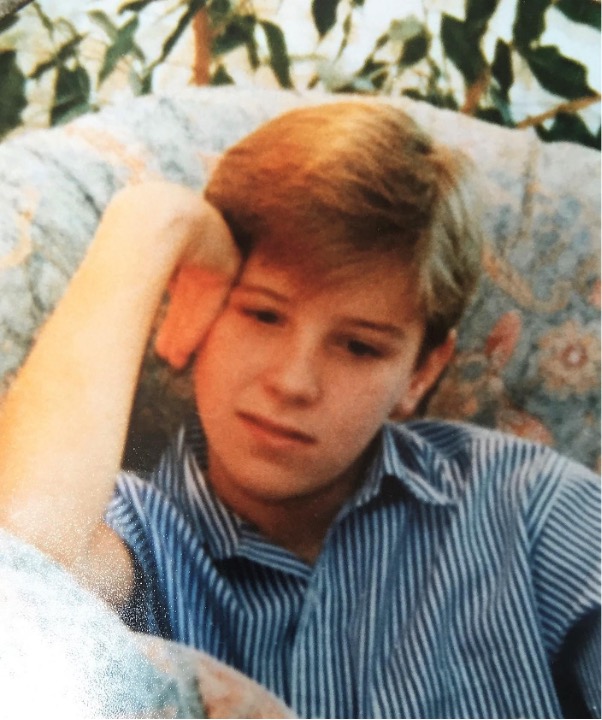 Tim Parry would have turned 41 this month

The Irish people took to the streets of Dublin to follow them, to embrace them, to tell them collectively ‘what happened to your son Tim and the young boy Jonathan was not in my name’.

This was undoubtedly because the boys were innocent children out shopping in their own town on a Saturday afternoon on the eve of Mother’s Day 1993.

This atrocity hit a nerve of fear for Irish people, wondering if their children were killed like that in any town of Ireland; they may not be able to cope.

Many Irish people sent letters of apology to the Parry and Ball families before the funerals. Also, Ireland, North and South, was getting tired of this ongoing, unmandated, so-called ‘armed struggle’, and anger was turning to weariness.

The young, educated generation, whose parents were children when the Troubles started were, in a pending 21st century, not going to continue that violence.

In the early 1990’s there were fledgling peace talks happening in the background and, as the IRA knew, especially after the bombing in Omagh, they were in the endgame lounge.

It certainly seemed like the deaths of Tim and Jonathan turned the tide in Ireland and abroad towards the sense that such tragedy could be no more.

There lies the cruel irony, that those two young boys brought peace as we now know it to Ireland. 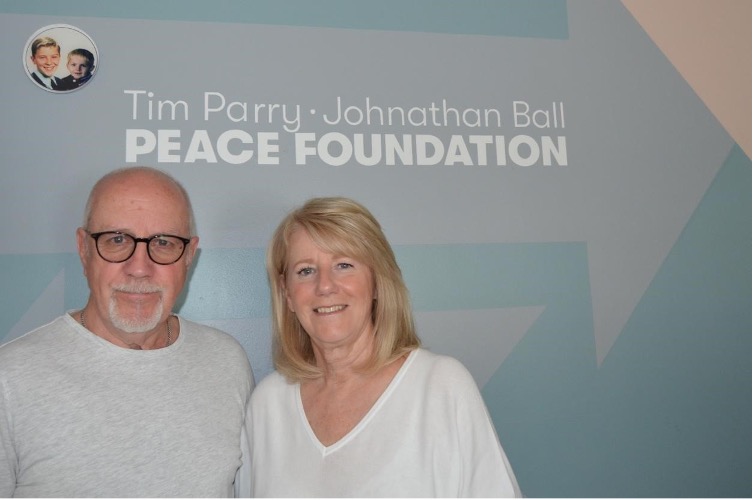 After the bombing, Colin and Wendy wanted to understand why the IRA targeted a high street in a medium-sized town in the Northwest of England.

While in Northern Ireland they visited several organisations that were working for peace, to see how they worked with young people who lived in the time of the Troubles.

Colin and Wendy then set up their own Peace Foundation in 1995 to provide a movement, a place where peace could finally be delivered between the ordinary people, and especially the young people, between our two islands.

In 1996 they organised their first exchange programme for young people from Belfast, Dublin and Warrington, entitled The Tim Parry Scholarship.

This was so successful that Wendy proposed building a Peace Centre both as a memorial to the boys, and to strengthen the East-West dimension to the peace process in Ireland.

On March 20, 2000, the seventh anniversary of Tim's death, they formally opened the Tim Parry Johnathan Ball Peace Centre, a substantial building just outside the town centre, located on Peace Drive.

Colin tells some lovely anecdotal stories of how the money to build it was raised.

Now with their own place, they were able to expand their programmes for young people from Belfast, Dublin and Warrington and host them residentially in Tim’s hometown.

Next, they undertook a study in 2001 to look at the specific needs of British-based victims of the Northern Ireland conflict.

Alongside the improving UK-Ireland political situation, the Foundation began working with victims of worldwide terrorist attacks providing support and assistance.

The US World Trade Centre attacks on 9/11 in 2001, the 7/7 bombings in London and the Manchester Arena bombing in 2017, meant the Foundation developed new programmes, working not only with young people but also adults and communities from different ethnic and cultural backgrounds across Britain. 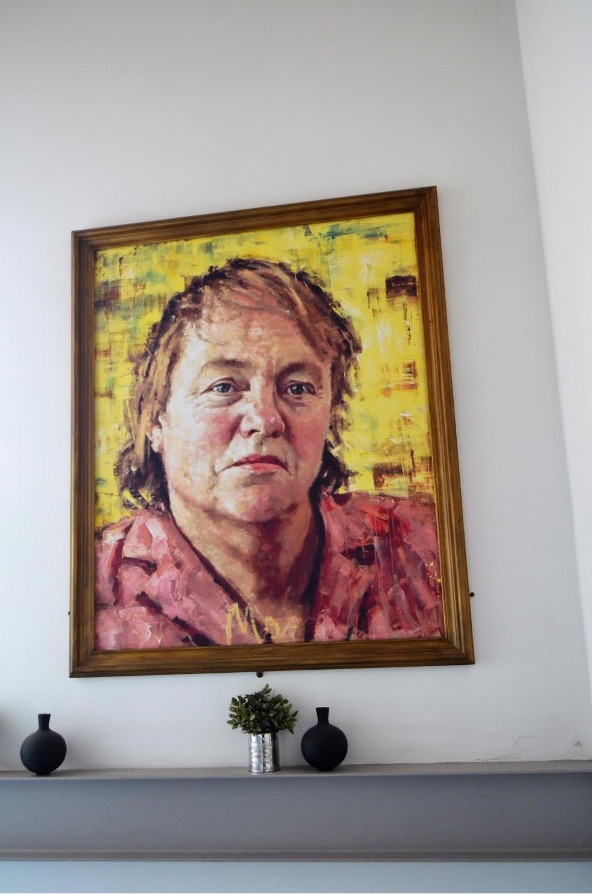 Colin and Wendy were gifted this picture of Mo Mowlam

With an equality agenda throughout, the Peace Centre also works with women’s groups to build their skills, recognising their unique abilities to influence their families and their communities.

Having visited and met Colin and Wendy I think the Centre would be an ideal place to offer support for the Travelling community in the UK, with resolution and mediation issues, now and into the future.

Today Colin and Wendy have a great team of staff and volunteers who have become a family of carers and peacemakers over the years.

Much of the day-to-day delivery of the Centre services is managed by Chief Executive Nick Taylor.

The Peace Centre offers residential safe space for intensive courses on the very important work of preventing young people getting caught up in the political and religious conflicts of the 21st century, especially for young people fleeing violence.

Wendy was keen to tell me about a Peace Foundation programme in conjunction with Shared Ireland, looking at how to develop post Brexit political change and shared peace aspirations on both Islands.

They are working in partnership with the Bloody Sunday Trust, which promotes conflict transformation nationally and internationally, and who better to learn from than the established Tim Parry Johnathan Ball Peace Foundation.

Nick Taylor alerted me to their other Irish-focused project, Facing up the Future. 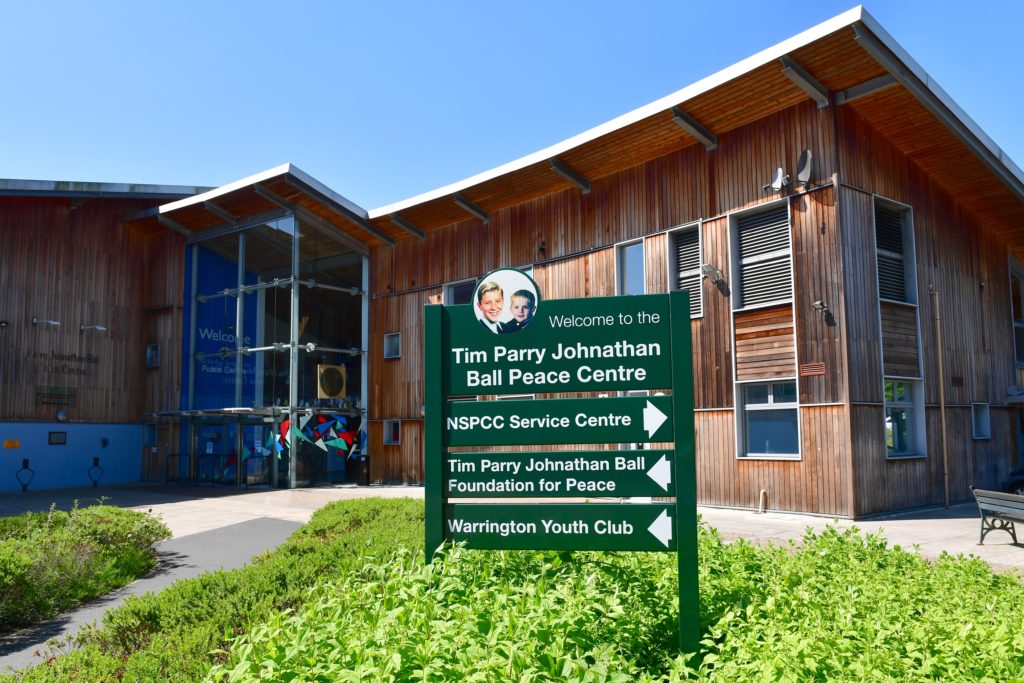 The Tim Parr Jonathan Bell Foundation For Peace in Warrington

Funded by the EU, this ten-week free programme is delivered in collaboration with the Victims and Survivors Service of Northern Ireland, to develop ‘people leaders’ across the two islands as community leaders and facilitators of difficult conversations /resolution training.

Both were delivered online during Covid, and so you can foresee how more effective they will be and how much they will be needed as we exit the pandemic.

Tim Parry would be forty-one this month, his birthday fell on September 1.

Having a son myself, I have struggled with comprehending what the Parry family have lived through and with trying to convey the raw courage of this couple.

Colin, however, does not struggle for words.

“Today my 12-year-old son Tim is 41. His life was ended by an IRA bomb, but it helped bring peace to GB, NI and ROI thro @peacefoundation. Wendy and I wanted to make Tim’s life have meaning and I think we’ve done so. RIP Tim. Your light shines bright x”

What more can you say?