THE WILD ATLANTIC WAY is the sparkle in Ireland's eye, the blush in Ireland's cheek, the flutter in the Irish eyelash.

The stunning trail that runs down the entirety of the west coast of Ireland runs through Counties Donegal, Leitrim and Sligo in the north; Counties Mayo, Galway, Clare and Limerick in the midwest; and Counties Kerry and Cork in the south.

It sweeps up and down mountain ridges, across jagged cliffs, along winding beaches and through charming woodlands.

And it doesn't just boast natural beauty. The towns, villages and folk of the west coast are just as pleasant to experience.

To describe the Wild Atlantic Way as a must-see to tourists visiting Ireland wouldn't be overdoing it.

If you do decide to come, you'll no doubt come across so bizarre-looking place names.

Don't get me wrong, the average Gaelic place name would have the world's finest tongue-twister aficionado gasping for air, but there's a number across the Wild Atlantic Way that have a story worth telling. So here's a few for you:

A nice easy one to tuck into first! 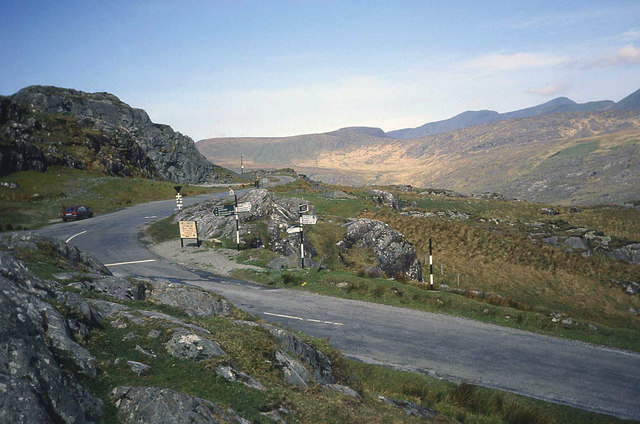 A local woman named Moll Kissane is said to have set up a shebeen (unlicensed drinking establishment) at this rocky pass, which cuts through the hillside, linking two sides of Kerry to each other, in the 1820s. Despite the legal infractions of what she was selling and where she was selling it, her name (and her booze) became synonymous with the pass, and so the name stuck.

The area’s original Irish name is Céim an Dáimh; 'the ox’s step'. 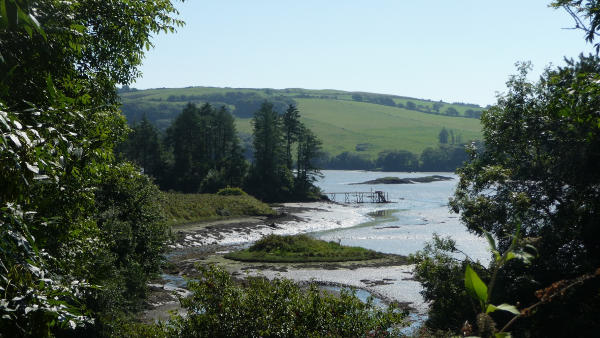 Originally Léim Uí Dhonnabháin, which translates as O’Donovan’s leap (léim being the Irish for leap or jump). The town is named after a lucky local Irish chieftain, who leapt across a ravine to escape pursuing British soldiers.

Another mouthful, but fairly straightforward once you break it down. This comes from Cúil na nUaithneach, possibly named after the land/nook of Uaithneach, an Irish family in the 12th century. 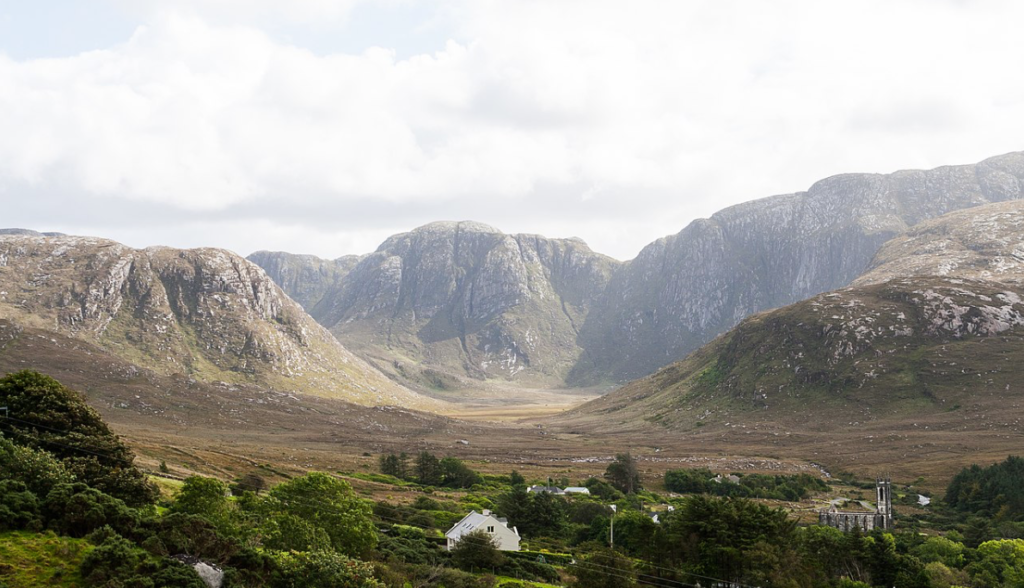 From Dun na nGall, it literally translates to 'fort of the foreigners', and refers to the Vikings. Raiders from Scandinavia originally settled in Ireland in the 8th century and raids continued for the next 400 years. 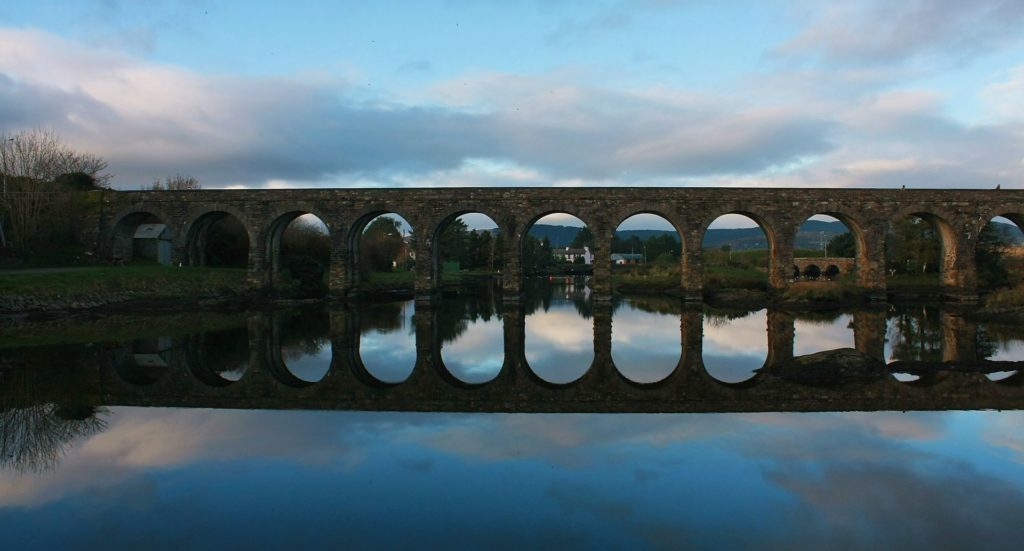 Béal Átha an Dá Chab; which means 'ford mouth of the two openings'. The river which flows through this little town divides into two a short distance upstream. Beauty with a splash of history, lovely.

OK, we don't need to translate this one, but we'd better explain it. It was given as an ironic nickname to what was described in 1839 as "a few cabins situated on the property of the Marquis of Thomond".

The Irish name, Móinín na gCloigeann ("little meadow or bog of the skulls"), appears to be a mistaken transfer from that of another place, also called Boston in English, near Cratloe in the south of the county. 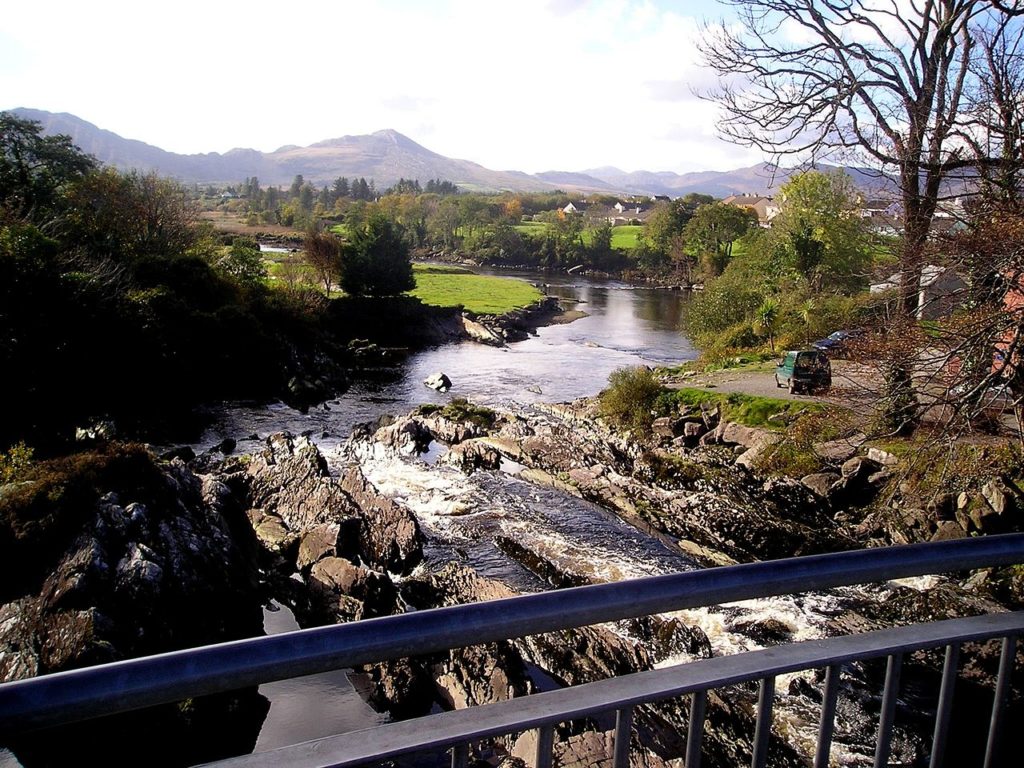 An tSnaidhm, which means 'the knot' in Irish. Its definitive origin is unclear, but it’s possibly a reference to the knot-like swirling of the Sneem River as it moves into the village’s estuary. Sneem’s river, and possibly the inspiration for its unusual name.

Named after the 'sea wind', which blows in from the wild Atlantic, of course. 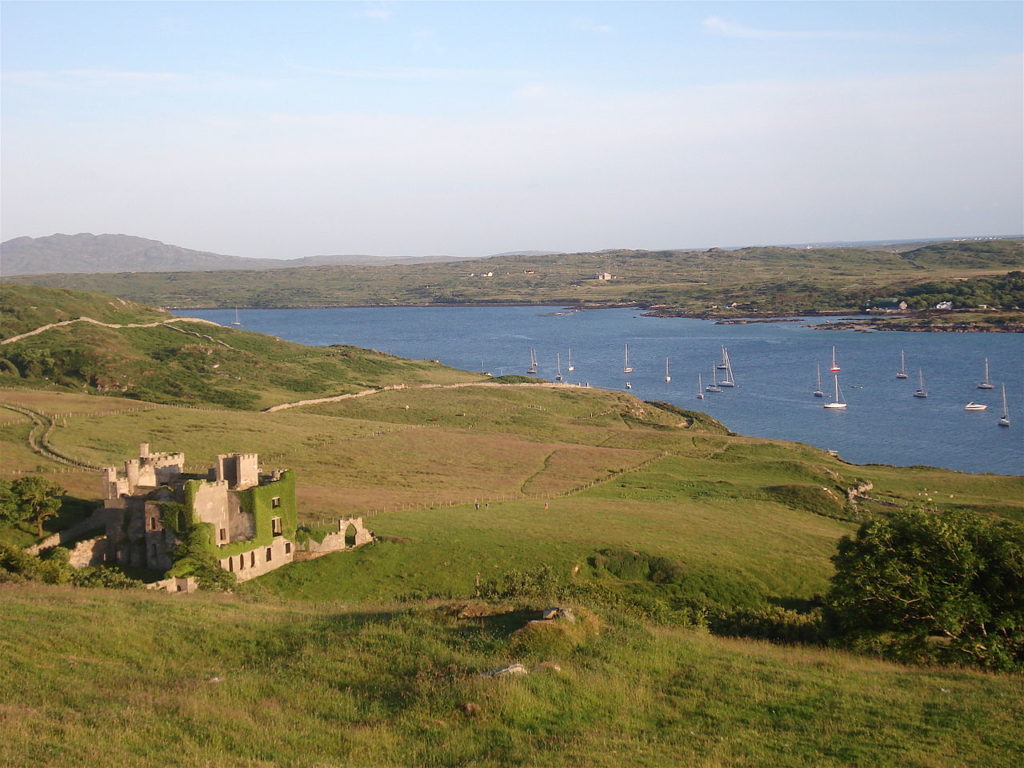 Clifden comes from An Clochán, meaning the 'stepping stones'. The adjacent area of Connemara encompassing the National Park translates from the magical Conmhaicne Mara - 'descendents of Con Mhac (Cormac), of the sea'.

Chluainte Prochlaise, which translates as 'lawns of the badger warrens or dens'. This surf town is located on the tip of the jutting Mullaghmore Peninsula on the Surf Coast.