BY the time you read this, October will more or less be upon us. It wasn't that long ago that every park was filled with more sunglasses than people and more unnecessarily exposed bellies than an hour-long loop of Chunk from The Goonies doing the 'Truffle Shuffle'. It' only been 2019 for a half a flash, but now we're three-quarters of the way through it. Scary stuff. And speaking of ...

Halloween is the next big holiday on the horizon (unless you're a big advocate of national sausage pizza day - Oct 11, as if you needed to be told), and Ireland has a rich history of spook-based traditions. Here are some of the best. 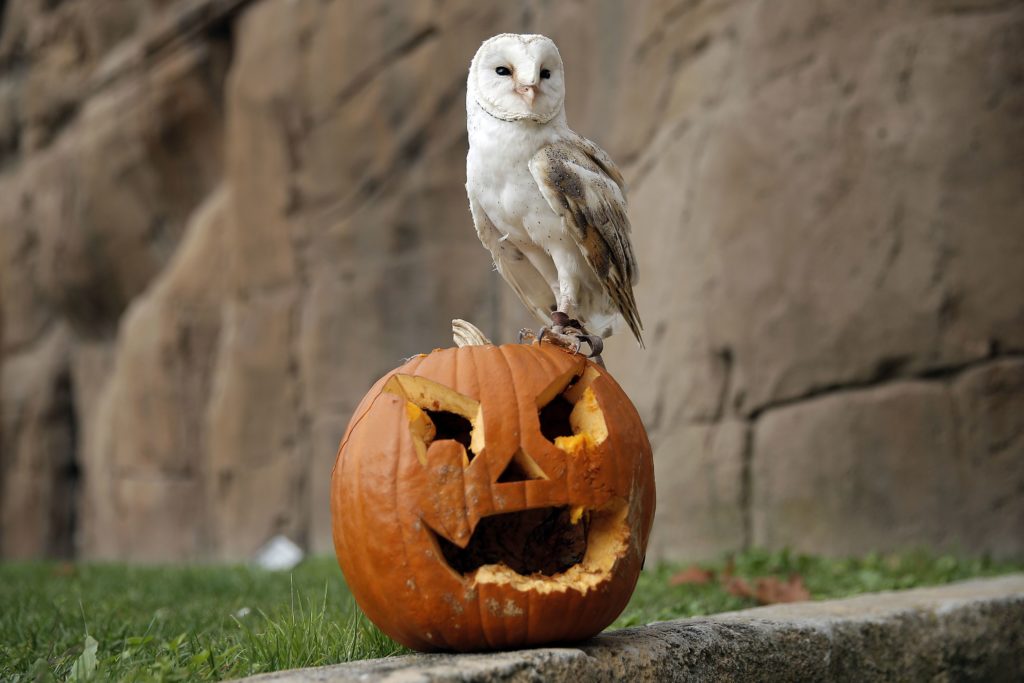 Nothing particularly Irish about this, it's just that you don't often see an owl on a pumpkin

The clue is in the Irish name.

There are a number of origin stories for the Jack-O'-Lantern floating around but the one with most substance dates back to Celtic times. Halloween was originally a pagan festival called "Samhain," meaning "end of summer." The Celts believed that on the eve of Samhain dead spirits would visit the mortal world. They lit large bonfires to keep these spirits away.

In order to keep that notion going, people would often carry home an ember from the communal bonfire, and would hollow out a turnip in order to walk home with the same flame.

And when the Irish emigrated to America, they adapted the tradition to pumpkins, because turnips were a lot harder to come by. 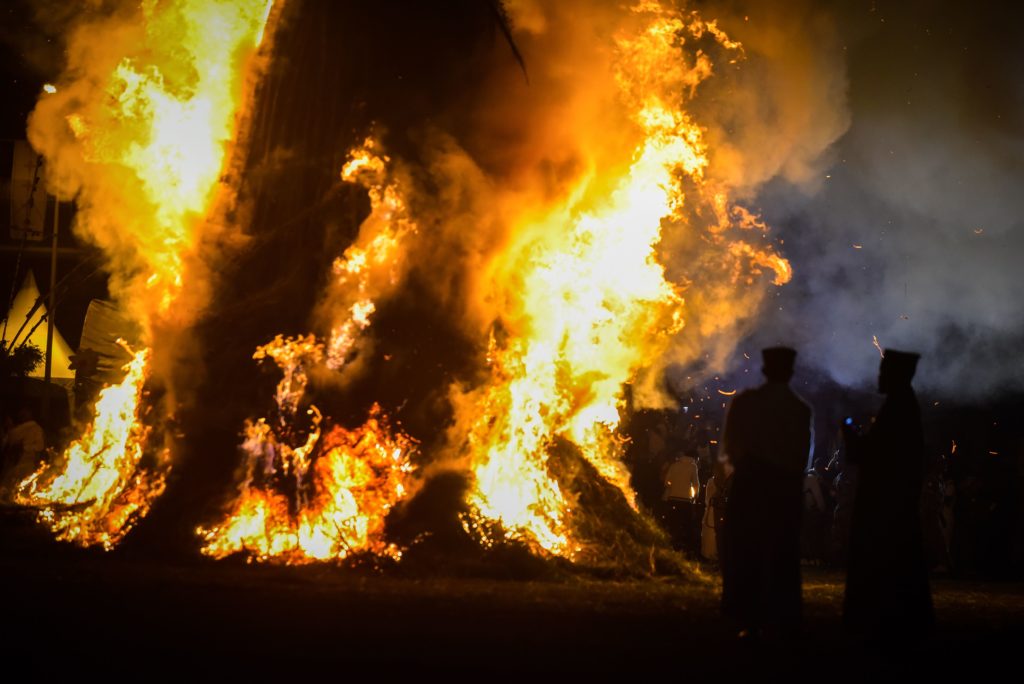 As mentioned above, during Samhain, large bonfires would be lit in order to keep evil spirits away. Samhain was the one day a year when these dead spirits could walk the earth, and naturally, the Celts developed a number of ways of protecting themselves from them.

The jack-o'-lantern was used as a way of getting the flames safely back to your house so you could light your own fireplace with the spirit-repelling embers.

Often, the day after the bonfire the ashes were spread across the fields to further ward off bad luck for the farmers for the coming year. 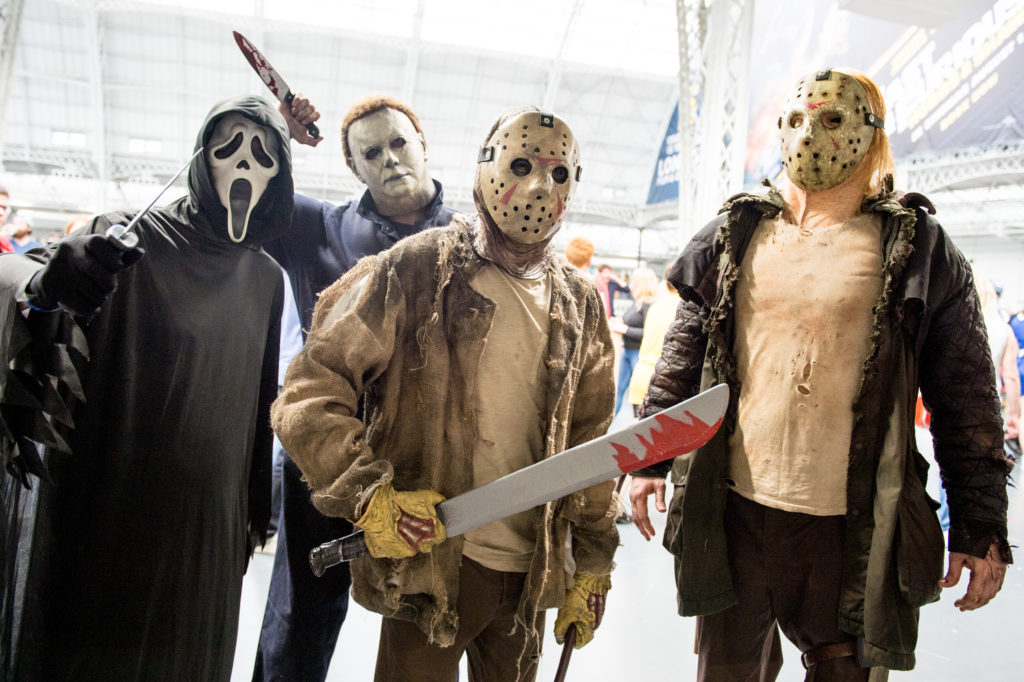 Also linking back to the festival of Samhain, costumes were another method of hiding yourself from the dead spirits which walked the earth on that fateful day.

Celtic communities would gather around their bonfires and disguise themselves dressed in animal skins and leather, in order to hide from evil spirits. The idea was that if they did indeed encounter a spirit, it might think they too were dead because of the animal remains draped over them. 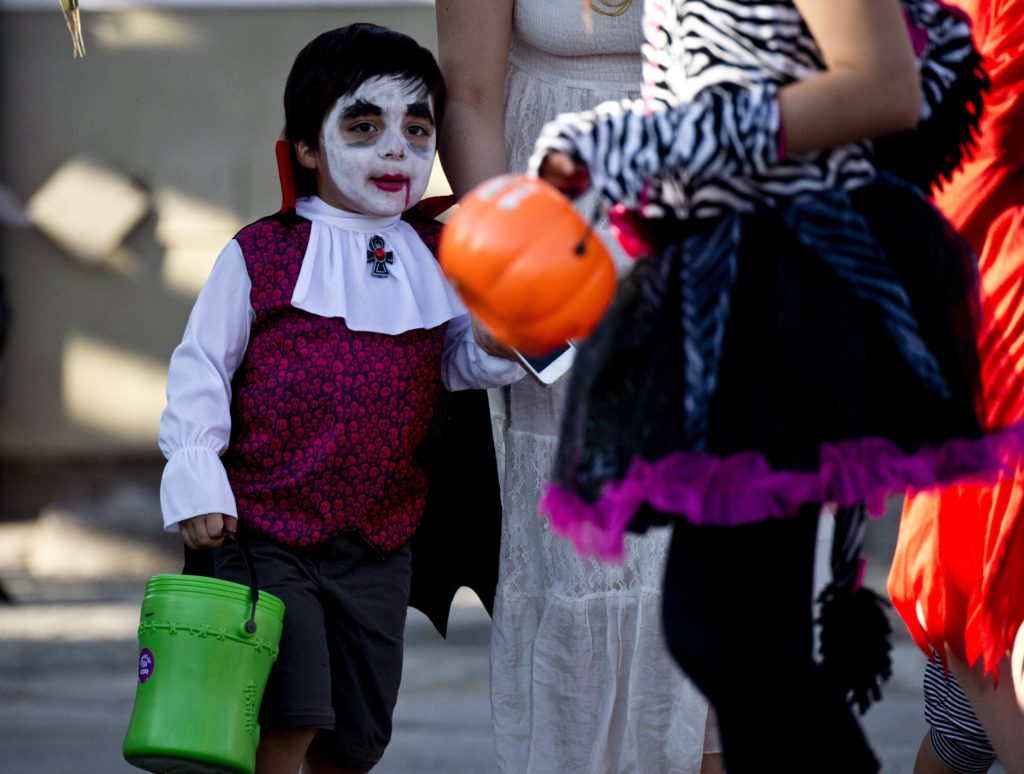 Trick or treat originated centuries ago. In Ireland, the poor would go from door to door at rich peoples homes and ask for food, kindling or money. They would then use what they collected for their celebrations on Halloween.

Another theory is that the practice dates back again to Samhain, where those disguised in costumes would essentially blackmail those not in costume to give them food or money, otherwise they'd let the evil spirits know where to find them.

For the sake of a a mouthful of skittles, I'd take that deal, wouldn't you? 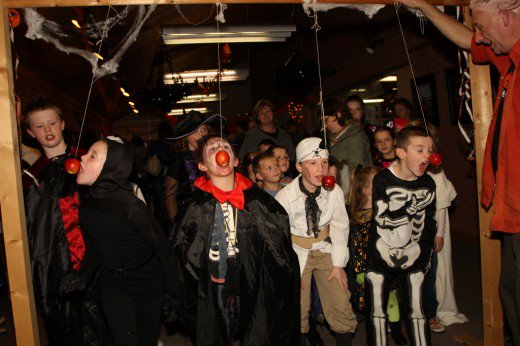 Similar to apple bobbing. Snap apple is the practice of trying to take a bite out of an apple, suspended on string, while blindfolded and with your arms tied behind your back.

It originates in Co. Kerry and  the idea is the first person to get a decent bit of the apple wins! It's harder than it sounds. Bobbing for apples is slightly different, where apples are dropped into a basin of water and you have to go in head first and try to get a bite.

Apples have long since been associated with love and fertility. It was said that whomever got the first bite of the apple was to be the first in the group to marry.