IF YOU'RE only in Dublin for a short break don’t even try to fit everything in. Here, our travel writer Bridget Whelan, select four and a half things to do that will give you an insight into a week that gave birth to modern Ireland

I was only in central Dublin a matter of minutes before I saw my first army troop carrier. Its boiled cabbage paintwork and squat body was as evocative of the years around World War I as a red poppy in a buttonhole.

Later that afternoon I was sitting inside one of the especially adapted trucks owned by the 1916 Freedom Tour, sitting on an authentically hard bench.

Audio visual displays relayed the sounds of Dublin a century ago, but it was the guide and the driver that gave a feel of what it must have been like to live through six days that turned a bustling, congested city into a battlefield.

Dressed in period uniforms from both sides of the conflict, the tour includes key locations such as Mount Street Bridge, Jacob’s Factory and Dublin Castle.

We heard about the daily ceasefire that allowed the park keeper to feed the ducks on St Stephen’s Green, the mistakes made and the 40 children killed. 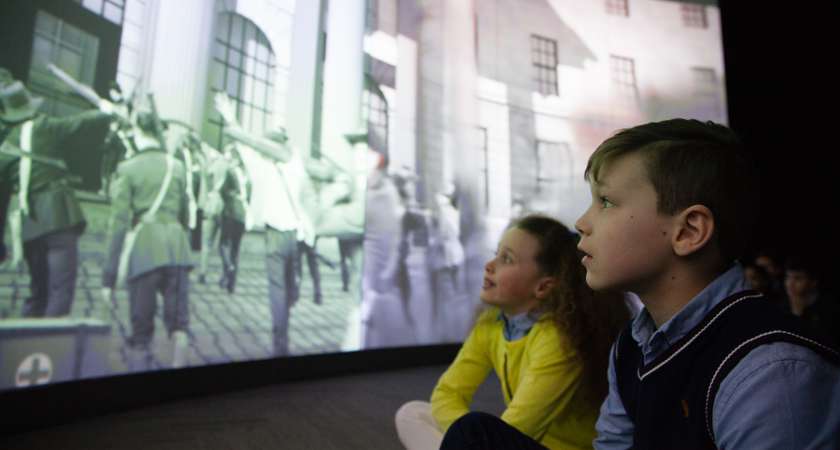 Inside the new GPO visitor centre

The story is told through the eyes of combatants and the ordinary men, women and children of Dublin and it is done without taking sides.

Harder still, it is made relevant to audiences that could include experts as well as those who only have a vague idea of the importance of the Easter Rising.

There is something about the physicality of the hour long tour that opens up the mind.

Knowing it was from that particular window a sniper’s shot rang out and along these streets that soldiers marched brings it to life and turns history into a human story, making it a perfect introduction to the 1916 Commemoration.

2. The Heart of the rebellion

You may have seen the GPO from the outside, and even popped into the elegant interior to post a letter or buy a stamp, but until now visitors weren’t catered for in what is arguably Ireland’s most famous historical monument.

I was there in early March and had the privilege of being one the first to walk through the main entrance.

Though technology, video, sound and special effects there’s an emphasis of what it felt like when the building was the rebellion command centre. 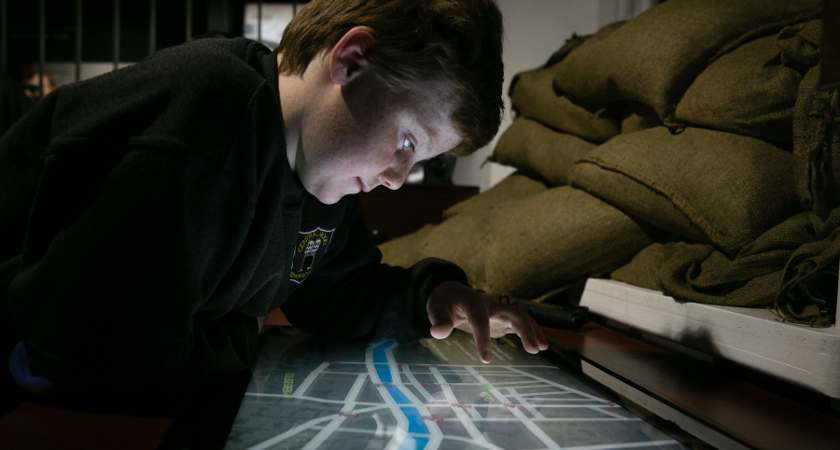 The centerpiece is a large semicircular screen which plays a 15-minute film that not only puts viewers inside the GPO at crucial times, but also provides a bird’s eye of view of burning, bleeding Dublin and the military forces amassed outside.

The graphics are more like a computer game than a conventional film and children will love it and, more importantly, understand it.

This is not a museum for children, but it is one that has deliberately set out to be accessible to young people and I can see it crowded with school parties and families in years to come.

Kilmainham Gaol’s held nearly all the Irish political and military leaders from the late 18th century to the early 20th century. Robert Emmett and Charles Stewart Parnell were here, as was De Valera, Constance Markievicz and the other leaders of 1916.

So too were thousands of men, women and children over the years, many of whom were sentenced to hard labour or transportation for crimes which seem trivial to our eyes.

Dress up warmly for your visit. The cold goes bone deep in the older part of prison, built shortly after the real Bastille was destroyed.

Here men, women and children could be housed – without light or sanitation - six to a cell that was only intended for one. The Victorian wing is brighter and warmer and seems almost civilised in contrast. It is also strangely familiar. 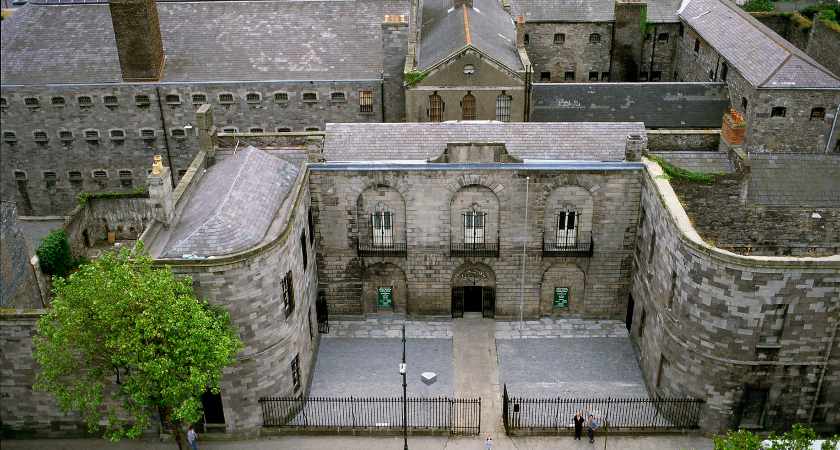 I couldn’t put my finger on it until the guide explained that it is a popular film location.

In The Italian Job, for example, criminal mastermind Noel Coward acknowledges the adulteration of his fellow inmates as he walks down the central staircase.

The 1916 leaders had no such comfort. The Rising was unpopular and the mood only changed as each day brought news of another execution.

The first to die was Patrick Pearse, Commander in Chief of the Irish Volunteers and the last – nine days later - was James Connolly, head of the Transport and General trade union and The Citizens’ Army.

After a century it is still poignant to view the crosses that mark where each man faced a firing squad.

Connolly’s is on the other side of the yard, near the rear entrance. Brought by ambulance from hospital, he was dying from his wounds and had to be strapped to a chair.

The last stop is to what Dubliners call the dead centre of Ireland: Glasnevin.

Built for all religions and none at a time when there was no Catholic graveyard in Ireland and the restrictions on public services were so severe that a priest saying payers over a grave could be in trouble.

Daniel O’Connell led the campaign for all Irish to bury their dead with dignity and it is fitting that his 165ft tower dominates a landscape of Celtic crosses and limestone angels.

This is not a depressing place, but you will be glad of a warm coat and a scarf because the wind that blows is as chilling as a cell in old Killmainham. 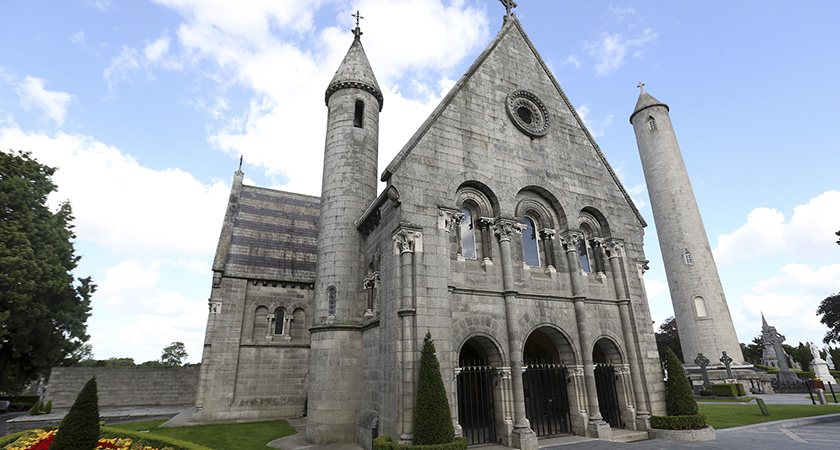 A million and a half are buried here: Dublin rich and poor, the famous and the forgotten.

The majority of those who died in the Rising are here, as well as those who played a part in Ireland’s road to independence: the flag makers and anthem writer, the soldiers, poets and politicians.

You don’t need to go on a tour, although it’s worth it as the guides bring with them a an in-depth knowledge that means they don’t need to follow a script.

This is a place they love and know. You won’t, however, need directions to Michael Collins’ grave.

There is never a day when it is not covered in fresh flowers and in February Valentine cards arrive for the lost leader killed during the civil war.

Inside there is a new 1916 exhibition, a museum and a café but leave time to wander by yourself in the grounds: a million and a half graves and each one has a story to tell.

And finally, we promised four and a half things to do and here’s the half...

Dublin is not short of good places to eat, but if you want an excellent and reasonably priced lunch (served all afternoon) go to the café belonging to the National Irish Library.

It is not run by a chain but a dedicated chef and his team and it shows in the quality of the imaginative food on offer.

If you have time to spare, you can visit the library’s 1916 collection and the Yeats exhibition downstairs. But the real bonus is that Leinster House is next door.

If you’re lucky you might rub shoulders with history in the making as TDs often find that Café Joly is a peaceful refuge away from the hub bub of the Dáil. 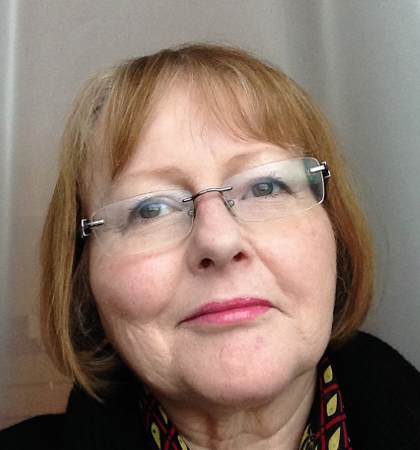 Bridget Whelan is a writer and Chair of Beach Hut Writing Academy, a not-for-profit co-operative of professional writers.

The gaol is open all year. Reduced fees of €4 per adult is currently applicable during re-development works but check on the website. You can only visit as part of a guided tour. If you book in advance, don’t be late.

Tickets can be pre-booked online: the adult ticket is €10 and there are discounts for other categories.

It is open every day between 10am and 5pm. Tours cost from €7 and there is a discount if pre-booked online.