FEBRUARY 1 is St Brigid’s Day. Here are 11 facts about her life, career and feast day.

Brigid is one of Ireland’s three patron saints. The other two are St Colmcille and St Patrick. Her feast day falls on February 1, which is also the Celtic first day of spring, also known as Imbolc. 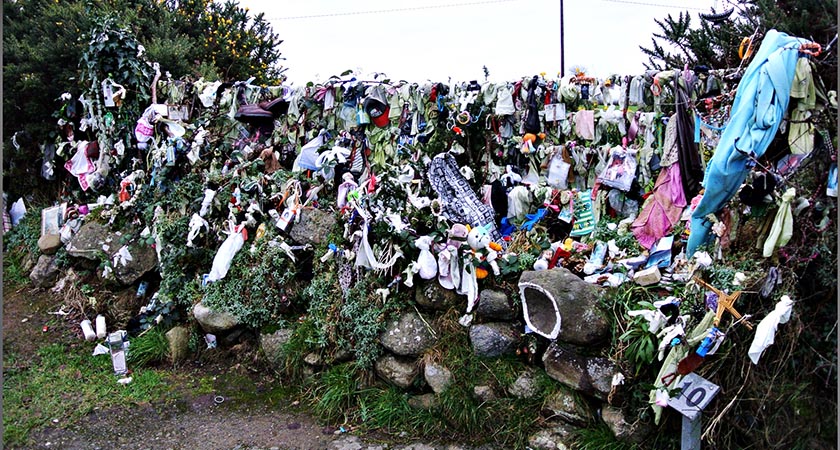 Hard facts about the lady are notoriously hard to come by, but it seems Brigid was born in Faughart, Co. Louth maybe around 453.

Her shrine in Faughart is still hugely popular with pilgrims who leave votive offerings by the well and on sacred rocks, which were originally used for pagan worship.

Faughart was at one time the site of a major monastery - now it’s the site of the Stations of the Cross, situated in a tranquil beech grove.

The view from Faughart is superb – north to the Slieve Gullion Mountains of South Armagh, and to the south the plain of Murthiene and on to the Cooleys, the birthplace of Cú Chullainn. 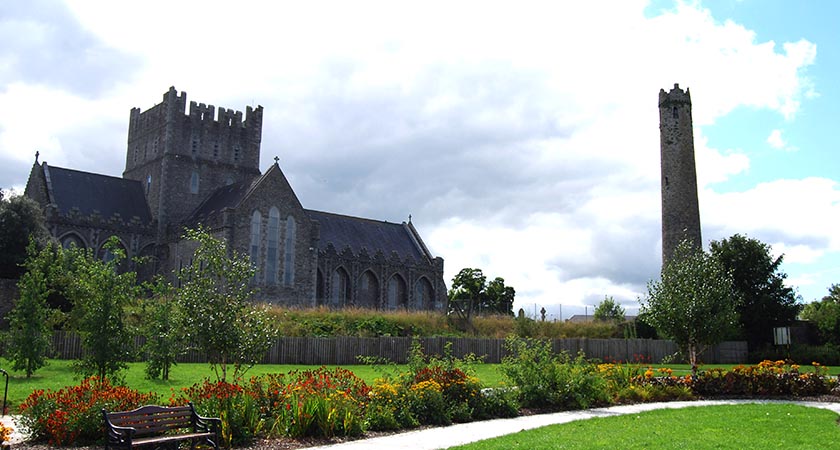 According to legend, Brigid set up her first convent in Kildare.

In fact, the town owes its very origins to St Brigid.

She set up shop in Kildare, at the foot of Croghan Hill. From there Brigid moved to Druin Criadh, where under a large oak tree she erected her famous Convent of Cill Dara, translated as, "the church of the oak". 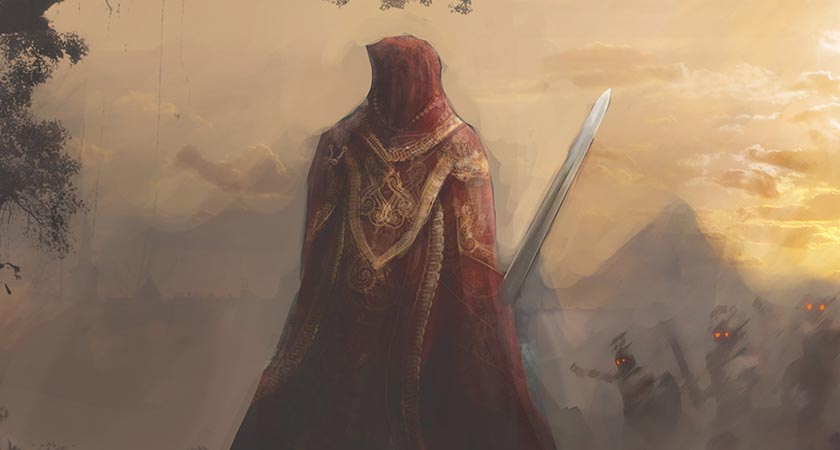 The ancient Celts became involved due to a fairly common practice by the early Christians.

When spreading the Gospel they would regularly take a pagan feast day that already existed and, whistling innocently to distract attention, insert their own feast day in its place. 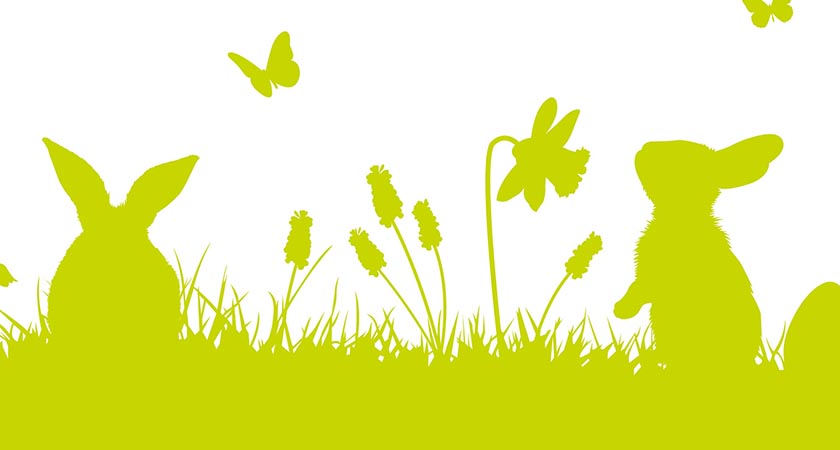 The reason for February 1 being the beginning of spring is due to the pagan goddess called - wait for it - Brigid.

Her name translates as ‘Fiery Arrow’. According to legend, she was the daughter of Daghda, a very big mover and shaker in the Celtic world indeed.

He was, in fact, the head honcho of the Tuatha de Danann – and you don’t get much bigger than that.

So it won’t surprise you to hear that the goddess Brigid was associated with healing, fertility, poetry and learning.

Multi-tasking, and then some.

When Brigid (the Christian one) moved into the pagan feast day  slot, she took over some of her predecessor’s duties.

In particular, she retained her springtime duties of bestowing her blessings on the crops and livestock of the people.

This is the custom of making crosses out of rushes and placing them in homes on the feast day.

The custom has its origins in the legend of Brigid’s conversion of a dying pagan. She fashioned a makeshift cross by plaiting rushes strewn on the hut floor.

Throughout the country from Fair Head to Mizen Head, rushes are still blessed on the eve of the feast day and made into crosses, sometimes by the whole family – with very little commercial interference, so far.

The finished articles are then taken to Mass to be blessed the next day, and then hung on the house to provide protection for the rest of the year. 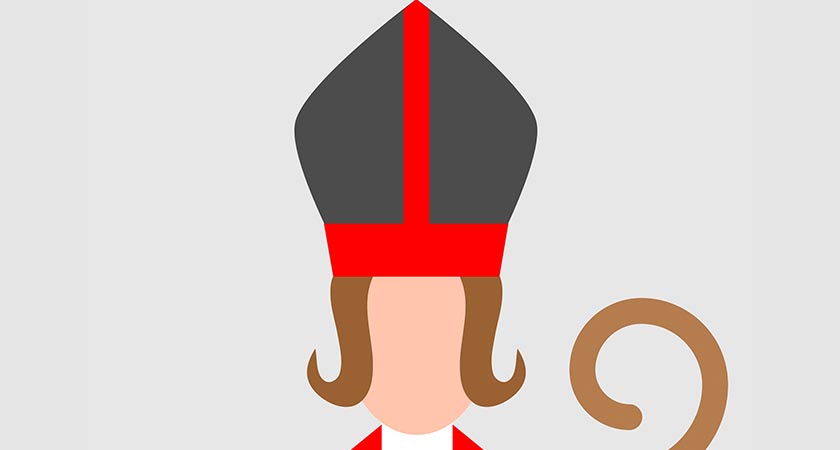 St Brigid, according to legend, was an early bishop in the Catholic Church [Picture: iStock]

Reputedly the only female bishop there’s ever been, this would not have been uncommon or raised any eyebrows back in the 5th century.

The pagans had been used to female deities so a female bishop was fine with them.

A persistent legend says Brigid would transform her bathwater into beer for visiting clerics, which presumably made her even more popular.

However, there is a suggestion that she couldn’t do this at all, and that it’s merely a resonance of the water into wine story from the Bible – a bid, perhaps, by the early Christians to make their religion look extra-tempting. 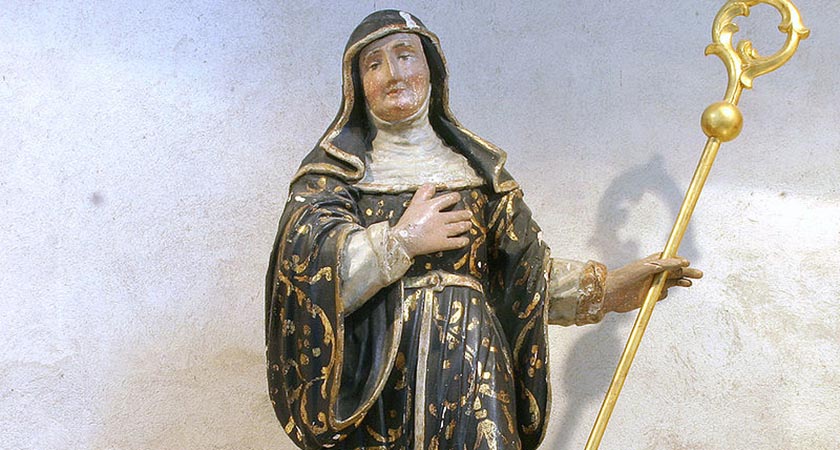 Brigid died in Kildare, but her body was exhumed and removed to Downpatrick, for burial beside the remains of St Patrick and St Colmcille (aka Columba).

A stone in the grounds of Down Cathedral, overlooking the meandering River Quoile, reputedly marks the spot.

Her head was removed and the remains now lie in the Jesuit Church, Lumiar near Lisbon, Portugal, (since 1587), while another relic lies at St. Martin's, Cologne.

Although no relics are reported in London, the Church of St Bride’s in Fleet Street is named after her.

There are many spellings of Brigid: Bríg, Brighid, Brigit, Bride, Bride of the Isles, Bridget of Ireland, Brigid of Kildare, Mary of the Gaels.

But definitely not to be confused with Bridget Bardot, or Bridget Jones. Or indeed for that matter St. Bridget of Sweden, who died in 1373.

Because our St Brigid’s name was familiar only to those who spoke Irish, the English-speaking world knew virtually nothing of her.

Accordingly, when there was any mention of St. Brigid amongst the non-Irish, it was common to confuse her with the Swedish lady.

Indeed it often happened, for example, that people in Ireland seeking holy pictures of St. Brigid were supplied from Germany with images of the Scandinavian saint.

So you’ve been warned  - if you’re buying a picture of our St Brigid, make sure you’re not fobbed off with a Swedish imitation.