Fighting hunger in the world’s most fragile countries

FOR MOST of the population in Burundi, daily life is a constant struggle. This East African country has one of the highest child mortality rates in the world and 78 per cent of the population live in extreme poverty.

Insecurity and a failing economy have placed additional strains on already weak government services and the instability restricts trade both inside the country and across its borders, limiting the availability of food.

The country is also characterised by a harsh and unforgiving environment, vulnerable to recurrent floods, drought and torrential rains. Hunger and poverty is widespread and even during the harvest season, families spend up to two thirds of their income on food.

Burundi is just one example of why Concern Worldwide’s Food in a Fragile World appeal is so vital in helping to tackle the many problems that fragile countries face. Concern understands the challenges facing Burundi and is implementing projects to make life better for families.

Parents Victoria and Bosco have five young boys but no reliable way to earn a living. Without help from Concern, Victoria and Bosco’s boys would be at risk of malnutrition and the many health problems that accompany lack of nutritious food.

Concern’s Kitchen Garden project is a sustainable way for families to feed themselves and provides a community-based solution that makes a real difference in countries like Burundi.

The gardens themselves are very simple: Concern provides seeds and training for families to grow a vegetable patch designed to maximise the production of food throughout the year.  Families can grow carrots, avocado, sweet potatoes and plants like the protein-rich Amaranth. 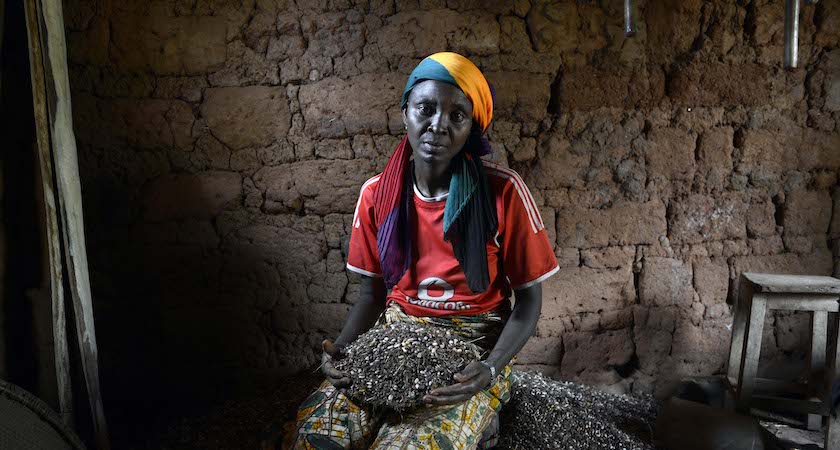 Victoria Macumi’s family have harvested this season’s beans, which they are drying and shelling, before putting some aside for the next few months and selling the rest.  (Photo: Chris de Bode/Panos | Pictures for Concern Worldwide)

Victoria explains the impact this has had on her family: “We eat twice a day – usually beans and vegetables cooked in a little oil and eaten with sweet potatoes or ugali made from ground maize or cassava root.”

These community based health and nutrition initiatives are an important part of the effort to guard against malnutrition, ensuring that children and families have a ready supply of healthy food all year round. Being able to grow their own food gives families autonomy and a good harvest will supply a small income.

Victoria said: “The vegetables we now grow in our kitchen garden stay green and don’t wither like they did before.”

The money raised by the Food in a Fragile World  appeal will establish a new programme to help families in Burundi. The aim is to improve the health of over 40,000 children and the project will also identify and treat sick and malnourished children.

It is a unique opportunity for the charity as the UK government’s Department for International Development (DFID) will double all donations taken during this period as part of their Aid Match scheme.

“Concern Worldwide (UK) is providing lifesaving support to thousands of malnourished children across the world who are struggling to survive. The Food in a Fragile World appeal will ensure Concern can continue to get vital food, water and medicine to thousands of children in Burundi ensuring they can grow to their full, healthy potential," the British Government said.

“Every donation made by the generous British public to the Fragile World appeal will be matched pound for pound by the UK Government, meaning we will double the difference Britons can make to those children in desperate need.” 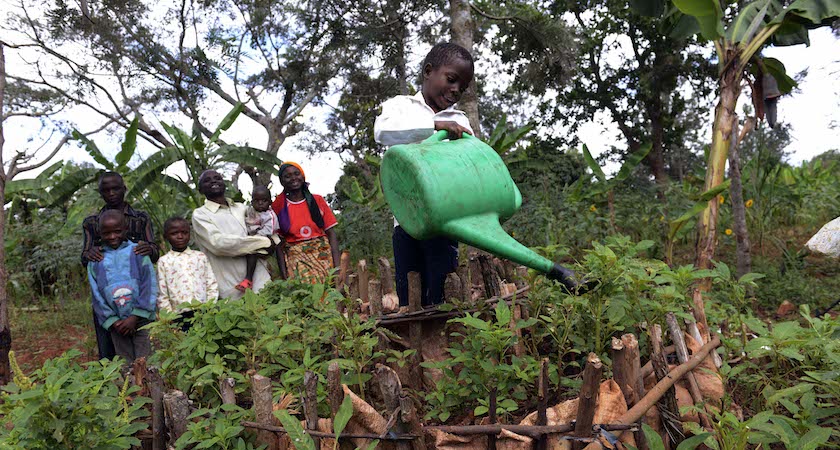 Food in a fragile world

The global challenges of conflict and climate change are having a devastating impact across the world.  The increase in the number of conflicts and extreme climate events such as drought and flooding means that millions of vulnerable people experience fear, uncertainty and violence every day.

But they also face a hidden enemy – dangerous levels of hunger and malnutrition.

The sad fact is that a child living in a country affected by or at risk of conflict is twice as likely to be undernourished as a child from another developing country. This can have devastating effects on their future, long after the fighting has stopped.

In a year that has already seen famine declared in South Sudan and warnings of famine in Nigeria, Somalia and Yemen - all affected by conflict – it is imperative that we take action now.

That’s why we are supporting Concern Worldwide’s Food in a Fragile World appeal. The appeal is about supporting the poorest and most vulnerable people get the care and support they need for a healthy future.

And what’s more every donation made to the appeal before December 17, 2017 will be matched pound for pound by the UK Government, meaning it will have twice the impact. 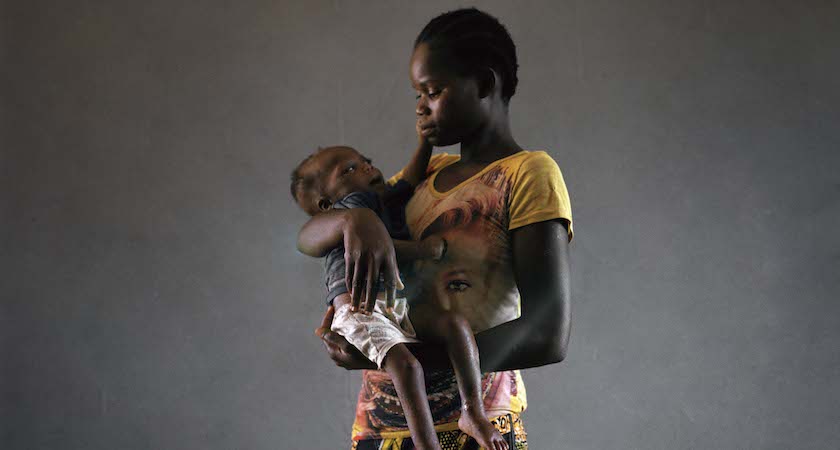 Elianna holds her daughter Laureine at Bossembele hospital. Laureine is 21 months old and severely malnourished. Concern organised transportation from her village to the hospital – the cost of which would be too high for most people.

The conflict-troubled African nation, where around half its citizens are undernourished, is the sole country in the Global Hunger Index to be given the most severe category of “extremely alarming” - a level no country has fallen to since 2014.

Concern has worked in the Central African Republic since 2014 delivering humanitarian assistance to alleviate the suffering of conflict-affected communities. The charity is helping people like Elianna and her 21 month old daughter, Laureine.

When a Concern community health worker spotted that Laureine was severely malnourished Concern organised transportation from her village to the hospital – the cost of which would be too high for most people.

Elianna said: “The community health worker said it was a case of severe malnutrition and oedema and that is why I was told to come here. If Concern had not supported the transport costs I would have walked here on foot, walking 27km.”

Concern’s nutrition programme provides treatment for children suffering from acute malnutrition and other illnesses. Their community health volunteers visit families in their homes to screen children for malnutrition and advise mothers about the importance of breastfeeding and good hygiene so they can keep themselves and their babies healthy.

In an effort to address the widespread food insecurity in the country, Concern is providing seeds and tools so people can grow their own crops. Community members are rehabilitating roads through cash-for-work schemes, helping to open up inaccessible areas and provide additional income for vulnerable households as trade is restored.

If you’d like to give and have your donation doubled by the British Government visit www.concern.net