THE MOON rising above Ireland tomorrow night will be bigger and brighter than usual thanks to an astronomical phenomenon.

Ireland has been treated to Supermoons in the past, sometimes appearing red or orange in colour as they rise in the east, though thanks to the Emerald Isle's famously unpredictable weather the view is often covered with thick cloud.

Tomorrow however, approximately a half-hour after sunset and with little to no clouds in the sky, Ireland's second-to-last Supermoon of 2021 will light up the skies.

As reported by The Irish Times, a Supermoon occurs when the moon is at its closest to earth during its orbit around the planet and can appear 30% brighter-- when this occurs while the moon is full, it can appear even bigger than usual, thus given the name 'Supermoon'. 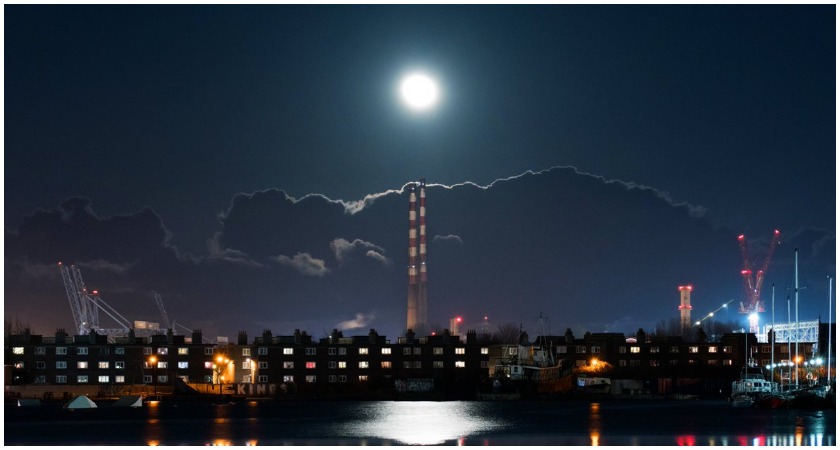 A previous Supermoon in Dublin (Photo by David Costello Photography)

Photographer David Costello managed to capture a previous Supermoon in Dublin, pictured above.

Tomorrow night's 'Flower Supermoon' will be visible across Ireland and indeed the entire world, with the moon appearing brighter and bigger regardless of which country they are viewing it from.

The 'Flower' part of the name refers to North American folklore which names each full moon of the year; similar to September's 'Harvest Moon', May's full moon is the 'Flower moon'.

The United States last night experienced another rare event, the 'Super Blood Moon', when a total lunar eclipse coincided with the time the moon was closest to Earth. 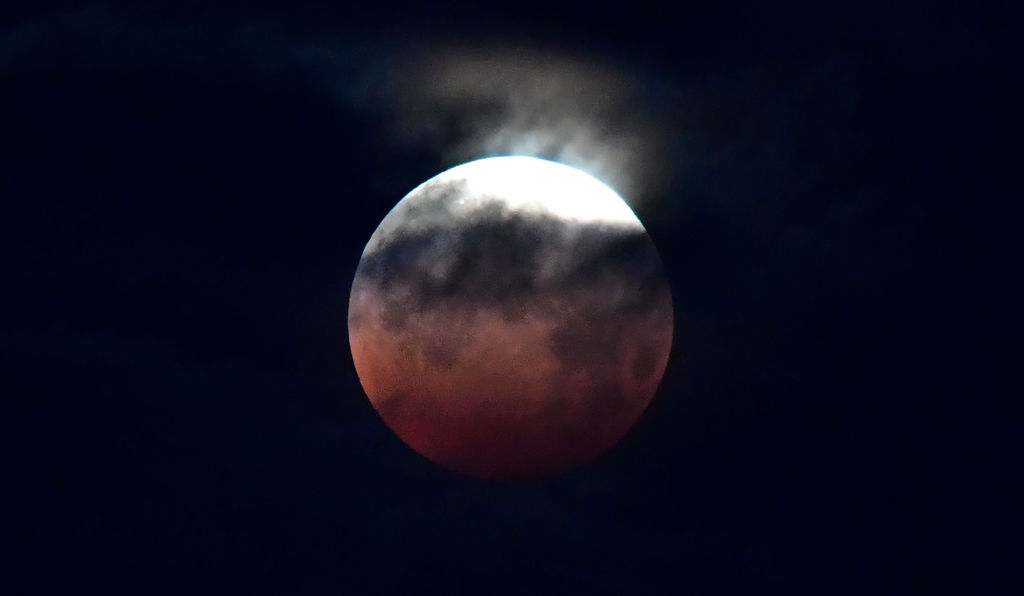 The Moon as seen over Santa Monica, California on May 26, 2021 during the "Super Blood Moon" total eclipse. (Photo by Frederic J. BROWN / AFP) (Photo by FREDERIC J. BROWN/AFP via Getty Images)

Tomorrow's Flower Supermoon will be visible as it rises just after sunset and will shine brightly in the sky throughout the night; it is the second-last Supermoon of 2021, with the last appearing at the end of June.

The Astronomy Ireland magazine is asking for any photographs of tomorrow's celestial event to be emailed to them at [email protected] where it may make it into the next issue.