The award recognises extraordinary individuals following in Franklin’s footsteps who exemplify a commitment to justice, cross-cultural understanding, tolerance and humanity.

Stateswoman and campaigner Ms Robinson was the first female President of Ireland from 1990 to 1997, and UN High Commissioner for Human Rights from 1997 to 2002.

Today, her many roles now include Adjunct Professor for Climate Justice in Trinity College Dublin and Chair of The Elders.

The former president was presented with her award virtually on July 7, in recognition of her many achievements, over several decades, particularly on gender equality, human rights and climate change. 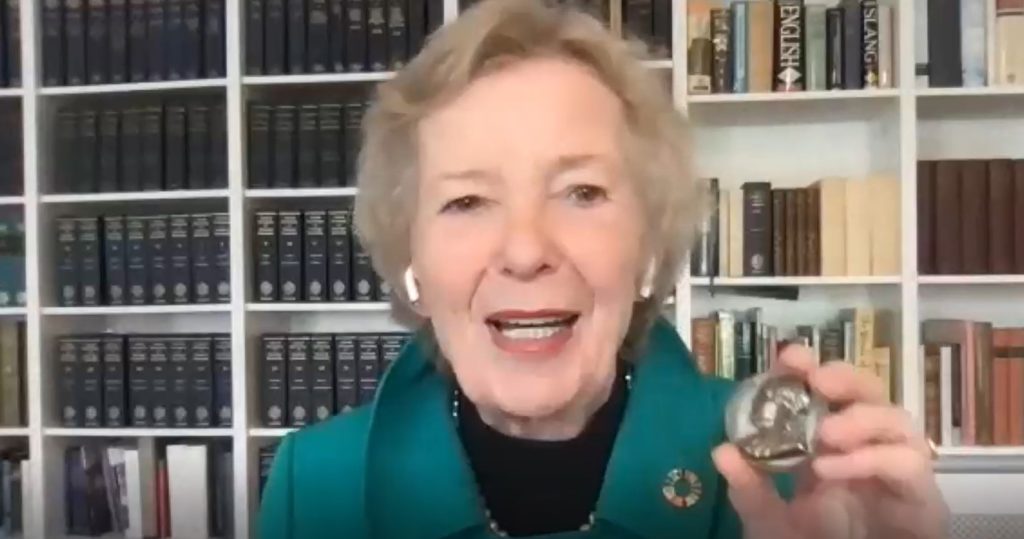 “I am honoured and humbled to receive the Benjamin Franklin House Medal for Leadership,” she said.

“Franklin has been a hero of mine since my own school days, but I have only recently become aware of his interest in variable weather.

“I think he would be aghast at the slow progress we are making to combat climate change and in guaranteeing a sustainable future for our children and grandchildren. If he were with us today, I am convinced Franklin would be a climate justice champion.

“The climate crisis has caused many different types of injustice, including based on race, gender, generations, regions and biodiversity. As we count down towards the COP talks, I hope we can be inspired by Franklin’s vision and leadership.”

Musician Thomas Bloch played the glass armonica, an instrument invented by Benjamin Franklin during his tenure at Craven Street.

Previously the Award has been given to Michael Bloomberg, former Mayor of New York and Founder of Bloomberg LP (2014), and John Kerry, then Special Envoy on Climate Ambition and Solutions (2016).