A YOUNG girl who wrote a Father's Day card to her dad in Heaven has had the sweet letter returned thanks to the efforts of a kind-hearted postman.

The eight-year-old girl lost her father, Tony, when she was just four months old, but has written countless letters to her father in Heaven and speaks about him often.

Last Sunday, as Ireland and the United Kingdom celebrated Father's Day, a little girl in Leicester, England, wrote a card to her father, addressing it:  "To Dad, Heaven, Cloud 9".

The letter was found by a postman in the Braunstone area, who had himself recently lost his father, and who appealed to social media to have the letter returned to the girl's mother so that they would always have it.

Taking anonymously to the local community Facebook page 'Spotted Braunstone Town & Estate', the postman wrote that upon emptying the postbox, "there was a  letter in a child's handwriting addressed to their dad in heaven, cloud 9". 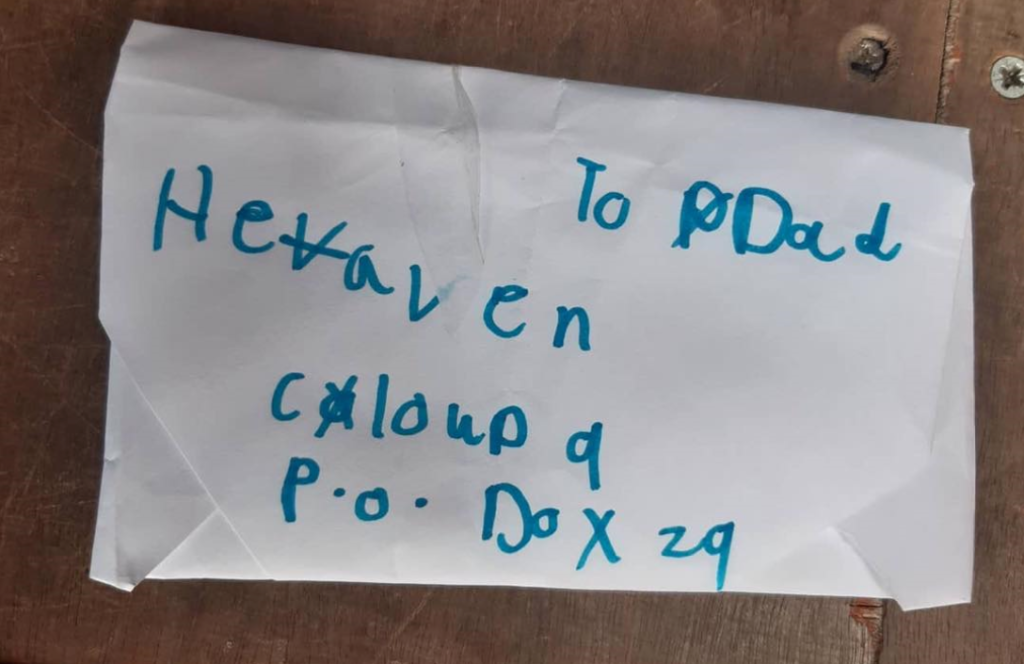 "I'm trying to find the parents of the child as I would like to reach out to them and with their permission sort out a little something for the child.

"I myself lost my dad last year and as an adult found it hard so I can only imagine what this child is going through. Please, if anyone has any details then it would be hugely appreciated."

Incredibly, within fifteen minutes the girl's mother, Sarah, had been alerted to the post, and commented that she was "overwhelmed" by the post and the response from the community, writing "just shows what wonderful people [you] really are".

"Never did I think this would happen", she said, "adding "Thank [you] from the bottom of our heart".

Sarah later told BBC News that she had met with the postman, who asked to remain anonymous, and that he had returned the letter along with a special gift: a figurine of a father and daughter.

Sarah revealed to the outlet that her daughter had lost her father, Tony, at such a young age that "she's only just starting to understand", and "really struggled" knowing her father had passed away.

Posting letters with messages saying she loved and missed him was a way of helping her cope.

Sarah said she would keep the letter, along with print-outs of comments from the post on social media, in a special box for her daughter for when she was older.