THE grieving daughter of an Irishman who passed away last month has spoken about their “beautiful” last meeting before his death.

The woman, identified only by her first name Sine, explained that her father died in Dublin in February after years living homeless.

Sine, who grew up in Denmark, explained that her father met her mother in the Irish capital back in his days a musician.

Speaking to the Humans of Dublin Facebook page, she said: "I live in Denmark and have been in Dublin many times to try and find him!

"He used to make a living from playing music on the streets, in bars and pubs.

"This is where he met my mother and they soon fell madly in love. In 1973 they got married and seven years later I was born.

"We lived together for 10 years, but he was devoted to music, to Ireland and to alcohol, so they split up and he moved back to Dublin.

"After that he lived day-to-day, where he played music.

"As time went by, he found himself with no place to stay and soon ended up on the streets homeless."

Sine spoke candidly about her bittersweet final meeting with her father 15 years ago. 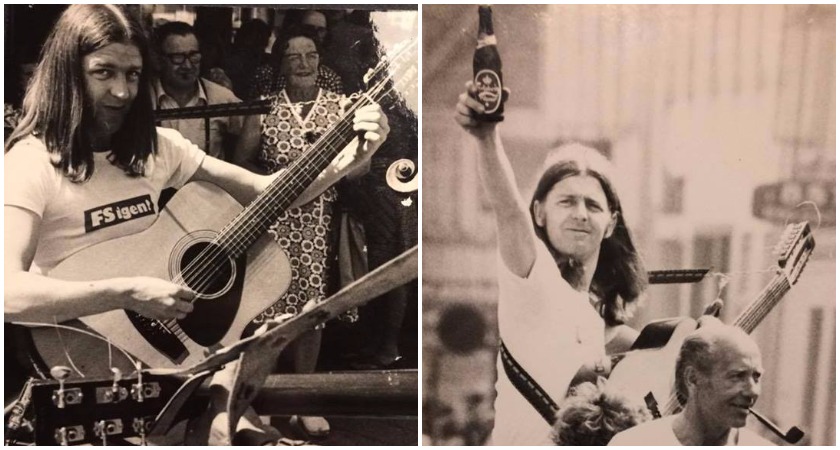 Sine's father was previously a professional musician in Dublin. Picture: Humans of Dublin/Facebook

She explained: "In 2002 I decided I would find him so I moved to Dublin for three months.

"The day before I left for Denmark he rang me and we arranged to meet at the GPO - and there he was!

"My last and most vivid memory of him was our walk through St Stephen's Green on a warm and sunny May afternoon.

"I told him about my childhood and the time he had missed.

"We talked about him coming to live with us and for a minute we both believed it would happen someday.

"To dream with him was fantastic. We both knew it would always be just a dream but we shared the same dream and it felt beautiful."

Sine and her father’s story clearly struck a chord with the public as over 3,000 people liked her heartbreaking recollection.

One commenter paid tribute to her father, saying: “He travelled on my bus regularly, an absolute gentleman. We had many brief chats through the years and we'd always say goodbye in Irish. Slán.”

Another said: "How bittersweet, I'm so glad you both got to 'dream' together, however briefly."

Humans of Dublin's collection of stories and photographs is available in book form here, with portraits of Sine's father featuring on page 12.