A NORTHERN IRELAND woman is at the centre of a row that has engulfed the National Trust.

Hilary McGrady, the Director General of the organisation, has presided over the commissioning of a report into connections between historic houses in the Trust’s care and colonialism.

Many of the environmental organisation’s ‘big houses’ were bankrolled by the slave trade. The findings have caused much soul-searching and controversy among the 5.6million members.

The Trust, under the leadership of McGrady, commissioned the 115-page report to “do justice to the true complexity of the past, present and future, and the sometimes-uncomfortable role that Britain, and Britons, have played in global history since the sixteenth century or even earlier”.

Britain’s part in the slave trade, on top of the many excesses committed in the name of the British Empire throughout the world, are examined through the prism of its great houses.

The National Trust report concludes “one-third of properties can be directly connected to colonial histories”.

In the report’s introduction a candid observation states, with admirable understatement, that the conclusions would probably not meet with universal approval among the members. Nonetheless “these histories of slavery, legacies of colonialism and the lives of people of colour are not the only stories that we will tell”, the organisation stresses.

The conclusions were certainly not to everyone’s taste within the membership.

At the annual general meeting earlier this month, the charity’s board under the directorship of McGrady were accused of pursuing a "woke agenda" and "a witch hunt into the lives of past property owners".

The more conservative members believe that McGrady and her board’s main thrust should be to look after its priceless collection of buildings — an impressive portfolio that ranges from Churchill’s home Chartwell, to the Crown Liquor Saloon in Belfast, and from the very haunted Ham House in Surrey to the Liverpool homes of John Lennon and Paul McCartney.

MPs have entered the debate with Tory Andrew Murrison leading the charge against the new vision of Helen McGrady and her board.

Murrison says: “The job of the National Trust is simple - to be custodian and Clerk of Works to a large wedge of our national treasures, not force the world view of its leadership on the public or risk departing from its charitable purposes as set out in law.

“The National Trust should be a politics-free space, a great mediating institution, not an organ for promulgating a particular world view.”

Critics of the report believe addressing issues such as the histories of colonialism and slavery appear to tarnish Winston Churchill’s reputation. 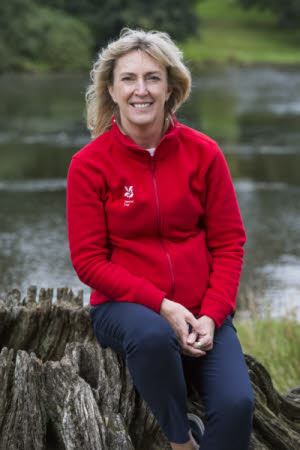 The controversy raged as the Trust’s head, McGrady was, by coincidence, the guest on BBC Radio 4’s Desert Island Discs.

Her major focus for the National Trust over the next decade, she explained to presenter Lauren Laverne, is to tackle climate change and increase biodiversity.

She said that the Trust plans to ‘rewild’ 25,000 hectares of land that it owns, helping to make the organisation’s 500 properties carbon neutral. She added: “What this plan simply means is that we are trying to make more room for nature and to allow our land to be able to be both productive but also not to damage our nature.” She believes that this project should certainly be nuanced, and a difficult balance made between productive land and wild countryside.

McGrady spoke on Desert Island Discs about the tensions between the more progressive members of the organisation and the conservative rump. She said that those who believe the Trust is turning its back on the great houses should know that two thirds of their money is spent on the houses.

“But what we are trying to do,” she said, “is to bring the environment, to bring nature, more into focus. That is what is most under threat at the moment. Our countryside is being built over, and our nature is declining. And those two things are massively important.”

How Great Thou Art by Chris Rice

She Moved Through The Fair by Cara Dillon

A Poem for Every Day of the Year by Allie Asiri

CASTAWAY'S FAVOURITE: She Moved Through the Fair by Cara Dillon

The Director General spoke on Desert Island Discs about her upbringing in Lisburn, in a staunch loyalist, Protestant church-going family.

She was born in 1966, her father a builder, and committed unionist, while her mother looked after Hilary and her two older siblings.

After secondary education she went to art school — something her father warned her about — he reckoned she’d end up painting on pavements for pennies.

But art school changed her life when she met Frank McGrady, a Catholic from a nationalist area of the North. Their relationship initially caused consternation and difficulties with Hilary’s parents. But they eventually married, and the family and Frank were ultimately reconciled.

After working on Belfast’s ultimately unsuccessful bid to become European Capital of Culture, Hilary McGrady joined the National Trust in 2006 as regional director for Northern Ireland. She moved around the organisation, taking on ever-bigger roles, becoming Chief Operating Officer in 2014. She took over the top spot in March 2018.

McGrady told Lauren Laverne that her favourite place to find peace and relaxation is the Crom Estate in the southerly reaches of Co. Fermanagh.