The juice of the barley goes global. Picture: iStock

IRISH whiskey is a prized product. It's the reason drinks company Sazerac from the US is negotiating to buy Paddy from Irish Distillers, currently owned by the French drinks giant Pernod Ricard. If you think that’s all a bit confusing, order a double Scotch and contemplate this: per capita (according to Euromonitor) the French are the biggest whiskey drinkers in the world, with the US at no. 3. Ireland only comes in at no. 8 in the whiskey-guzzling stakes, so obviously a lot of people in Ireland are not pulling their weight.

As you enjoy your single malt, here are 15  further facts about the hard stuff to mull over.

The word whiskey is derived from the Irish word 'uisce beatha', meaning water of life. The art of distillation has been practiced in Ireland and Scotland since at least the 15th century. 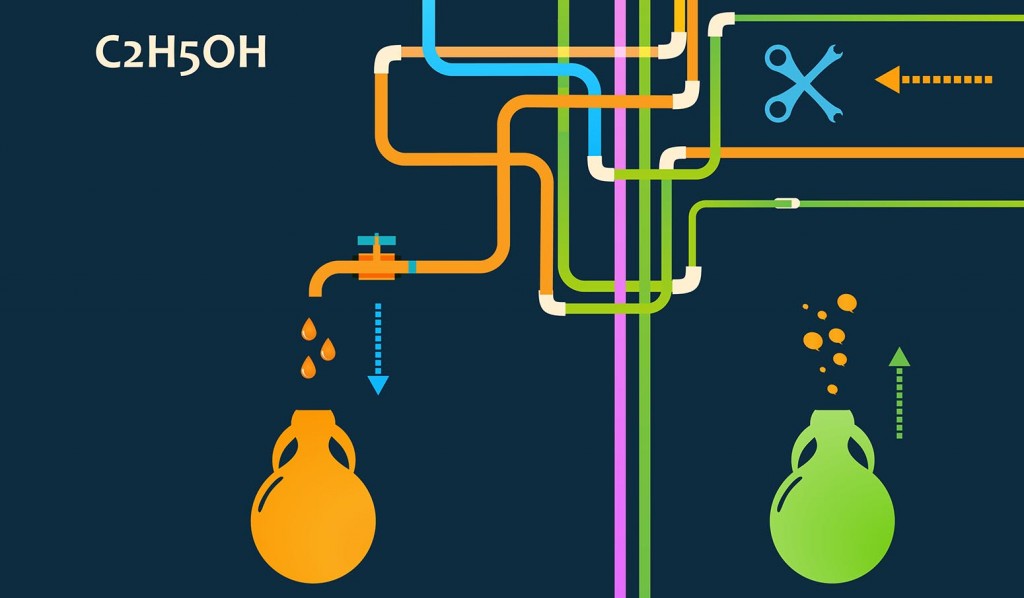 Making whiskey — not a complex process.

2. Going with the grain

Although Irish whiskey takes years to produce and then mature, there are only two main ingredients – water and barley, the latter which can be malted or unmalted. Put mathematically, the equation is: Water + Grain = Happiness 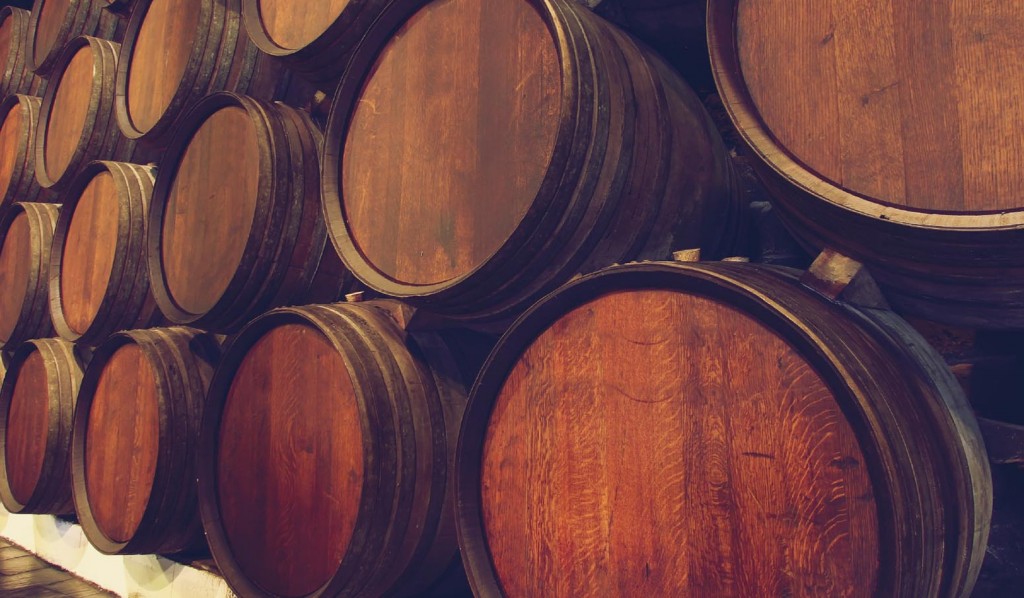 4. From grain to glass

The most important ingredient of whiskey is water. It needs to be plentiful, preferably soft — and many experts believe that peaty water is the key to optimum flavour. Needless to say, these all apply in Ireland and Scotland, and is the reason that the two Celtic countries remain the world's  main whiskey superpowers. 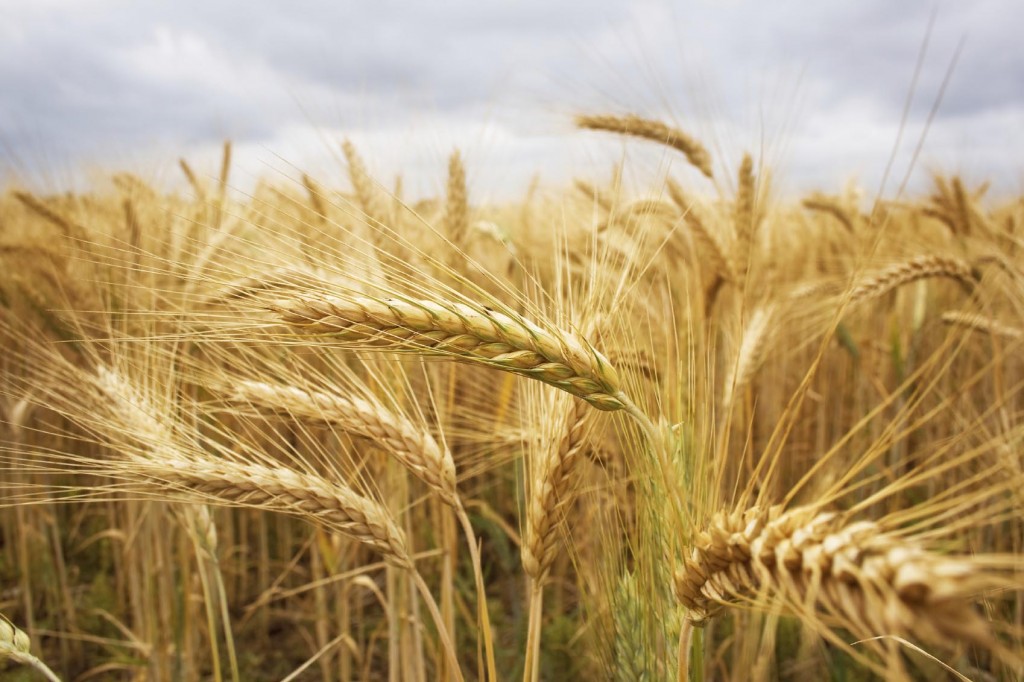 The wind that shakes the barley — making the perfect grain.

The barley from which whiskey is distilled is correctly called Barliensis vulgaris.

6. The demise of the distilleries 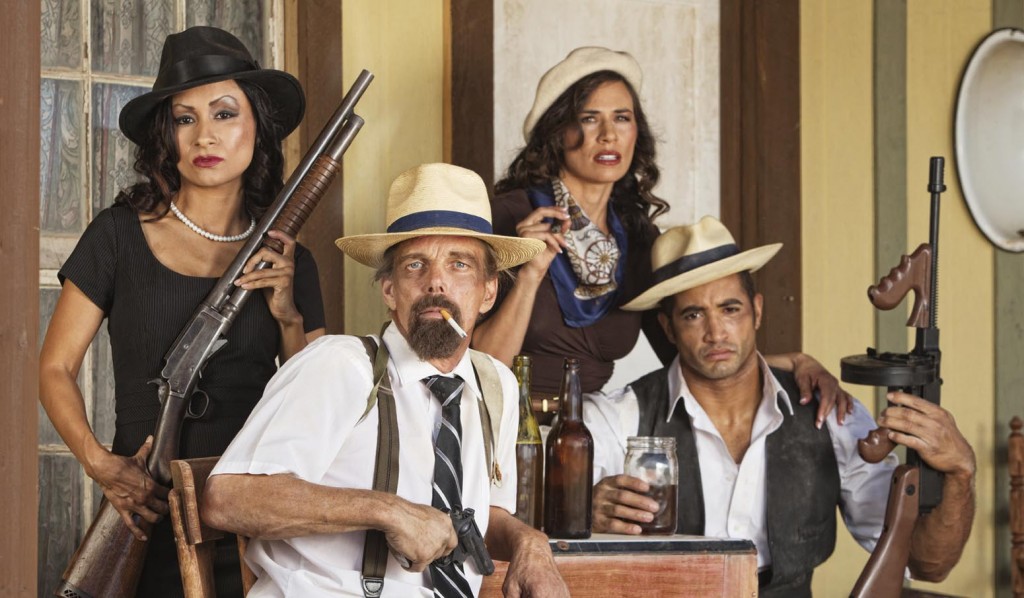 7. A cocktail of obstacles

Ireland's whiskey trade suffered last century from the effects of independence which provoked trade embargoes with Britain. Prohibition also wiped out the American market. This helped the Scottish whisky trade to steal a march on the Irish, and today Scotch dominates the market. The Total Abstinence Movement which Father Theobald Mathew began in 1838 didn’t help much either, with thousands ‘taking the pledge’. 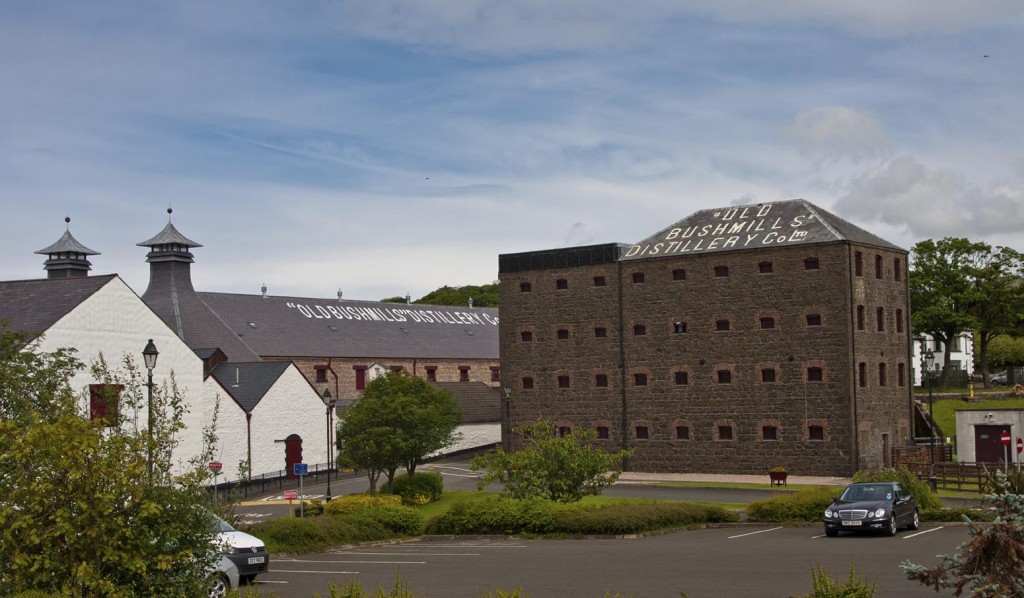 8. Laughing all the way to the bottle bank

Bushmills in Co. Antrim is the oldest distillery in the world.  They’ve been manufacturing the electric soup there since well before the fifteenth century. It was a Scottish king, James I, who granted the first licence to distil whiskey in 1608 "within the countie of Colrane, otherwise called Rowte in Countie Antrim", back in the days before spell checkers, obviously.

Jameson’s is Ireland’s best selling whiskey, and one of the biggest sellers in the world of spirits. 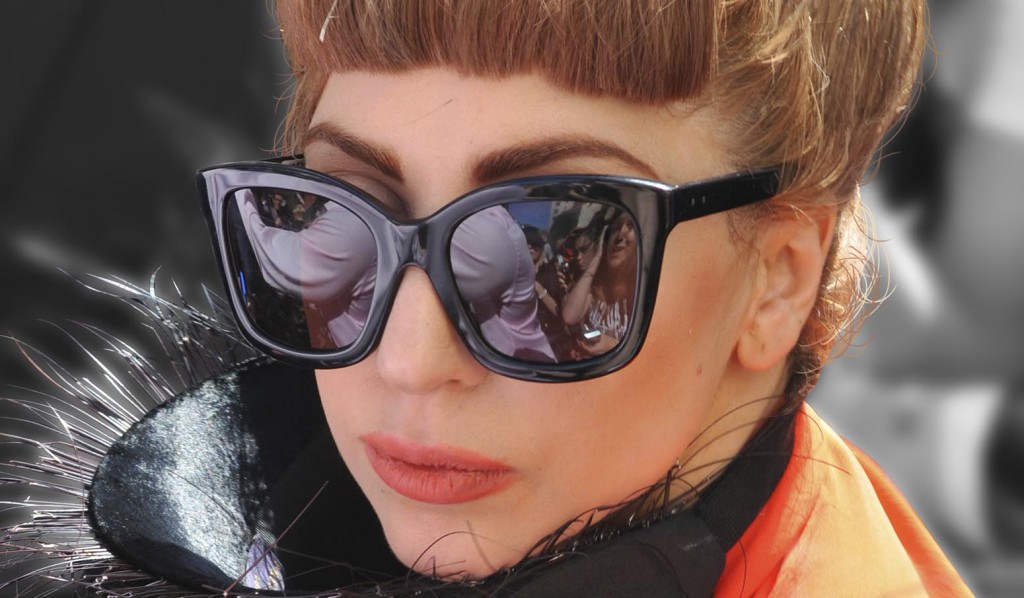 The Gaga family all enjoy a dram.

Lady Gaga is devoted to Irish whiskey. During a concert the diva dedicated a song to “my longtime boyfriend Jameson”, who is “always there for me when I need him”. We'll all drink to that.

Taoiseach Enda Kenny has joined the fray on behalf of Irish whiskeys, although is unlikely to take the stage with Lady Gaga anytime soon. However, he recently said that Irish whiskey would never again bend the knee to Scotch. "So let the battle begin again,” he said. “For my part I'll do what I can.” Even BBC political correspondent Andrew Marr got into the act: "Whisky is not, properly speaking, alcohol but a form of instant philosophy." Compton McKenzie, the Scottish writer who founded the Wexford Opera, had a view as well. The average Englishman, he said, was always two whiskeys below par. 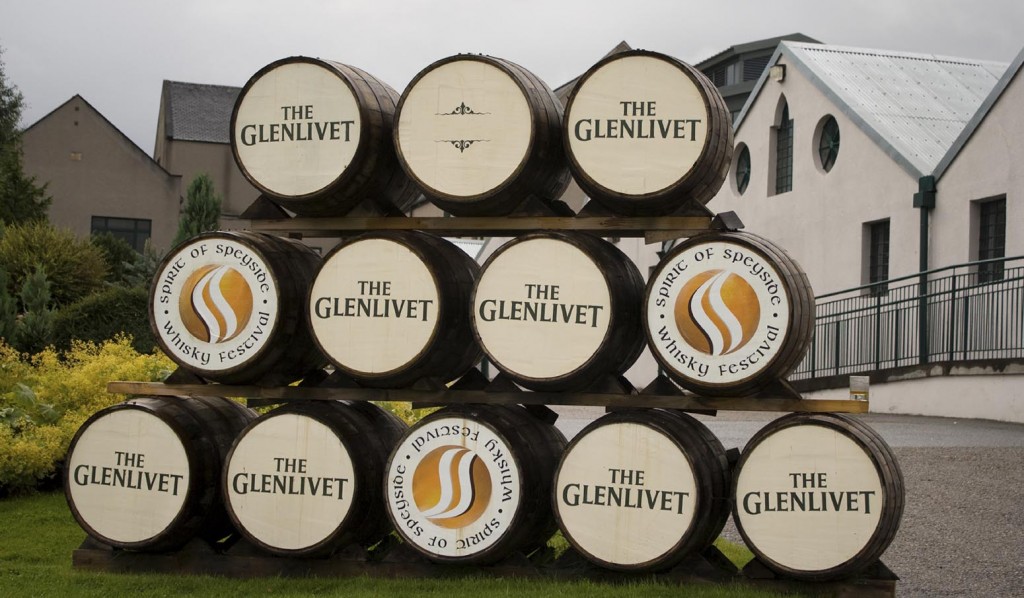 12. Irish and proud of it; Scotch and fond of it

Poitín was outlawed in 1760 when an Act of Parliament made the "unlicensed private distillation of whiskey" an offence. The authorities clamped down hard and still tend to. The industry is still widespread, however, in Connemara and other hooch hotspots in Tipperary, Monaghan and West Cork. 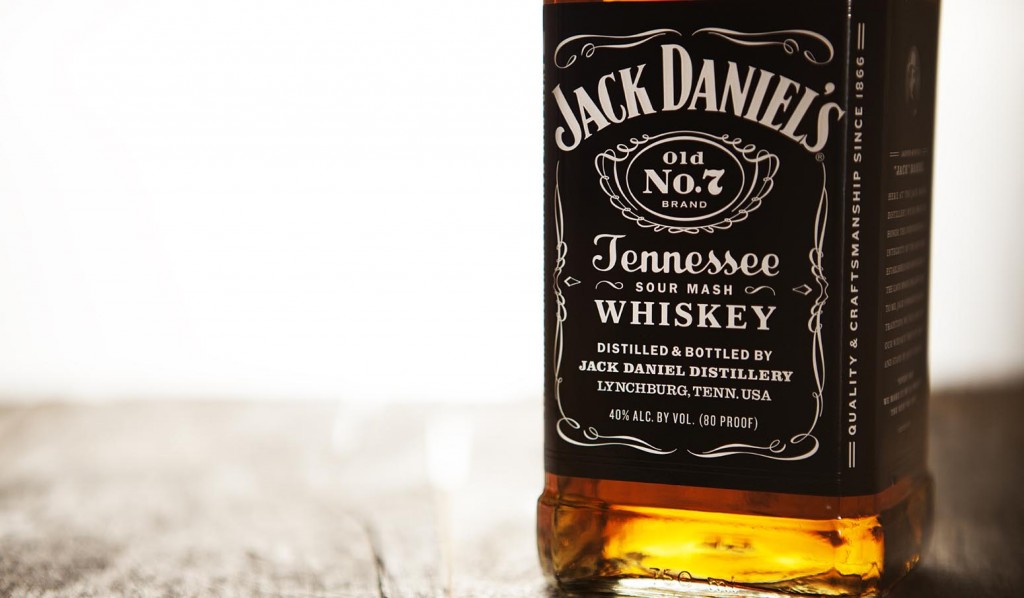 The NATO phonetic alphabet was devised 60 years ago in 1956 in an attempt to internationalize the Allied Armed Forces alphabet (You need to remember here that Ireland has never joined up with NATO, being a neutral country). They ended up with: Alpha, Bravo, Charlie, Delta, Echo, Foxtrot, Golf, Hotel, India, Juliet, Kilo, Lima, Mike, November, Oscar, Papa, Quebec, Romeo, Sierra, Tango, Uniform, Victor, Whiskey, X-ray, Yankee, Zulu. The British bitterly complained that ‘whiskey’ was spelled the Irish way and tried to get the Scottish form ‘whisky’ inserted instead. But the use of ‘whiskey’ soon became almost universal, and the only Irish input into NATO remains intact.