FOR AND AGAINST: With just two days to go, the Irish in London speak out on the abortion referendum

THIS week the people of Ireland will decide the future of the nation’s abortion laws.

On Friday, May 25 the nation goes to the polls to vote in a referendum that could end the country’s current ban on abortion.

Voters will be asked if they want to repeal the eighth amendment of the country’s constitution, which recognises the equal right to life of both mother and unborn child, effectively banning terminations.

This amendment has been in place since 1983, and the campaign to repeal it has rapidly picked up steam in recent years, spurred on by cases such as the death of Savita Halappanavar in 2012 – who died following a miscarriage at 17 weeks pregnant, after being refused an abortion.

If the eighth amendment is repealed, it will allow for the Irish government to legislate on abortion as they see fit, most likely up to 12 weeks.

Below two London-based Irish women supporting opposite sides of the debate, tell The Irish Post why they are committed to their campaigns.

Campaigning for a ‘Yes’ vote 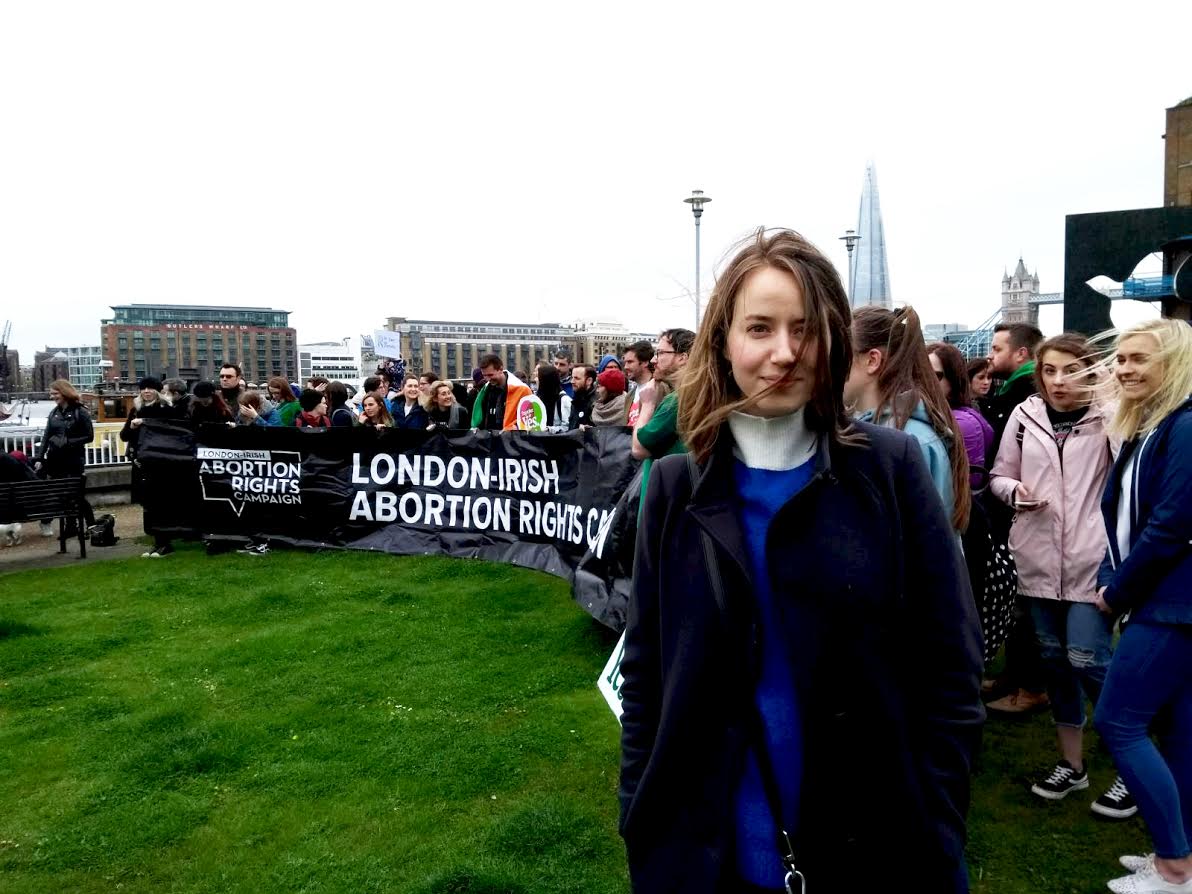 It was a bright day in April and Together for Yes had launched their first crowdfund to raise €50,000 to help the campaign to remove the Eighth Amendment. As target after target was surpassed, there was an outpouring of emotion; online, amongst friends and at the London-Irish Abortion Rights Campaign’s committee meeting.

Later, I went home to read the donation messages from generous strangers. Through my tears I read message after message of support, many expressing their solidarity with the 3,500 women a year who travel abroad for abortion access.

It was 2012, the longest day of the year, the day before my 24th birthday and my boyfriend and I were in the waiting room of the Liverpool BPAS clinic. When my doctor confirmed I was pregnant five weeks previously, I burst into tears, “What if I don’t want to be?”.

She said she couldn’t help me any further, handed me a prescription for folic acid and a counselling card for Cura. I don’t know what her feelings were towards me at that moment, but I never saw her again. Shortly after my boyfriend and I made the joint decision that we would travel to England.

Looking back, it’s crazy to think that through the sadness, the stress and the panic, we were the fortunate ones.

We were lucky. It took us five weeks, but we were lucky that we could get the money together.

We are no longer together, but we talk often and openly about our decision. As the referendum comes closer, we often discuss how we wish that our private experience had remained exactly that, private. There was nothing private about boarding a 6am flight surrounded by holidaymakers and hen parties. We were in public, young and exposed.

Those who cannot raise the funds to travel often turn to the Abortion Support Network for financial assistance. The charity heard from more than 1,000 women last year. But founder Mara Clarke, says they cannot always help.

As a result some women resort to dangerous methods.

There are many situations in which terminations are necessary, including for medical reasons. A few months after our journey to Liverpool, Savita Halappanavar died in Galway. She’d developed sepsis after being denied an abortion, even though she was miscarrying.

Up until this point, I had no knowledge of the Eighth Amendment and how it could deny women medical treatment. I didn’t understand that there was a law that made it legal for me to go to England for a termination, but that this law would punish a doctor for performing a potentially life-saving termination on a mother, who wanted the pregnancy very much, but knew it was ending.

Even now, six years on, a doctor must wait until a woman is at risk of dying before they can intervene.

The only way we can truly provide care and compassion for the women of Ireland is if we remove the Eighth Amendment from the Constitution.

‪Abortion is already a reality in Ireland. It’s happening legally when a woman travels abroad and it is happening illegally in Irish homes with 2,000 women a year taking abortion pills ordered online. They are doing so without medical supervision, under fear of 14 years in jail.

After months of hearing evidence from both sides of the debate the Citizens' Assembly and Joint Oireachtas Committee, both recommended the removal of the Eighth Amendment.

By doing so on May 25th, we can create our own laws and ensure Irish women are looked after safely in their own country, no matter their circumstance.

The London-Irish Abortion Rights Campaign, now 2,000 members strong, is doing what it can to support the Yes campaign back home. Our #hometovote drive has been hugely successful. We’ve heard of people booking flights from as far away as LA and Dubai.

If you’re Irish, on the electoral register and have been living away for less than 18 months, then please come home and say Yes. If not - then call friends and family back home and talk about why change is important to you.

I have lost my vote, but I will be there in solidarity with the thousands of other women like me who had to travel to access a safe and legal abortion.

I hope that the people of Ireland will vote Yes so that future generations of Irish women don’t have to.

Campaigning for a ‘No’ vote

Suzanne Conway of the London Irish United for Life organisation 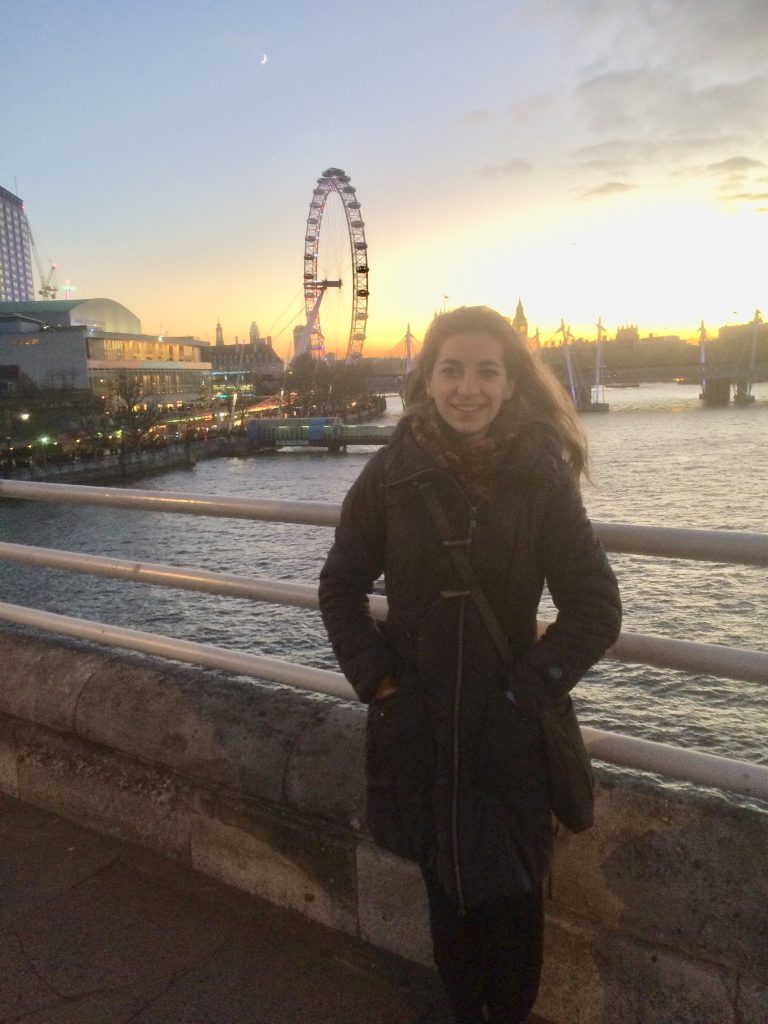 Suzanne Conway of the London Irish United for Life organisation

The Irish Government has announced that it will hold a referendum on May 25th, to remove the 8th Amendment from the Irish Constitution.

As a young Irish woman living in London, I will be travelling home to vote NO in this referendum.

I am part of London Irish United For Life (LIUFL), which was set up last year by a group of London-based Irish women, who are campaigning to keep the 8th Amendment in the Irish Constitution.

LIUFL wishes to demonstrate that the Irish community in the UK includes many people who are pro-life, make known its support for saving the 8th Amendment, as well as encouraging eligible Irish citizens abroad to go home to vote NO in the upcoming referendum.

The Amendment establishes one of the most basic principles of our society and guarantees the right to life of all human beings, regardless of individual circumstance.

Without it, the unborn child has no rights, as declared by the Supreme Court.

There has been much confusion and misinformation leading up to this Referendum and it is vital that people are aware of the facts: The Amendment prevents elective abortions and does not prevent doctors from providing any necessary medical care to the mother during pregnancy, should the need arise.

Ireland has a wonderful record in safeguarding the lives of pregnant women and the non-availability of abortion does not put women's lives at risk.

A number of leading Irish GPs, gynaecologists and obstetricians have recently given their voice to the case, stating that abortion is not healthcare.

The referendum is about the introduction of abortion on demand up to three months of pregnancy - when the unborn baby is fully formed and its heart is beating.

We have an abundance of modern scientific evidence to back this up and should not dehumanise the unborn child, ignoring the fact that abortion ends a life.

The choice to end this life is not a human right, no matter how we dress it up.

If we recognise that there is a right to life before birth, we need to keep this Amendment in our constitution.

The unborn life either has value or it does not and May 25th is our chance to have a say in a defining moment for our country.

Abortion should never be the solution to crisis pregnancies and we owe it to women to provide the adequate personal and social care, true compassion and support, in these harrowing situations.

I am proud of Ireland's positive culture of life, its unique emphasis on the family and support for the most vulnerable in society.

I am going home to vote NO to ensure that we retain our commitment to life at all stages.

I would encourage other Irish citizens abroad to check if they are registered to vote and, if possible, go home to vote in this once-in-a-generation referendum.

Alabama woman charged with manslaughter after being shot in stomach, resulting in death of her unborn fetus