Marriage customs across the globe

Irish weddings have often included a tradition or two from the distant past – from the bride’s family cooking the groom a goose to hoping to hear a lucky cuckoo on the big day – but what about quirky customs in other countries? JAMES RUDDY reports.

FEW of us can forget the chaos that surrounded the cinematic marriage of John Wayne and Maureen O’Hara in John Ford’s movie classic, The Quiet Man. A heavy-drinking matchmaker, a punch-up with the bride’s brother and Wayne seen dragging his future bride by her fl owing red hair along a country lane.

Thankfully, such outmoded behaviour has disappeared from modern matrimony (although many of us will have witnessed the odd booze-soaked reception fisticuffs and even the occasional dust-up between the ‘happy couple’ themselves).

But Irish weddings still have their quirks, handed down through generations and prompted by the hope that a lucky horseshoe can’t do any harm at all. And there are plenty of similar matrimonial measures going strong at weddings around the world, as were revealed in a survey under-taken by soft drinks company Fentimans(http://www.fentimans.com)...

There’s nothing more crucial to a wedding day than the weather, which can turn months of planning into a mad dash for cover with a soggy bride and groom and guests slipping on their backside (before the drinking has even begun).

As a result, it is still common to find, particularly in rural Ireland, that the ubiquitous Child of Prague statue is removed from the bride’s family bay window and buried in the garden to ward off rain.

Luck and defences against evil spirits also play their part with Irish brides still often carrying a lucky horseshoe, a sixpence in a shoe and Celtic symbols woven into their dress (which used to be completely blue as a symbol of purity). For fertility, the favoured add-on is the magic handkerchief which can be beautifully embroidered and eventually used by the bride as a Christening gown for her first child.

The happy couple also often exchange Claddagh rings, denoting love, friendship and marriage, but it may be less usual to find family members locking the church door, after the pair have arrived inside, to prevent either escaping.

The luckiest Irish wedding date remains St Patrick’s Day, though it gets pretty booked solid, and the tradition of handfasting – tying the knot using the ancient Celtic method of binding the couple’s hands with ribbon to signify togetherness – appears less common these days.

In Germany, it is a complete no-no to toast with water. By doing so, you are wishing bad luck or even death upon yourself and the married couple.

Bear this in mind if you don’t plan to drink at a German wedding. You should choose anything other than water – for example, have lemonade or another soft drink if you don’t drink alcohol.

German tradition also includes a night called ‘Polter-abend’. That means going to the bride’s house the night before the wedding and smashing ceramics outside her door – the couple will clean this away the next day to prove they can work together, making a happy marriage.

Do not worry, your friends aren’t dragging you along for a night of vandalism in front of the bride’s house, you are doing her a favour. 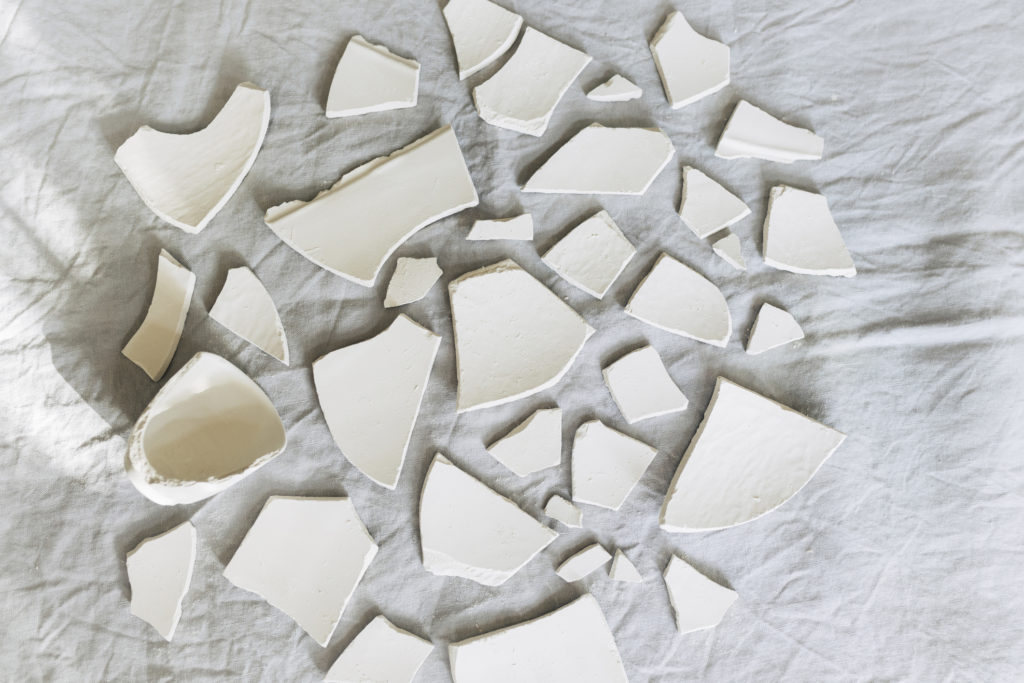 A SMASHING START: Germany’s ‘Polterabend’ tradition encourages the newlyweds to bond over a dustpan and brush.

Spot the missing couple in Venezuela

In Venezuela, it is a tradition that the couple tries to run off during the reception without the wedding guests noticing. It is good luck for the couple if they can manage it, and even better luck for you if you spot them.

Remember to keep your eyes peeled, and don’t be surprised if you cannot find them.

Dress down in Korea

Korean weddings are famous for being quick and efficient. They usually last half an hour, just enough time to say the vows and drink the wine – then it is on to a small meal. At a Korean wedding, the guests come first, and as most of them traditionally do not want to spend a day celebrating, the event is a short one.

Guests shouldn’t be too under or overdressed for a Korean wedding and be prepared to leave not long after they arrive. However, one must be close to the family to get an invite. As part of the efficiency, Korean weddings are for a small party of people.

Wish on a rock in Australia

One of the sweetest Aboriginal wedding traditions is to give the couple a rock. Guests place colourful stones into a unity bowl for the marrying couple. The couple will take this as a gift and keep it in their house as a reminder of the day. Modern weddings include writing wishes or names on the rocks, however, this will depend on the couple.

So, find yourself the best-looking purple rock and wish the wedding couple a happy marriage.

Let your money do the dancing in Cuba

In many cultures, likePoland, Nigeria, and Greece, a money dance is a tradition. Whether this is pinning money to the couple’s clothing or raining it at their feet, it is a gesture of good luck as well to financially support the couple and their honeymoon.

In Cuba, it is tradition to pin money to the bride’s dress to dance with her. If you are attending a Cuban wedding, make sure you take money with you to show your celebration and support for the newlyweds. 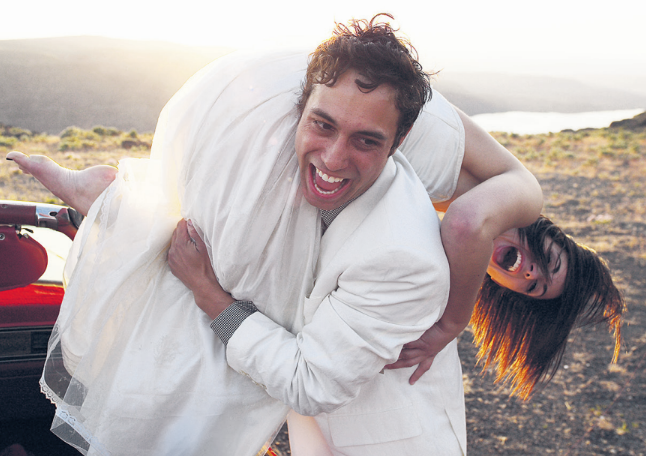 BRIDE FOR RANSOM: Romanian
tradition demands a hostage situation
for the bride-to-be.

Steal a bride in Romania

It is a Romanian custom to kidnap the bride on her wedding day. The groom must then pay a ransom to get his bride back.

This payment is not always money. The kidnappers could ask for bottles of alcohol or for the groom to embarrass himself by singing a love ballad for his bride.

This tradition is so popular that 20 brides could be taken to the Arch of Triumph in Bucharest in one night. As a guest, you can expect an eventful evening, whether that is seeing the groom attempt to get his bride back or partying with the bridal party at the historic landmark.

In the Chinese Uyghur culture, it is custom for the groom to shoot the bride-to-be with three arrows – don’t worry, the arrowheads are removed beforehand. He then breaks each arrow in two, hoping their love will last forever.

Conversely, the Tujia people expect the bride to cry each day for a month in the lead-up to her wedding. The mother would then join in ten days later and the grandmother another ten days after that.

Wearing red has been a Chinese tradition since the Ming dynasty, and as a guest, you should avoid wearing red on the day.

Nine things in life only Irish people think are normal