VENTURE seven miles northwest of Dundalk in Co. Louth and you will find the ruins of Castle Roche.

This once magnificent Norman castle, was placed strategically on a rocky outcrop with extraordinary views of the surrounding countryside.

In its day, a deep moat and strong walls made it a virtually impenetrable fortress for its inhabitants, but for the unlucky soul who built the castle, the danger came from within.

The castle was built at the request of Rohesia de Verdun. After her first husband Theobald le Botiller died suddenly whilst travelling in France, Rohesia moved herself to their land in Ireland.

Alone as a widow it was imperative that she set about securing herself and her land, and what better way to fortify oneself than with a castle? 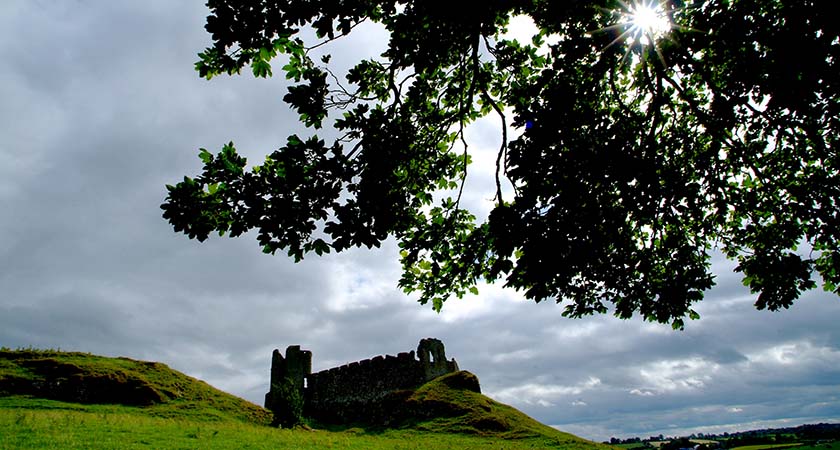 Unfortunately, a reputation for being quick-tempered did not endear the local architects to her cause and no castle was forthcoming.

To up the stakes, she offered her hand in marriage to whichever bachelor could produce her a worthy castle. In effect offering any castle building suitor half of her land and wealth.

The local legend follows that on the night of her wedding following an extravagant banquet, the bride led her industrious groom to the bride suite of the impressive castle.

Once in the master bedroom she led her new husband to a large window and urged him to survey the estate and his new land.

As he looked out across the rolling hills, his bride with a swift shove to the back, sent him falling from the castle he had built for her to his death.

She would share her castle, her land and her wealth with no one.

The castle stayed in the De Verdon family for many years, eventually meeting its own fate when it was laid to ruin in the Cromwellian conquest of 1641.

Among the picturesque ruins the infamous murder window is still visible today, and if you find yourself looking up at them on a misty day you might catch, out of the corner of your eye, something or someone tumbling from it.

The atmospheric ruins are the star of Tourism Ireland's latest YouTube campaign, hoping to tempt visitors to come see for themselves the stories of Ireland's ancient east.

Watch the video below to hear the chilling tale told by storyteller Emily Collins...