A NEW series of work by the esteemed Irish designer-maker Joseph Walsh goes on display in Sotheby’s this weekend.

The selling exhibition of key pieces from his Gestures collection will be open at the prestigious auction house in London’s New Bond Street from September 17 to 29.

“Each piece in the series is both functional and boldly sculptural, a unique free form composition that isdesigned to sit  together in harmony with other works as an exhibition,” Sotheby’s explains.

Born in Cork in 1979, Walsh established his own studio and workshop at age 20. That studio, which encompasses a design studio, workshop, gallery and archive, is set around an 18th century farmhouse in the countryside in Fatha, Riverstick, where he continues to work to this day. 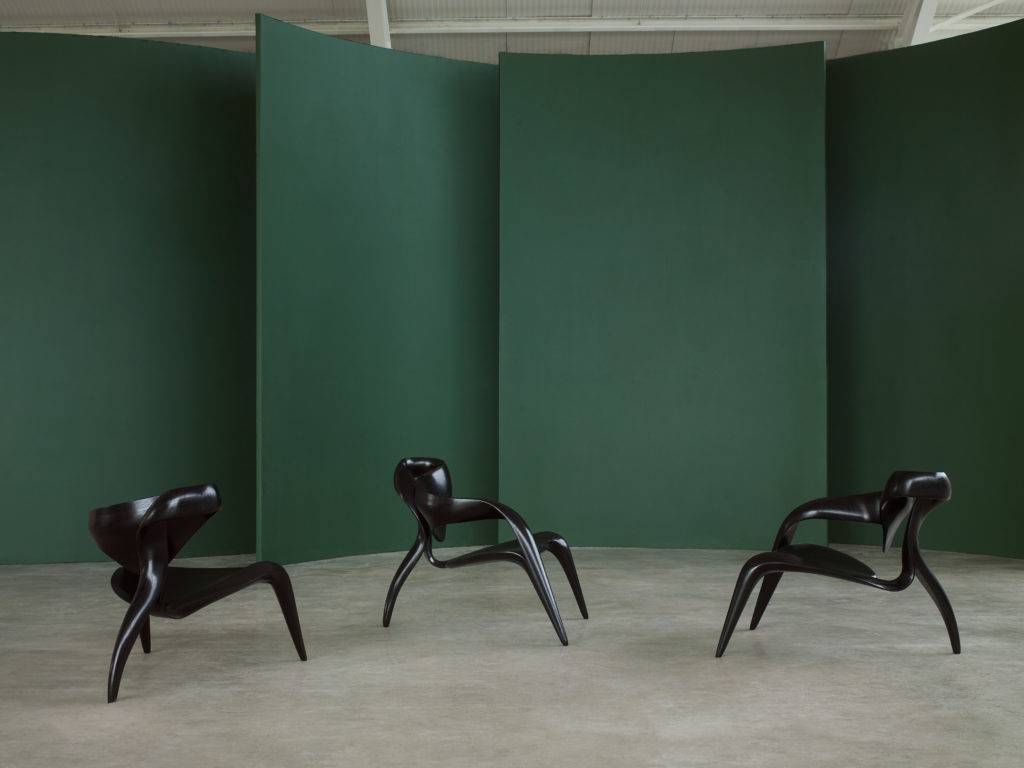 The artist’s work reflects his passion for expression through material and form. From monumental scale sculptures to one of-a-kind site-specific commissions and collectible design editions, every piece within his dynamic body of work reveals an intuitive relationship with making, a sympathetic use of materials and an expressive engagement with form.

Walsh admits his work is inspired by the “free, uplifting and ever-changing grace that can be found in nature”, as such he has developed a creative process which captures the fluidity and immediacy of a sketch – of the moment of inspiration – and in which the final form is only defined through its making.

His latest collection, Gestures, which will be exhibited during the London Design Festival, has emerged over the past three years. It began with charcoal sketches which the designer then translated into scale model studies in wood. The wood was then cut into layers, rebuilt and carved to create an uninterrupted sculptural form.

Finally, the works were finished in ebonised black, a process that references the original charcoal sketches.

Of his practice, Walsh explains:

“There is no rush to create the perfect piece.

“It’s more about creating a set of circumstances where I can achieve a perfect rhythm.”

He adds: “I think that’s when something really special emerges.

In the studio, each day is new: ideas evolving, techniques developing and pieces emerging.”

“In the new Gestures series, Walsh distils furniture down to singular expressive gestural lines to bold and impactful effect.”

She added: “This collection of work, exhibited during London Design Festival, is testament to both the mastery of his craft and the technical innovation that this exceptional designer-maker pursues.” 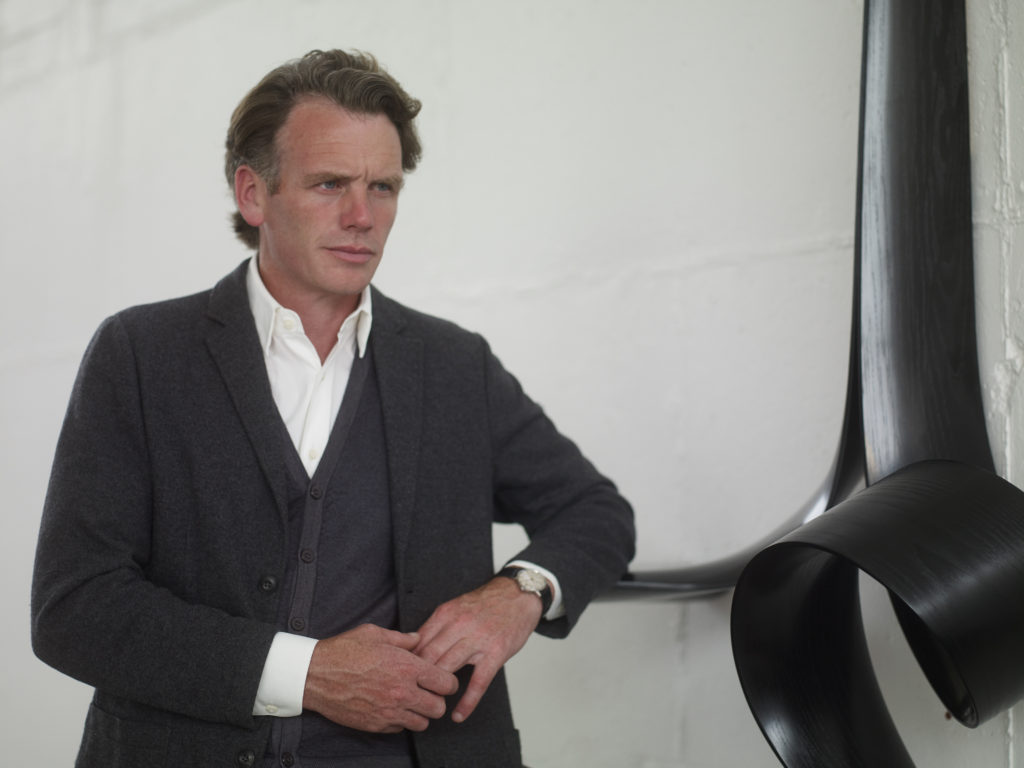 Joseph Walsh was born in 1979 in county Cork where he established his own studio and workshop at age 20 and is still based today.

With no formal training, he began to explore his passion for making, visiting master makers around Europe and developing his own mastery of wood working and deep knowledge of the material.

From the outset he pursued innovation in making based on traditional techniques, often from other craft forms, which enabled new making methods and forms.

This led to significant early commissions for various ecclesiastical clients, the Embassy of Japan and the National Museum of Ireland.

From these early years of experimentation and development, Joseph Walsh began to break some of the traditional rules of making, and even his own rules, in order to create the truly bold and expressive forms for which he is known today, realised in an ever-widening range of materials, including wood, marble and bronze.

His achievements in design have been recognised by an honorary doctorate from University College Cork, a major commission for theNational Gallery of Ireland and the acquisition of works for many major international collections, including most recently the Metropolitan Museum of Art in New York.