On this day in 1983, nationwide hunt begins for famous racehorse Shergar, allegedly kidnapped by the IRA

IT HAPPENED almost 40 years ago, and yet remains one of Ireland's biggest unsolved mysteries.

The armed kidnapping of Shergar, one of the most successful racing horses in history, happened this week 38 years ago-- 8 February 1983.

The thoroughbred racehorse, who had been named European Horse of Year in 1981, was retired to the Ballumany Stud in County Kildare, where he had sired 35 foals.

He had been syndicated at stud for 40 shares totalling £10million and with stud fees commanding £80,000-- so to say he was valuable was an understatement, something not missed by the gang of kidnappers. 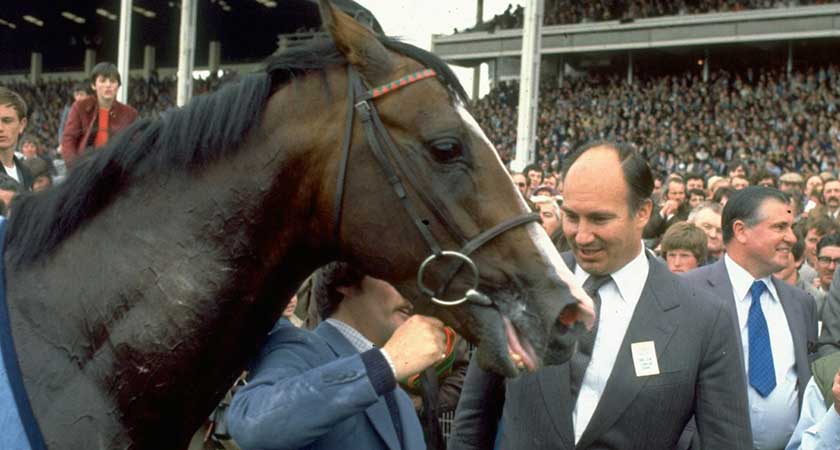 The Aga Khan with Shergar in 1980 (Picture: Getty Images)

On the night of 8 February, three armed men whose faces were hidden behind masks, broke into the home of Jim Fitzgerald, the head groom at Ballymany.

Fitzgerald later told reporters that one of the men-- believed to be working in a group of up to nine men-- said straight out that they had "come for Shergar", adding "We want £2 million for him."

Fitzgerald's family were locked into a room while Fitzgerald was taken hostage and forced to lead the group to Shergar's stable at gunpoint, where he then brought the horse into a waiting horsebox.

Fitzgerald himself was brought into a separate van where he was driven around for hours, his face covered, before being released more than 30 kilometres away from home.

He was warned not to contact Gardaí under the threat of his family being killed, and told to wait for the gang to contact him-- but word got around, and the Gardaí were eventually notified.

By that time however, it was 9 February; Shergar had been gone for eight hours, and the trail had gone cold. 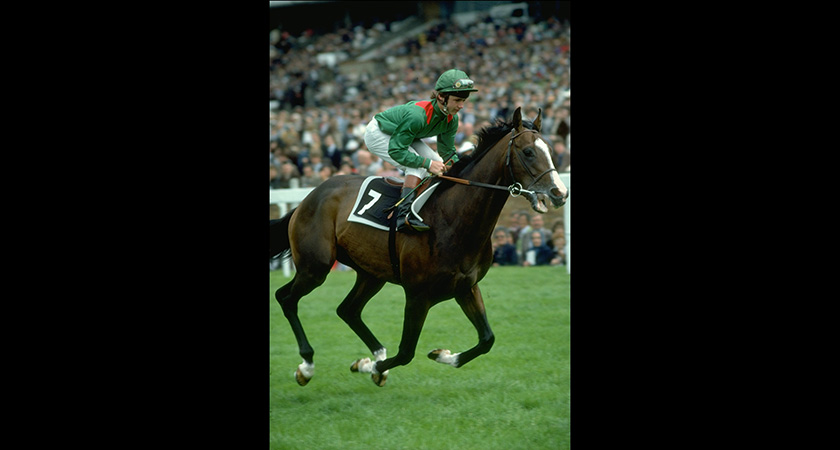 Then came the frantic hunt for the valuable racehorse, and the panicked decisions between all 36 shareholders as to whether they would pay the ransom.

It was eventually decided that there would be no ransom paid, as they could not be sure the horse would be returned and there were fears it could make every high-value horse a target for kidnappers.

The hunt for Shergar and the kidnappers hit snags, and the biggest opportunity the Gardaí had to locate the missing horse was botched when, after one of the gang remained on the phone long enough for it to be traced, it was found that the person responsible for intercepting the calls had finished his shift and gone home.

Negotiations between the kidnappers and the shareholders continued for less than a week before the kidnappers became annoyed that pictures they had sent of Shergar were deemed "not proof enough" that the horse was still alive.

The trail went cold, as did the case-- and nobody has been charged for the theft of the famous horse.

There are popular theories that Shergar had been kidnapped by the IRA; while the organisation never officially took responsibility, one source, who was once a member of the Provisional IRA claimed that this was the truth, and that the idea came when one member was reading about the racing from prison.

During a 2008 investigation into the kidnapping, a source who claimed to have been present told The Sunday Telegraph that the horse had been "machine-gunned to death" and died "a very bloody death".

It is believed that the media attention around the horse's disappearance had led the men to panic and believe they had a greater chance of getting away with the kidnapping if the horse was dead.

It is then believed that Shergar's remains were buried in a bog, possibly in County Leitrim, but despite police investigations-- and the help of psychics and clairvoyants-- his remains have never been found.

The remarkable story of Eamon de Valera's escape from English prison - using a cake, a candle and a postcard with a hidden message