THE family of a popular London driving instructor – who has taught more than 3,000 students – have paid tribute to the man who “makes everybody feel safe” as he celebrates his 80th birthday.

Living in Willesden Green, Mayo native William O’Hara has been teaching people how to drive since 1977 - when he launched the O’Hara School of Motoring.

His “calm, collected and professional” manner made him a trusted choice for many families around the north London area, where he has racked up an astonishing 3,200 students to date.

Of course, his own family fall into that number too – with Mr O’Hara having taught each of his four children William, Kieran, Sinead and Collette to drive, as well as his daughter-in-law Sarah O’Hara. 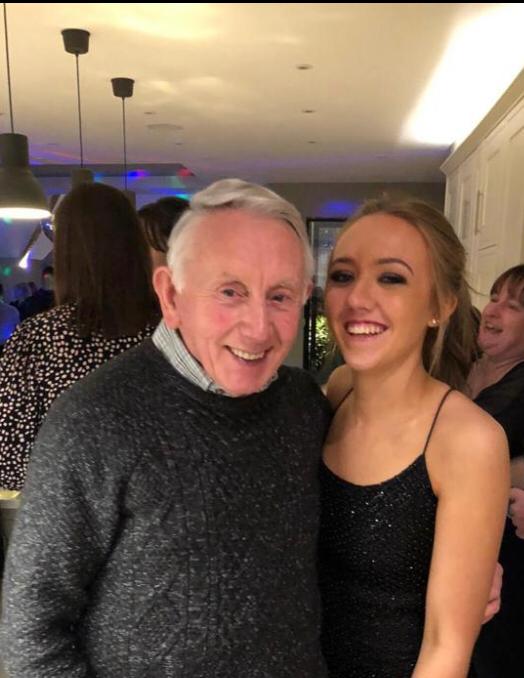 Niamh, 18, passed first time after her grandad William taught her how to drive

And with seven grandchildren - Alexandra, Phoebe, Lia, Niamh, Conor, Shane and James - he is now on to the next generation of family students, with 18-year-old Niamh recently passing her test after being taught by her grandad, and her brother Conor all set to start his lessons soon too.

Unsurprisingly, all of the O’Hara students passed their test first time, the family confirmed this week, as they paid tribute to a man they describe as their “rock”.

“Dad is a rock to all the family,” daughter Collette Keating told The Irish Post.

“He has been there for all of us, throughout times in our lives when we need him, his quiet, calm, funny personality is something you can cling on to when life gets challenging.”

She added: “Whether it's fixing the family’s cars or being there to when a pipe has burst and water is flooding your home, you know you can call dad and he will sort it.

‘You don’t know how he will or whether he even knows what to do - you just know you’re safe in his hands.”

William in his youth, with his siblings in Ireland, (l-r) James, William, Mary and Brendan O'Hara

Known as ‘Billy’ to friends and family, Mr O’Hara hails from Barroe, Carrowmore Lacken in Ballina, where he was born on October 5, 1940.

While there he took on a job laying foundations for electric pylons which took him across the country.

Eventually he arrived in London, where he met and married wife Kathleen.

The pair, now married for 51 years, ran a successful cleaning business, servicing offices across the capital, before Mr O’Hara turned his attention to cars and teaching people how to drive them.

It proved the perfect career for the Mayo man - who has the ability, crucially, to stay calm under pressure.

And it is that which has seen thousands of young people graduate from the O’Hara School of Motoring with a much desired ‘Pass’. 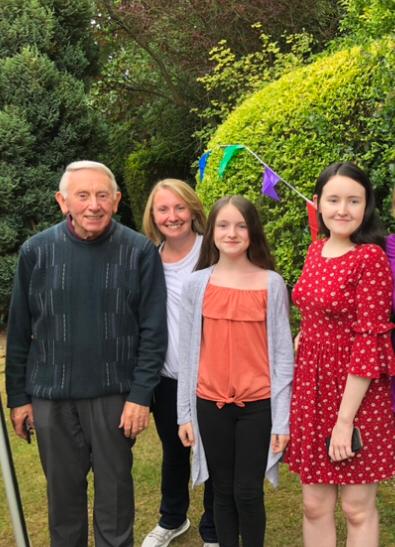 “Dad has a calm, collected, professional and funny character,” his family explains of his inherent capabilities as a driving instructor.

“He gives you the confidence in him that he is under complete control at all times,” they add.

“He never raises his voice, regardless of what is going on. He always challenges you to keep improving and even in those scary moments on the road when people are beeping their horn or when you’re driving fast, you always know you’re safe with dad beside you and no matter what difficulties you got into he will safely get you out of it.”

Despite reaching his 80th birthday this week, Mr O’Hara has no plans to retire anytime soon.

And the family is looking forward to marking his milestone - despite current Government restrictions limiting how they can celebrate - as something positive to enjoy after a challenging few months.

Thankfully she pulled through the potentially fatal virus, the family confirmed.

“This year has been extremely challenging for Dad and all of us as a family, as mum contracted Covid in early April and we thought we had lost her on a couple of occasions,” Ms Keating said.

“This was during a time when dad had to self-isolate in the family home on his own,” she explained.

“His strength of character was remarkable, and the family were amazed and proud at how he managed that whole horrible period of our lives.”

Regarding the birthday they will enjoy celebrating in their own way this week, she added: “As a family we would like to thank Dad for being our rock and the best Dad and Grandad we could ever hope for.

“We love him to pieces and wish him the best birthday he can possibly have during lockdown.”