Seven of the strangest things to wash up on Irish beaches

WITH Ireland sat at the end of a gulf stream reaching all the way to the Americas, it’s no surprise that all manner of strange things wash up on its shores.

Everything from large hauls of hard drugs to massive killer whales have appeared on Irish shores in the past few years – and that’s just recently.

Here are seven of the strangest appearances on Irish beaches:

A torpedo full of cocaine

No, really. Only this month, a literal torpedo filled with 165lbs of cocaine worth £4.4million was spotted on a tourist beach in Co. Clare.

Customs officers found bales of the drug wrapped in plastic inside the 6ft metal tube, each weighing around 2.2lbs.

A customs investigation is ongoing.

A turtle in a coma

A marooned loggerhead turtle washed up on a beach in Co. Clare in 2009, only the second live turtle of its kind to be found on Irish beach.

The juvenile loggerhead was in a comatose state suffering from hypothermia when it was discovered on Doughmore beach.

A team at nearby Lahinch Seaworld rehabilitated the turtle before transporting it back to the Azores, where it likely came from. 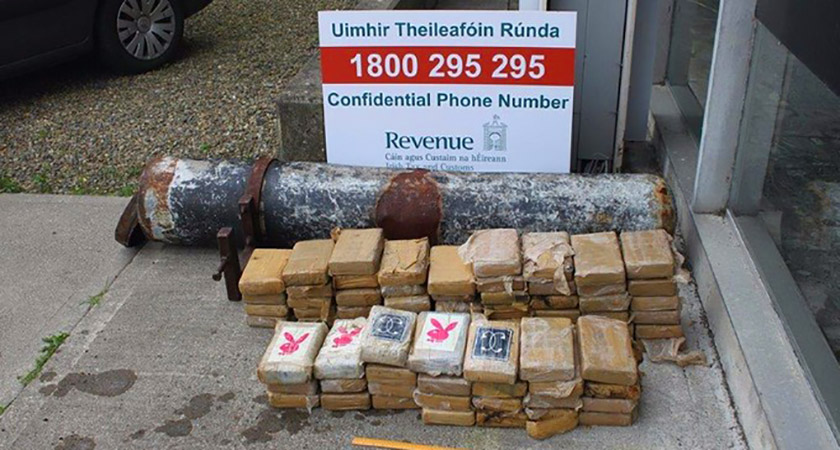 The torpedo haul worth more than £1million (Picture: Twitter/Revenue Ireland)

A resident of Tramore, Co. Waterford was walking a local beach on Christmas Eve last year when he stumbled across a hard hat washed ashore.

A week later, the Canadian Coast Guard recognised the hat on Facebook as one of their own – likely washed off a volunteer’s head in rough weather before washing thousands of miles to Ireland.

Back in 2014, a huge shark from the great white family was found washed up on a beach in Castlegregory, Co. Kerry.

The 1.8m female porbeagle shark was discovered by a passer-by as they took a stroll along the windswept Aughacasla beach.

Some believe that the worldwide ban on hunting sharks has swelled their numbers, sending many to hunt for food in the north Atlantic and off the Irish coast. 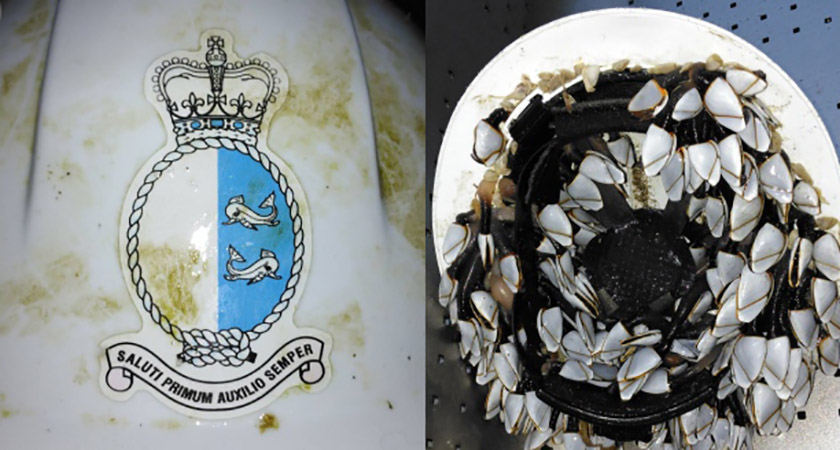 In 2009, tens of thousands of dead starfish were found on a Sligo beach after being killed in extreme weather conditions.

The adult starfish measured between 7cm and 20cm in diameter and were estimated to number as high as 50,000 in numbers – making up just 150 metres of the same strand.

Starfish are extremely common in the North Atlantic near to Ireland, but the find of such a high number in such a small area is exceptionally rare.

Last year, as covered by The Irish Post at the time, a massive whale carcass washed up on a beach in Co. Derry.

The 43-foot Sei Whale was spotted on Portstewart strand, just 10 miles down the coast from the Giant’s Causeway.

Seagulls flocked the adult female for hours before diggers hauled her 10-tonne carcass away by lorry to a landfill. 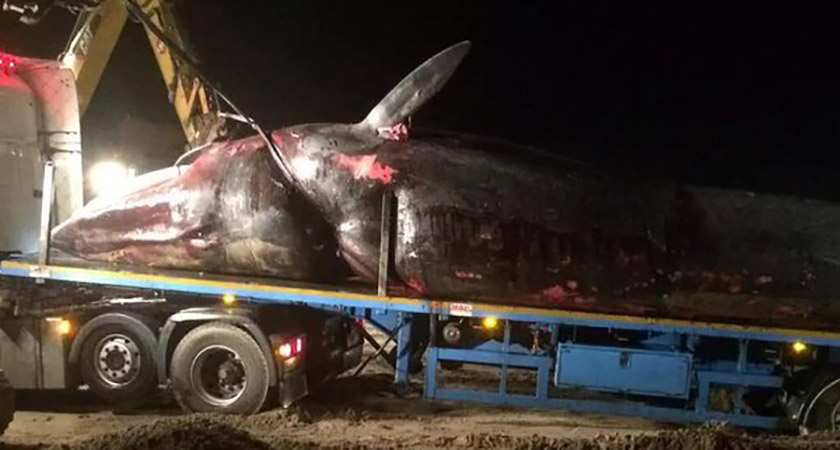 In a single fortnight last year, four unexploded devices originating from World War Two were discovered on beaches in the south Down area in Northern Ireland.

Thankfully, the mortars did not explode upon their discovery, but an army bomb disposal expert found them to remain ‘viable’ as dangerous explosives.

The appearance of the mortars came as a result of an arms dump by the British Government following the end of World War Two, which involved over two million tonnes of equipment dumped into the seas around Britain.