Ireland's Air Accident Investigation Unit (AAIU) allows members of the public to access reports from every incident that has occurred in Irish skies in recent years, from minor situations to fatal accidents.

And while air accidents are incredibly rare - with the odds of being killed a plane around 1 in 29.4 million - here are 10 times things did not go to plan, on occasion with tragic results.

A passenger plane was approved for take off by Dublin Airport's Air Traffic Control with another plane on final approach to the same runway.

Changing their mind, Air Traffic Control attempted to halt the departing aircraft, but with communications blocked for take off, it took off.

At their closest, the two jets were merely 807 meters apart.

Following a passenger flight, a Boeing 737 was manoeuvring into a parking stand at Dublin airport.

As it pulled into the stand, two airport workers stood behind the aircraft were blown over by a jet blast from the plane's engines.

A Boeing 757 passenger plane was descending towards Dublin Airport when it encountered a sudden and unexpected bout of turbulence.

The aircraft's captain noticed that the plane's airspeed was lower than it should be, and put the aircraft into a nose-down plummet to avoid stalling.

Speed recovered slightly, but the captain was forced to do the same again to get up enough speed to land.

After landing at Dublin Airport, four crew members and 13 passengers were treated for injuries.

A student-teacher pair were taking off from Birr Airfield in Co. Offaly during pilot training when witnesses heard the aircraft lose power.

After the engine cut off they saw the aircraft make a steep descending turn to the left before disappearing from view and crashing into nearby scrubland.

Both pilots were killed in the incident, which a subsequent investigation found to have been caused by fuel starvation.

A small Cessna aircraft departed Abbeyshrule Aerodrome in Co. Longford to be used for skydiving activities. Shortly after take off, the pilot felt a “knock” and the engine lost all power.

The pilot soon brought the aircraft into an emergency landing in a nearby field. The pilot and his four skydiving passengers all managed to escape the aircraft, which was in a bad state.

Two of the skydivers attended a local hospital but were released shortly thereafter.

An investigation found that the loss of engine power was down to a faulty crankshaft. 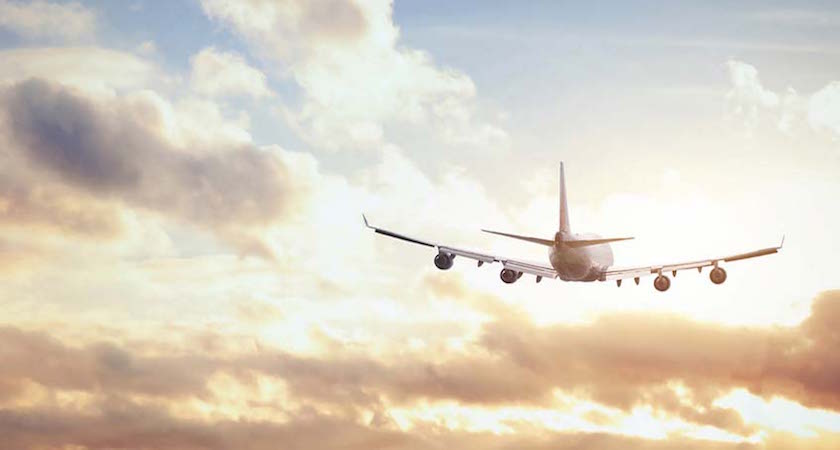 Following take off from Co. Kildare's Weston Airport, a survey aircraft with three on board reported a right-sided lean at 1,500 feet.

The aircraft diverted to Dublin Airport where Air Traffic Control reported to the pilots: "You appear to have lost your nose cone."

There were no injuries.

A small Cessna plane was departing from Brittas House Airfield in Co. Limerick to fly to Gloucester in Britain when the pilot noticed the aircraft was not accelerating quickly enough.

Familiar with the airfield, the pilot knew that there was a ditch at the end of the runway that could prove deadly. To avoid it, he attempted to perform a small takeoff to overfly the ditch and land in the next field.

During the manoeuvre the plane hit a fence post and crashed into a nearby hedge.

Despite the aircraft sustaining substantial damage, the pilot somehow escaped without injury.

A small Cessna aircraft departed Ballyboy Airfield in Co. Meath en route to attend a fly-in at a private airfield in Co. Wexford.

The pilot was known to regularly bring his two dogs on trips in the plane and both dogs accompanied him on the flight, along with a co-pilot.

At around 9.30am the plane crashed into the side of Blackstairs Mountain in misty conditions, killing both crew members and the two dogs.

An investigation is ongoing.

Following an uneventful tandem parachute jump from 10,000 feet, the main chute was deployed at 5,500 feet but immediately brought about a violent spin.

Unable to cut away the main canopy, the tandem master deployed his reserve shoot, which only partially inflated.

With both chutes not fully inflated, the pair impacted a forest clearing hard and both sustained serious impact injuries. Miraculously, they both survived.

A James Bond-style Bede kit plane took off from Waterford Airport en route to an airshow in the Shannon area.

Shortly after takeoff the plane’s English pilot informed Air Traffic Control that he had an engine fire and would be forced to make an emergency landing in a field.

This proved unsuccessful and the aircraft impacted the ground and burst into flame. The pilot was pronounced dead at the scene.