A portrait of irish wolfhound in a summer park.

THERE are nine breeds of dog that are native to Ireland, and the best-known of these is the Irish Wolfhound.

For centuries, this ancient dog was famous throughout the world for its size, speed and strength.

Here's a brief history of how the breed overcame near extinction to become part of brand Ireland...

The road to extinction

A Wolfhound had to be fast enough to overtake a wolf, and powerful enough to kill one. But, perhaps, the Wolfhound proved too successful for its own good, because, by the end of the eighteenth century, Irish wolves had been hunted to extinction. This had obvious implications for the giant dog that had been bred to kill them. In fact, not long after wolves disappeared from Ireland, Wolfhounds are also believed to have become extinct. 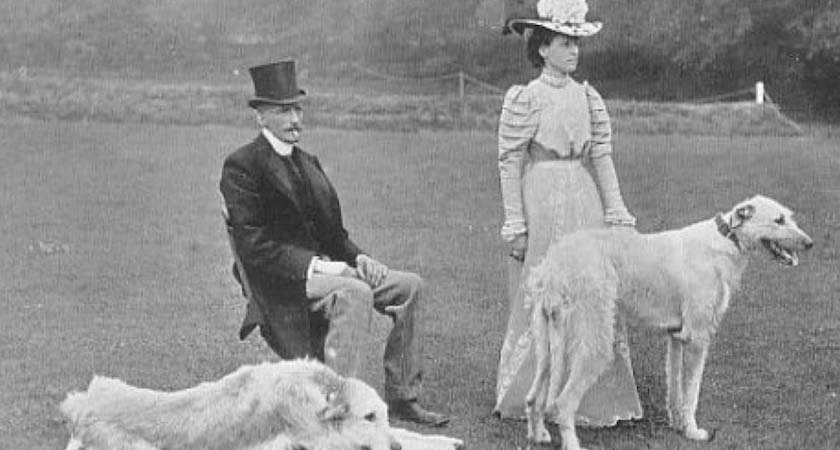 The Irish Wolfhound has been a popular choice of dog for centuries (Picture: The Curious History of Irish Dogs)

Then, towards the end of the nineteenth century, an unlikely champion of the breed emerged, and he was determined to restore Irish Wolfhounds to their former glory.

In 1863, Captain George Graham left the British Army, and bought a large estate in Gloucestershire. For the next half-century, he lived like a typical Victorian country gentleman. He served as a magistrate. He contributed to local charities, and he supported the village cricket team. But, for all those years, Graham maintained one abiding passion: to bring the Irish Wolfhound back to life.

He was convinced that there were still some specimens of the old breed left in Ireland, and he managed to acquire some. However, only a small number of these could claim any authentic ancestry, so Graham was compelled to cross them with other breeds. He drew primarily upon Deerhounds and Borzois, but it seems that Mastiffs, Great Danes and even a Tibetan Kyi Apso also contributed to the gene pool.

Graham founded the Irish Wolfhound Club in 1885. He was fortunate in his timing because that coincided with what came to be known as the Celtic Revival. The overall goal of this Revival was to restore Ireland’s old traditions of sport, language, and art. So, it wasn’t surprising that there should also be an attempt to resurrect an ancient Celtic dog. 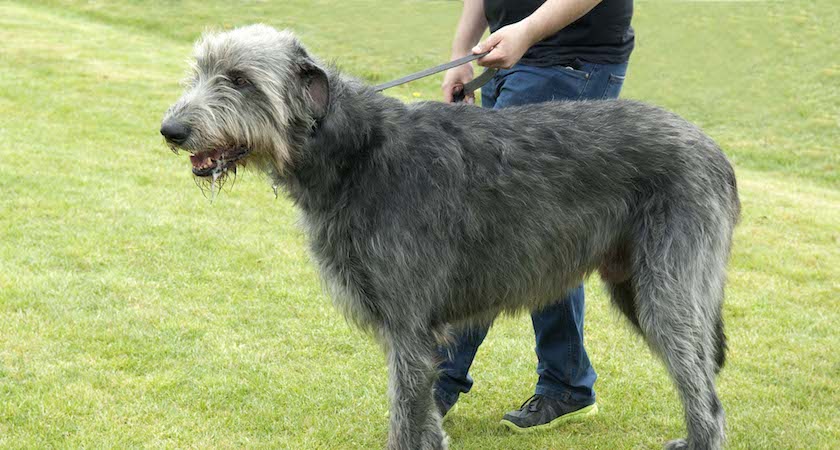 Time for a walk? (Picture: istock)

However, not everyone is convinced that Graham ever achieved that goal, and it is true that there may not be many of the ancient bloodlines in the current breed. The Wolfhound, as it exists today, was largely developed on an estate in rural Gloucestershire by a wealthy Englishman, and he used a number of Russian, Danish, Scottish, and Tibetan animals to help produce what is now regarded as the quintessential Irish dog.

A brand as well as a breed

But Graham still managed to create a unique and beautiful dog. In fact, he established an Irish brand as well as an Irish breed, and the Wolfhound has since appeared on bottles of whiskey, public monuments, Army medals, tobacco tins, rugby jerseys, stamps, coins, bank notes, and much more besides. Over time, the dog that Graham created has become Irish - by adoption, if not by blood.

The mascot of the 3rd Infantry Battalion of the Irish Army is a Wolfhound, and the breed featured in many of the ceremonies to mark last year’s anniversary of the Easter Rising. However, when Ireland’s President. Michael D.  Higgins, paid his first official visit to Britain in 2012, he was greeted at Windsor Castle by Domhnail, the Wolfhound who is the current mascot of the Irish Guards – a regiment of the British Army.

This gentle giant may no longer hunt wolves, but it has become a living symbol of how we can transcend the divisions of our past. For all of that, we must thank George Graham.

David Blake Knox is the author of The Curious History of Irish Dogs, published by New Island.