Here is a look at his life story...

Born he Cork, he was a Kerry man at heart

He later moved to Killarney with his parents, to live on a golf course where his father worked as a steward.

In 1918 he enrolled at the Mungret Jesuit college in Co. Limerick.

Mgr O’Flaherty stayed in Rome working for the Holy See before taking up positions across the world including Egypt, Haiti, and Czechoslovakia.

When Mussolini was removed from power in 1943, thousands of allied POWs were released and many of them sought out O’Flaherty in the Vatican for assistance.

O’Flaherty, along with the help of young New Zealanders, Fathers Owen Snedden and John Flanagan, started to conceal those fleeing from the Nazis, mostly Allied soldiers and Jewish refugees, in flats, farms and convents inside the Vatican and across the city of Rome.

It is thought his actions contributed to saving over 6,500 people. 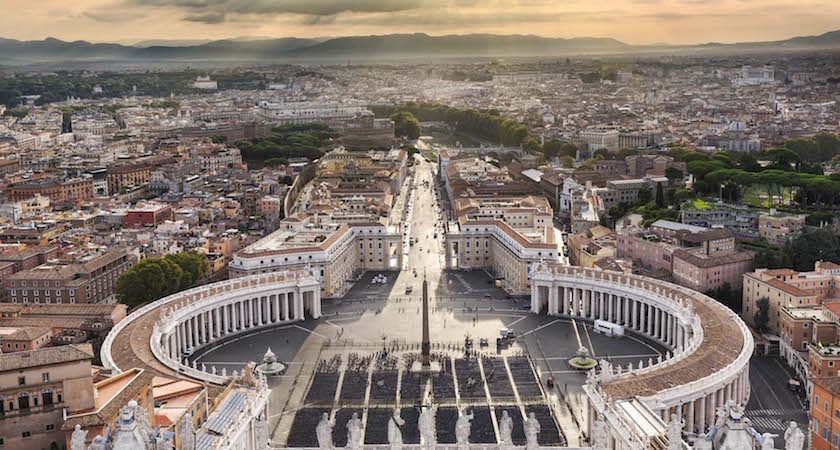 German soldiers were unable to arrest him inside the Vatican. (Picture: iStock)

The Vatican afforded him special protection from the Nazis

The Germans, although aware of his activities, were unable to arrest him inside the Vatican. He became known as the Vatican’s Scarlet Pimpernel for his ability to evade Nazi capture.

When leaving the safety of the Vatican he used a series of disguises and fake IDs to avoid detection.

Furious at his behaviour, Lieutenant Colonel Herbert Kappler, the head of Gestapo in Rome had a white partition line painted across the opening of St. Peter’s Square signifying the border between Vatican City and Italy.

He made it clear that should Mgr O’Flaherty cross the line he would have him arrested immediately.

Despite these threats, when the Allies took Rome in 1944, Mgr O’Flaherty demanded that the German POWs were to be treated properly. After the war he began to visit Lieutenant Colonel Herbert Kappler regularly in prison. In 1959 Kappler converted to Catholicism, it was Mgr O’Flaherty who baptised him.

Ill health forced him to return to Ireland

During a Mass in 1960 Mgr O’Flaherty suffered a stroke, his health worsened and he returned to Ireland to live with his sister until his death in 1963.

He is buried in the cemetery of the Daniel O’Connell Memorial Church in Cahersiveen.

His bravery has been recognised at the highest levels

His bravery throughout the war was recognised by the allied forces and he received a number of awards for his bravery including a CBE and the US Medal of Freedom, he was also the first Irishman named Notary of the Holy Office.

In 2013 a memorial to him was unveiled in his hometown of Killarney.

A plaque was unveiled outside the Teutonic College in the Vatican in May this year. The college was O’Flaherty’s home during the war.