A young Tony Slattery, in his heyday

THE name Tony Slattery may be only vaguely familiar to you.

But during the 1990s he was a major comedy and light entertainment star, a ubiquitous media presence appearing on game shows, quiz shows, talk shows and more.

Slattery then more or less disappeared from our screens.

But last month he made a memorable television appearance, although one that was unlike any he’d made before.

At his peak, Slattery — a strikingly handsome, quick-witted and creative performer — won accolades and awards.

A gifted actor, his theatre work brought him an Olivier nomination for Neville’s Island.

His film work included acclaimed roles in The Crying Game, Carry on Columbus and Peter’s Friends.

But Slattery is probably best remembered for his quick wit on Whose Line Is It Anyway?, the Channel 4 improv-comedy show that ran from 1988 to 1999. 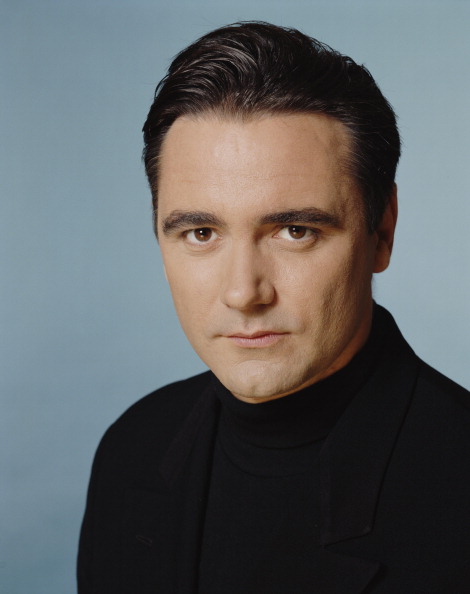 A young Tony Slattery, in his heyday. (Photo by John Stoddart/Popperfoto via Getty Images)

Then Slattery disappeared as suddenly, it seemed, as he had risen.

It the 1990s you might have predicted that a long, television and film career lay ahead, perhaps even the Hollywood A-list; but he was gone.

His recent television appearance gave the answer to the conundrum.

Instead it traced Slattery’s descent into drink and drug abuse in the wake of his meteoric rise.

He had been working non-stop for 13 years and had ultimately turned to vodka and cocaine to help cope. 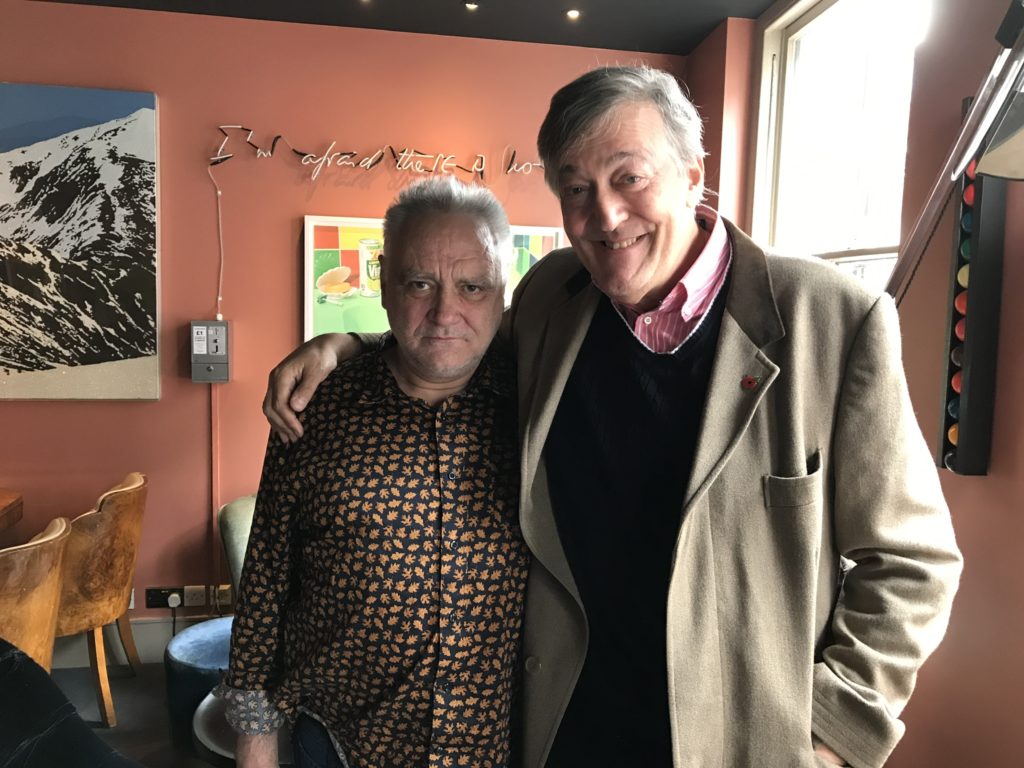 Tony Slattery with fellow comedian Stephen Fry, who features in the programme

But, of course, they didn’t help; and Slattery’s descent was swift and steep - job opportunities dried up, showbiz ‘friends’ disappeared, his money was long gone.

Today Slattery lives in a rented two-up, two-down in Edgware, north London and has gone from being one of the most handsome actors around, to a 60-year-old who could pass for 80.

Anthony Declan James Slattery grew up on a council estate in north-west London, the youngest of five children to Irish Catholic immigrants, Michael and Margaret Slattery.

He was much younger than his sister, Marlene, and his triplet brothers, Christopher, Michael and Stephen.

A quiet child and very close to his parents, the young Slattery did exceedingly well at school, and breezed into Cambridge to study modern and medieval languages.

At university he joined the Cambridge Footlights, eventually becoming President.

This is the famous college theatre group that nurtured the likes of Monty Python, Stephen Fry and Peter Cook.

Here Slattery encountered laughter and applause – “two of the most addictive substances known to mankind”, he previously told The Guardian.

Slattery was cast as the gauche outsider. 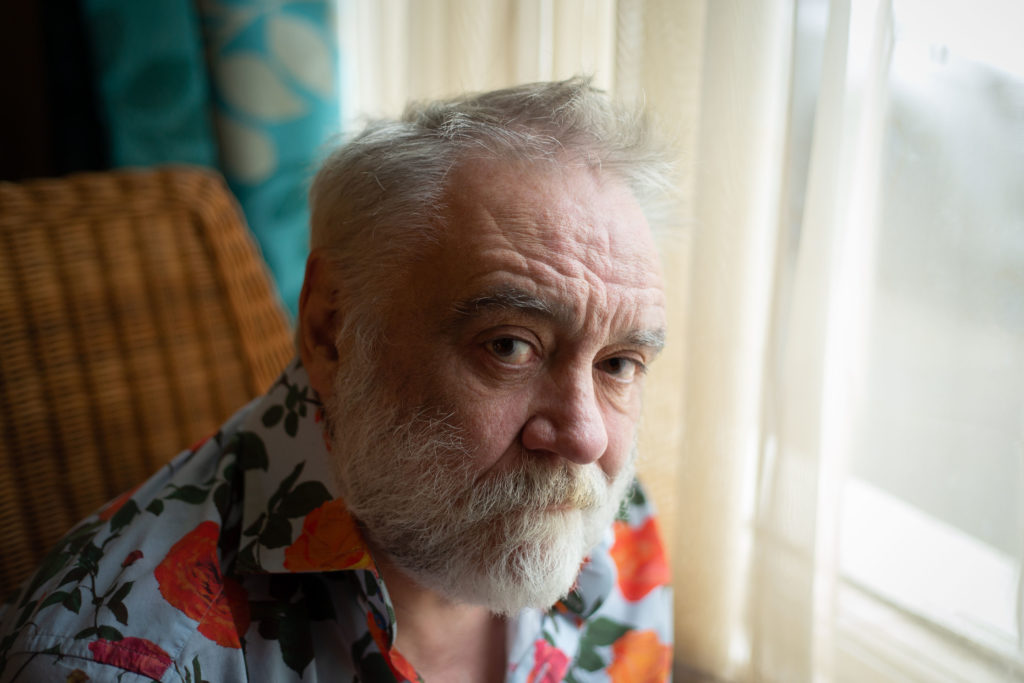 The Horizon programme attempted, with Slattery’s full co-operation, to get to the source of his addiction, and to pinpoint his mental health problems.

At one stage the actor spoke of being sexually abused by a priest when he was eight, although this was not held up as an explanation for Slattery’s subsequent problems.

The Horizon programme did underline one high spot in Slattery’s life however: the constant love and care that he has enjoyed from his long-term partner Mark Hutchinson, who he has been with since 1986. 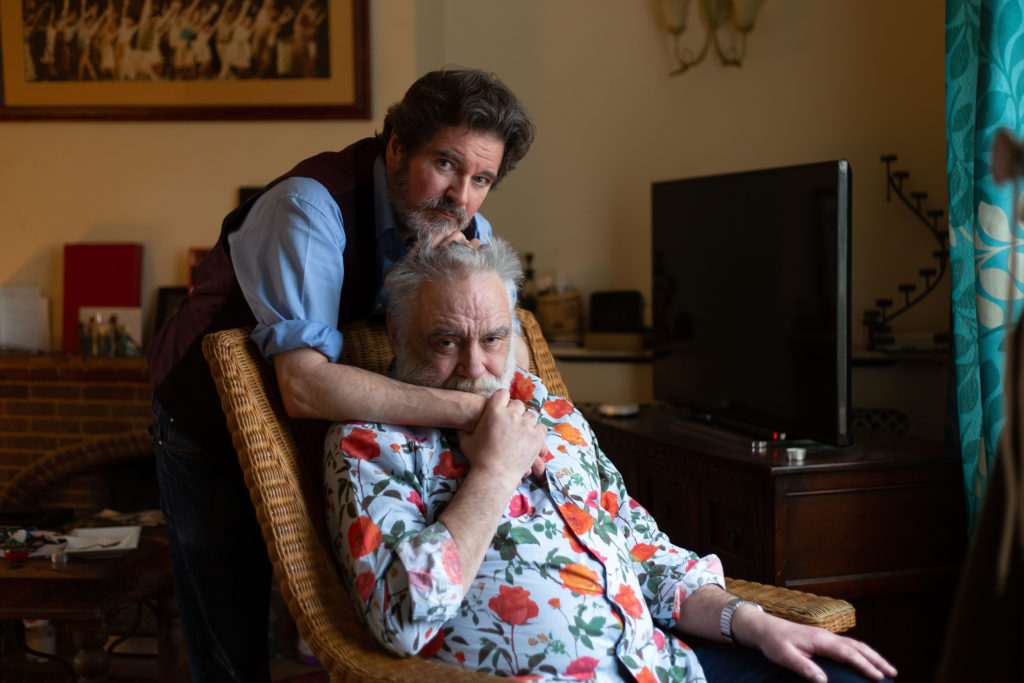 Since its broadcast on May 21, Slattery has been “genuinely moved” by the messages of support he has received from the greater public in the aftermath of the programme.

“What can I say? I am genuinely moved by the amount of messages, comments and emails that each of you have taken the time to write, and in which you have shown your support, your compassion, your encouragement — and, some of you — your courage in vocalising your own experiences of some of the issues addressed in the documentary.

"I am simply overwhelmed by the love and kindness you have shown me,” he wrote on his website.

Horizon: What's the Matter with Tony Slattery? Is available to watch now on BBC iPlayer.

See More: BBC, Tony Slattery, Whose Line Is It Anyway