AFTER travelling from Ireland to the likes of Australia and New Zealand, veterinarian Austin Donnelly returned home and penned a tell-all book about his adventures and a lifelong passion to look after animals.

Drawn from his experiences as a vet, while providing anonymity to protect the identity of the characters he encountered along the way, Donnelly’s book has been described as “compelling and wonderfully descriptive”.

What is unique about it, is that the Irishman does not shy from the gore, the joy, the sorrow, the fear and the exhilaration which make up veterinary life.

Instead, in his stories it is the animals that take centre stage, something which they have done for the author all of his life.

“From my earliest memories, I have always wanted to be a vet,” the Armagh native, who now lives in Roundwood, Co. Wicklow, told The Irish Post.

“I grew up on a mixed farm (horticulture, fruit farming and beef cattle) on the shores of Lough Neagh, in the orchard county of Armagh, Northern Ireland,” he explained.

“Alongside our farm animals, we kept a menagerie of pets, from donkeys and ponies, to poultry and pond fish too.”

He added: “My dad was a great storyteller and I used to love accompanying him to all the places where farmers would congregate and share stories, like the cattle mart canteen or the co-op.

“There would always be lots of laughter, no matter how bad the weather or the farming economy was, and I loved to hear their tales.

"As I grew up and later started work as a mixed practice vet in Ireland and later the southern hemisphere, I started to gather a few stories of my own.” 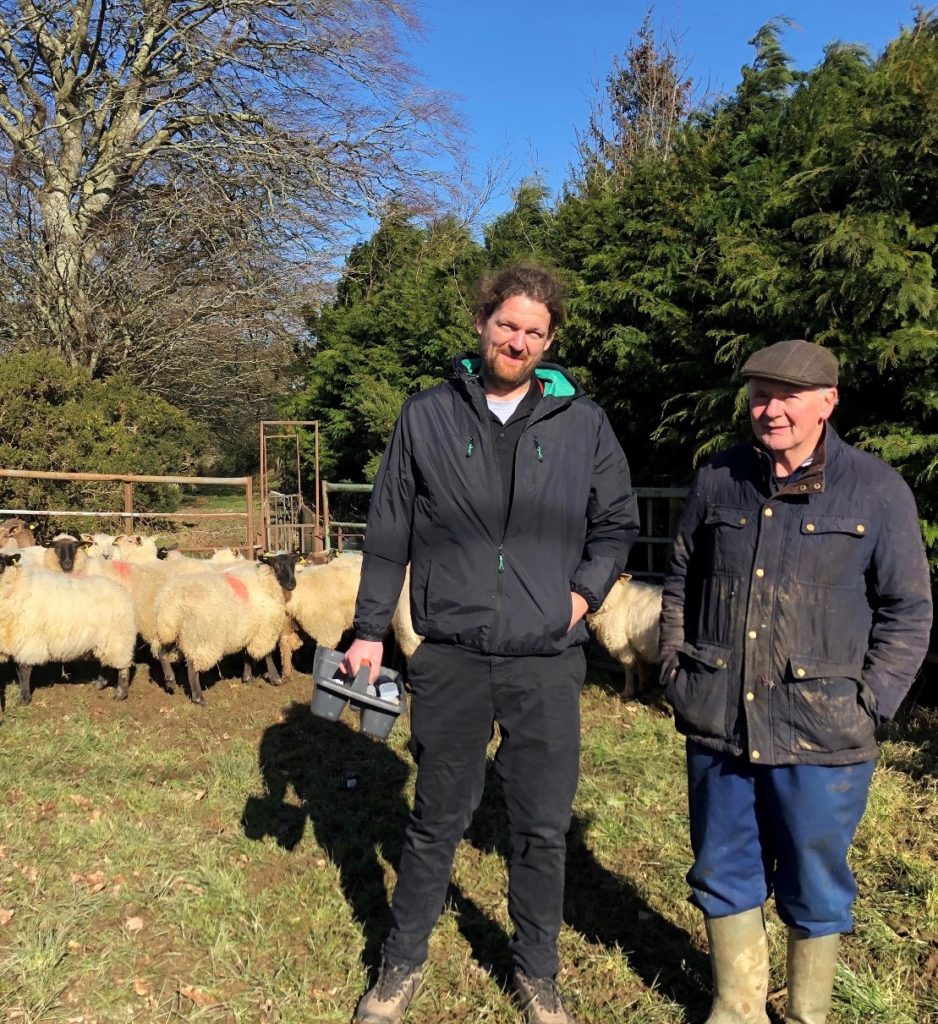 It features tales from his travels in Britain, Ireland, Australia and New Zealand.

John, Mamo and the Three Michaels

This is the tale of a 35-year-old pet cow, Mamo, over in county Wicklow who surprised an entire village by delivering a calf. (Mamo was already nearly three times the average life expectancy)

There was a bit of a whodunnit as to the paternity, the source of much laughter as a few local bulls were on the suspect list. The calf went on to grow into a very tall and the most docile, bullock (a pet of course) and a real character too.

Along the way we learn the calf was named after Michael D Higgins, as he was born the day Michael D became president. Before publication, I decided to email the Aras. Then followed a request for the story and a very kind phone call from a representative saying the entire office had read and enjoyed the story.

Peadar and the Lads

This is a story about a Galway postman that went on holiday one spring and came back to discover his substitute, had missed out on emptying a rural post box, for the few weeks he was gone.

The postman came to me in a bit of a panic, as he discovered the post box almost overflowing and had taken all the mail out, only to find a nest of young robins in the middle of it.

The nest was beyond saving.

After that, under top secret conditions, and with a bit of guidance from me, he went on to raise those robin chicks in a hat, in the glove compartment of his post van.

I couldn’t keep a straight face at the vet’s when a few letters turned up with bird droppings on them.

Even the receptionist joked about how the birds must be going in the post boxes, little did she know they were in the post van.

His dedication paid off, as he eventually fledged all five robins to his garden shed and then his garden.

Craic – pronounced ‘crack’ – has nothing to do with the illicit substance, but it is just as addictive.

Craic happens in many different places. Good craic can give you goose bumps, but mighty craic can knock your socks off.

It is subconscious and joyful, better than just fun and laughter alone – it enlivens an experience.

It’s like the MSG seasoning on your chips that elevates them to another level, and just like MSG, too much craic mightn’t be good for you either.

It has a similarity to the Englishman’s banter, but Irish craic is better.

You can do certain things for the craic, like an Australian would, just for the shits and giggles.

There could be craic even at a funeral, if it’s not an overwhelmingly sad one, especially if a previously unannounced offspring of the deceased turns up.

There certainly is no craic in misery. A full measure of craic is said to be ninety. Some people have it, some people crave it, and unfortunately some people are completely minus craic, and still other people will never get it at all.

It’s not just drunken frivolity, and it’s more than a gossip’s tale or scandal.

Any age group can have it. Irish people can detect and find it – they live for it!

The farm I am about to tell you about, nestled in the Wicklow hills, was full of it!

The Tassie Twins and the Orgling debacle

You’re not serious? Surely, you’re having me on, Rose? I just can’t quite believe it,’ I said.

​We were standing on the patio at the front of Rose Harte’s cottage.

Rose was stroking Butters, her podgy Russian blue cat. He was freshly brushed and mostly asleep on the garden bench but enjoying the attention.

​‘That’s some kind of perverse cycle of life stuff right here,’ I said, still trying to get my head around it.

‘Butters hunts the wild birds (I presume). You brush Butters and peg the little tufts of his excess fur onto your clothesline for the birds. The birds pick it up for their nests, and then the cycle perpetuates. Butters eats the birds… The premise of some sort of horror film perhaps?’

​I had a chuckle, but Rose just looked at me kind of funny.

​As we spoke the birds were in a frenzy to get the fur no more than a couple of metres away from us. Looking on at Butters and his close proximity to the birds, my laugher slowly changed to alarm as I started to fear that there could to be a showdown right there and then.

An avian massacre in the making…

​Discreetly I started tapping my foot to try to shoo the birds away from Butters, an attempt to avert the impending bloodbath.

My theory was quickly dismantled, alas, when, in the rush of birds grabbing beaks full of fur off the clothes line, one of them, a yellow-throated honeyeater, landed right beside Butters and helped herself to a few tufts of fur directly from Butters’ rump, perhaps not fully realising this fur was still attached to the cat.

But Butters just sat there in sleepy indifference, looking at the bird.

I don’t think Butters was into bird-hunting after all.

Arriving at the main courtyard, in the centre of the farm buildings, I parked up and was out getting my kit organised when I heard an exuberant, "Helllloooooo! Welcome to Kiwi land! You must be the new vet! You are most welcome!"

As Ian appeared from one of the nearby doorways and introduced himself with a firm handshake.

Ian was tall and slim, with a shaved head, and I quickly picked up on a northern English (Jordie) accent; he appeared to be in his early forties.

It was a nice sunny morning and he was making the most of it, wearing some (sawn off arms and legs) dungarees and a pair of hobnail boots. I remember thinking it really was quite a fashionable look, for a goat farmer.

I added: “Coming all the way from Ireland, I feel privileged to visit a hairy fairy goat dairy.”

Ian replied: “Oh my God you are Irish!”

He said: “I bet you are wondering where the fairy is? and he stood back and did a little dance, somewhere between the floss dance tossed up with a bit of ballet, performed with a beaming smile and occasionally cupping his hands about his face, much like petals on a flower.

He then loudly exclaimed, “It’s me!” And with a quick spin and a curtsey, he said, “I am the hairy fairy.”

I smiled and said, “I am most humbled to meet you, Mr Ian the hairy fairy", and we both had a giggle.

Ian then said: “Wait to you meet my husband Dave and he finds out you are Irish. He is going to die.
He loves Irish people – what with his ancestors being Irish convicts back in the day.”

He made these comments with a cheeky grin and it all sounded funnier in Ian’s Jordie accent than it should have; again, we both laughed.

Whiskers, Feathers & Fur: Veterinary Tales is available in ebook and print on Amazon or click here for a full list of stockists. Find Austin’s blog with lots of featured wildlife and short stories here.