File Photo PPat Hickey has insisted he is totally innocent of all charges as he breaks his silence about his arrest during the Olympic games. The former president of the Olympic Council of Ireland says he has never come to police attention before. It is almost a year since Mr Hickey's dramatic fall from grace, as he was hauled from a hotel room in Rio de Janeiro in a dawn raid by police investigating the alleged illegal sale of tickets. End. Mr Pat Hickey (L) President of the OCI at the Announcement of the irish olympic team for Athens 2004. The announcement took place in the National Concert Hall Dublin. 7/7/2004 Photo: RollingNews.ie

THE former President of the Olympic Council of Ireland Pat Hickey has spoken publicly for the first time since his arrest during the Olympics last year.

Mr Hickey, 71, was arrested in August last year at his hotel room in the Barra de Tijuca district of Rio de Janeiro, in relation to the illegal reselling of Olympic tickets for the Rio games.

Initially Mr Hickey, who has continuously denied all charges of ticket touting against him, had been placed in the city's Bangu 10 prison before being released on bail under house arrest in the Brazilian capital.

But in November last year, a Rio judge granted Mr Hickey permission to return home to Ireland in December for medical treatment, where he remains on bail.

Speaking publicly for the first time since his arrest to Newstalk Breakfast, Mr Hickey responded to allegations that his arrest had cost the Olympic Council of Ireland €1.5million. 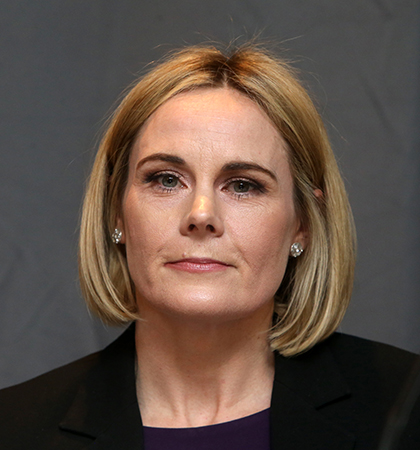 The current President of the OCI Sarah Keane has said it has been an 'extremely costly' year for the OCI. (Picture: Sam Boal/Rollingnews.ie)

The current president of the OCI Sarah Keane told an AGM last week that the last year had been "extremely costly" for the Council, with €1.04million of the €1.5million spent in legal fees alone, all relating to the ticket-touting controversy.

The OCI then spent another €214,000 to pay for the Grant Thornton Report, examining OCI ticketing arrangements, a further €84,000 in public relations fees, €70,000 in data protection, consultancy, €31,000 in accommodation, travel and subsistence, and €18,000 on the Deloitte Report, which examined the OCI’s governance in light of the Rio controversy.

In a short clip released ahead of Mr Hickey's interview, due to be broadcast tomorrow, the former President said the claims are not 'correct' and the money was spent without his knowledge.

"My reaction [to the claims] is that, that is not correct.

"There is full insurance cover at the moment for my costs and the impression the media give is that I was the sole cost of this spent of €1.5million.

"I've been able to establish that after I was arrested in Rio, the Executive Committee created a Crisis Management Committee which consisted of three people and they had powers of expenditure.

"The €1.5million was done without my knowledge, I know nothing about it.

"This was done by the Crisis Management Committee, it was just that the media gave the wrong impression that I was the cause of that cost."

That Rio Olympic ticketing controversy has cost €1.5m to @olympiccouncil already.. and not done yet @IrishTimesSport pic.twitter.com/3UsDu23jcT

Speaking at the AGM, OCI President Sarah Keane said: “It is a significant amount of money, and nobody is happy it’s gone the way it has.

“But it was a criminal matter, and it was significant for everyone involved, board members stuck out in Rio with no passport, and they are entitled to get advice and support around that.

“So the past year has been extremely damaging, financially, as well as reputationally. The legal costs alone are over €1million, and the final figure will not be known until after all the legal proceedings in Rio are brought to a conclusion.”

EXCLUSIVE: Pat Hickey speaks out for the first time since his arrest at the Olympics in Rio last year... Tune in to Newstalk Breakfast tomorrow morning at 8am for the full interview.