Actress Lisa Riley relives Manchester IRA bombing on Loose Women, which left her with a "claustrophobic fear" of another attack

The Manchester native was a guest on ITV's Loose Women when she spoke about her experience of the bombing for the first time.

"I was involved in the Manchester IRA bomb," she told the show, "which sticks very strongly in my mind."

She told fellow panellists Penny Lancaster, Jane Moore and host Ruth Langsford that she was "going about [her] daily routine" when chaos struck.

"I was going to work as I did every day," she said, "it was right in the middle of Manchester centre."

Ms Riley worked in The Disney Shop in the Arndale Centre at the time, which was on Corporation Street, where the bomb was detonated.

The actress described how they got a phone call warning them of the impending bombing. 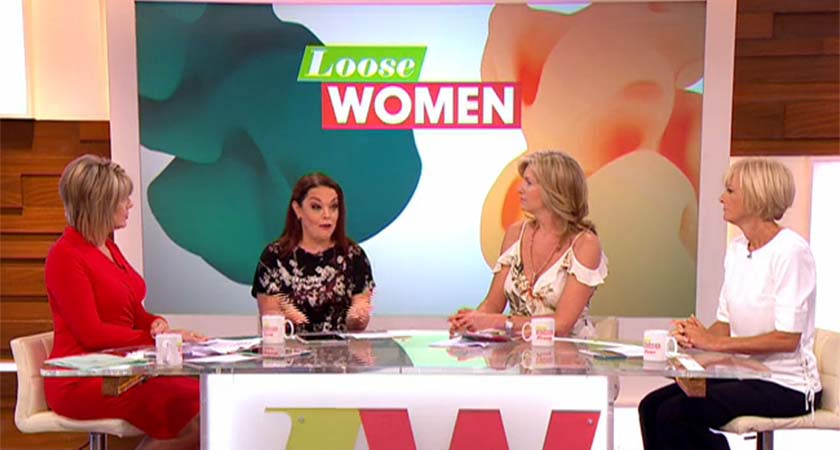 Lisa Riley told fellow panellists that her experience of the bombing "sticks" in her mind. (Picture: ITV)

"All of a sudden it was mass evacuation," she said.

"I can say I was involved in pandemonium [...] and there was absolutely no leadership."

"We didn't have the drill, we didn't have someone going, 'OK, right go there!' it was just this mass cacophony of sound."

The actress then described being pushed in the wrong direction by police before the bomb hit.

"That was just insane," she said, "there were people bleeding everywhere."

Ms Riley still has a small scar on her arm from where a piece of a phone box hit her, she revealed on the show.

The actress said the experience has affected her, as another terror attack is something she is "so aware of" and she has a "claustrophobic fear" in public spaces of it happening again.

This year marks 20 years since the bomb was detonated in Manchester on June 15, 1996.

No one died, but over 200 people were injured in the IRA attack.