An angry crowd as gardai get 31-year-old Jozef Puska back into a police van after appearing before a special sitting of Tullamore District Court on 19 January.

THERE were angry crowds and a mass of media outlets in attendance as the man charged with the murder of primary school teacher Ashling Murphy attended court in Co. Offaly.

A large crowd heckled 31-year-old Jozef Puska, of Lynally Grove, Mucklagh in Tullamore, as he was brought before a special sitting at Tullamore District Court last night.

Following the short hearing, he was remanded in custody to appear at a sitting of Cloverhill District Court on January 26. 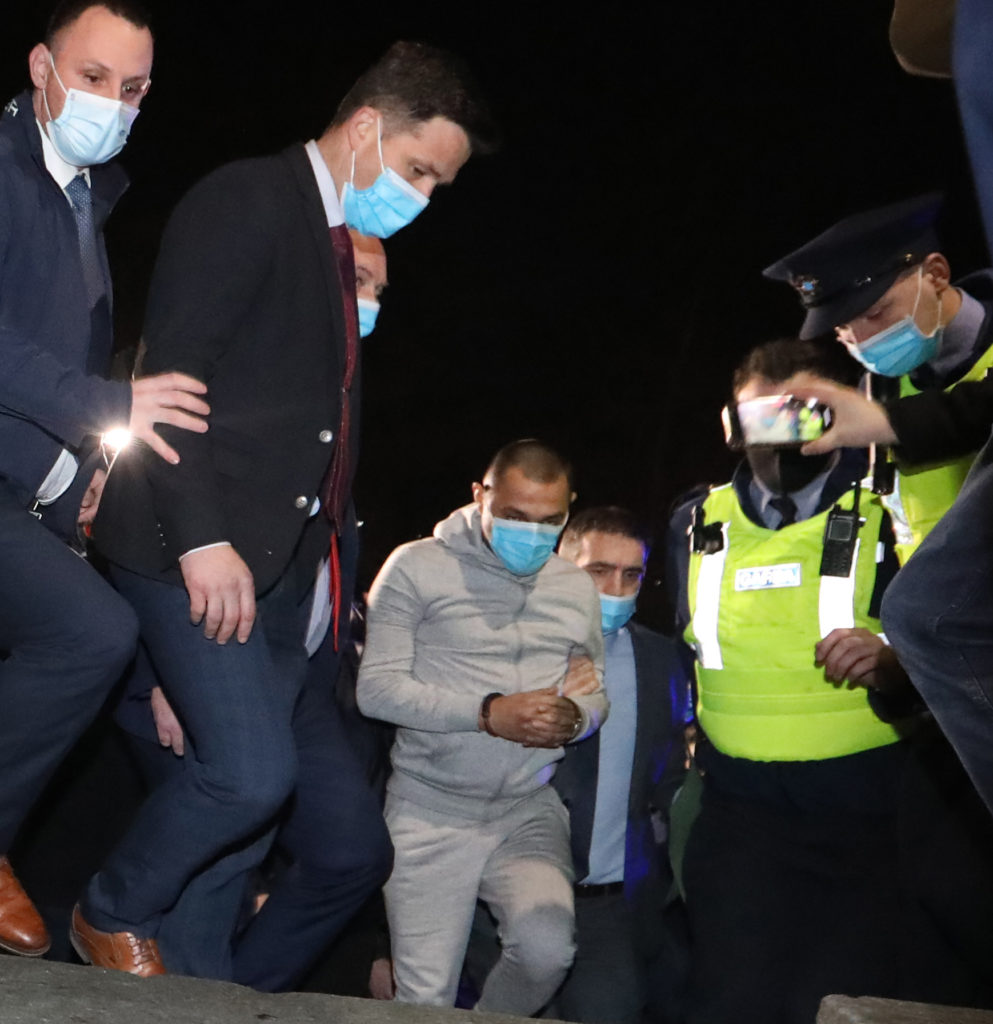 Pictured is the media frenzy as a man identified as 31-year-old Jozef Puska, with an address in Lynally Grove ,Tullamore in Co Offaly, is brought before a special sitting of Tullamore District Court

Mr Puska, who was arrested on Tuesday, January 18, was heckled by a large crowd outside the courthouse in Tullamore before and after the hearing, and was escorted out of the building by Gardaí.

The man, who lives in Tullamore, was arrested after being discharged from a Dublin hospital.

He was later charged with the murder of Ms Murphy, who was attacked and killed at around 4pm on January 12, while out for a run in her hometown of Tullamore.