The hearse passes 1st class students from Durrow National School (who were taught by Ashling Murphy) as it arrives outside St. Brigid's Church, Mountbolus, Co. Offaly, for her funeral

PRIMARY school children who were taught by Ashling Murphy formed a guard of honour as her coffin made its way from her home to her funeral this morning.

The teacher, 23, was killed on January 12 while out for a run in her hometown of Tullamore, in Co. Offaly.

Parish Priest Fr Michael Meade was the chief celebrant, who told those gathered: “Together we grieve, we pray, we hurt – this is the heavy price we pay for love – we gather as a family of faith, to be with, to support by our prayer and our presence, those whose darkness is deep, whose pain is raw and fierce.” 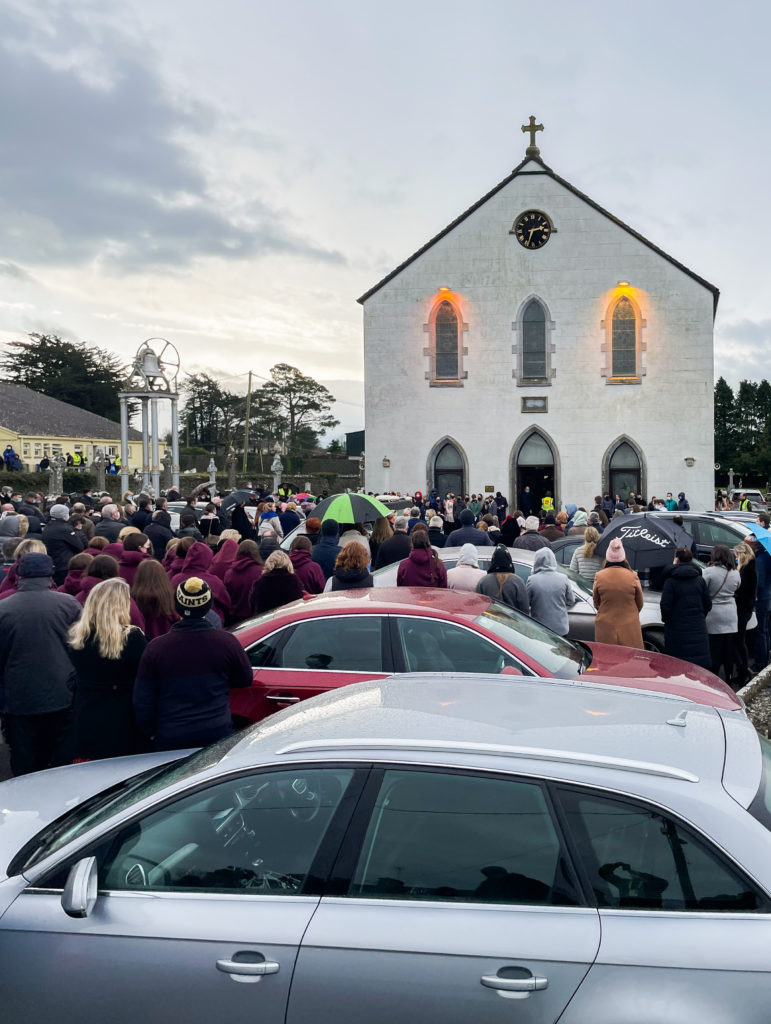 The crowd outside St. Brigid's Church, Mountbolus, Co. Offaly, for the funeral of Ashling Murphy

President of Ireland, Michael D Higgins, and Taoiseach Micheál Martin were among the mourners in attendance.

Hundreds made their way to the church to pay their repsects to the popular young woman, who was attacked while jogging along the banks of the Grand Canal at Cappincur in Tullamore at around 4pm on January 12. 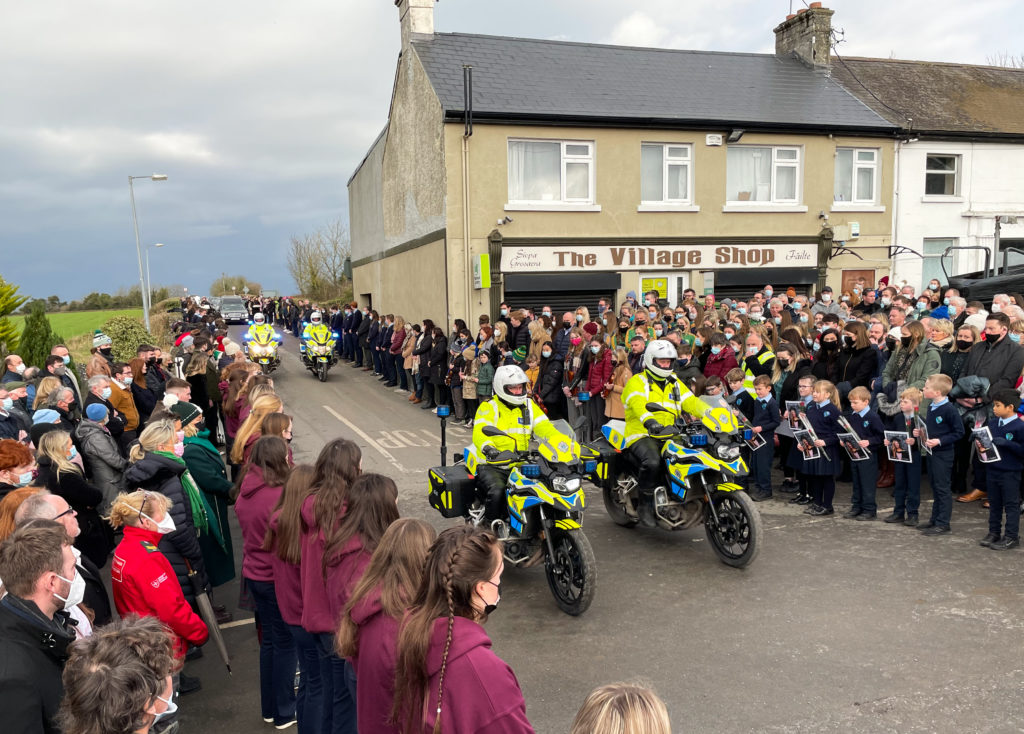 A Garda motorbike escort for the hearse as it arrives outside St. Brigid's Church, Mountbolus, Co. Offaly

Gardai believe the attack was random and have launched a murder investigation to bring her attacker to justice.

The main suspect in the case remains in a Dublin hospital recovering from serious injuries. 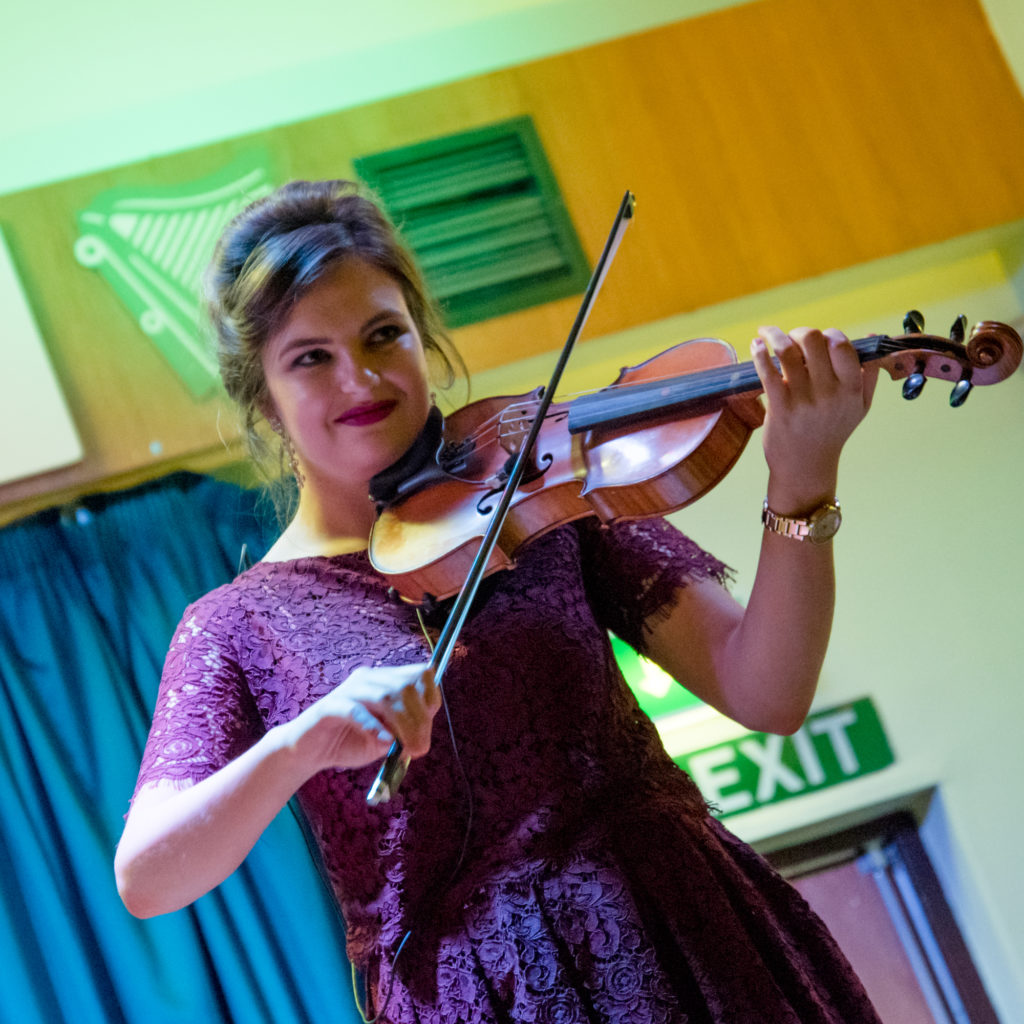 Ashling Murphy, pictured at St Patrick's Club in Royal Leamington Spa as part of a tour with Echoes of Erin in 2018. PIC: Chris Egan/Irish Post

Tributes have been pouring in for Ms Murphy, who taught first class pupils in Durrow National School, also known as Scoil Naomh Colmcille, and was well-known in traditional music circles.

Vigils have been held across the world in her memory, with campaigners calling for her death to mark a watershed moment for violence against women.