DUBLIN ZOO is celebrating the arrival of a baby western lowland gorilla.

Born to mother Vana and father Bangui, the new addition came into the world on Saturday, October 12.

Weighing in at around 2-2.kg, new arrival is the second baby gorilla to be born at Dublin Zoo in the past year.

The baby gorilla is Vana’s first born and the second of father Bangui since his arrival at the zoo. 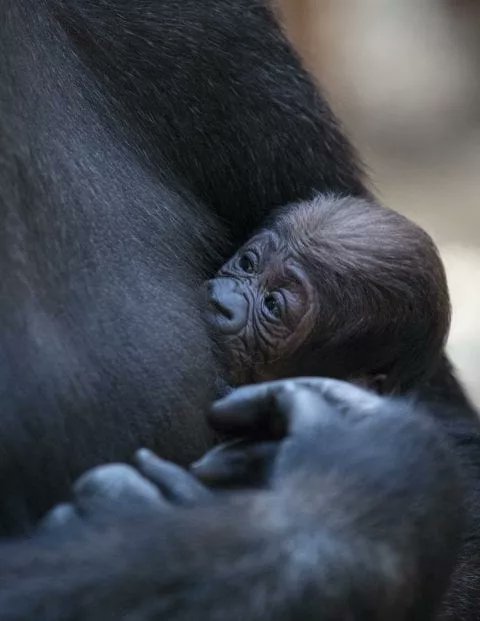 Bangui previously fathered Asali, who was born at the Dublin facility back in April 2019.

“We’re delighted to announce that a second baby gorilla has been born at Dublin Zoo this year! As western lowland gorillas are critically endangered,” zookeeper Aisling Kenneally said.

"Vana and the baby were introduced to the rest of the female gorillas yesterday and are settling in well.

“Big sister Asali, has shown huge interest in her younger sister and the duo have been bonding over the past couple of days.

“We’re so excited to see both youngsters grow up and play together."

Both species of gorilla, eastern and the western, are listed as critically endangered.

The Zoo has confirmed they will be hosting a competition, giving the public a chance to name the new baby gorilla.