THE Obamas have joined the likes of U2, Brian O’Driscoll and Nelson Mandela in being granted the Freedom of the City of Dublin.

Dublin councillors passed a motion to grant the honour to the former US president and his wife on Monday.

Lord Mayor of Dublin Cllr Brendan Carr said Mr Obama deserved the award for his “moderating and progressive” influence during his time in office.

He added that Mrs Obama also deserved the honour to recognise her campaigning on behalf of refugees and support of education for women.

“While I’m aware some Councillors may have reservations over failings of US foreign policy during the Presidency of Barack Obama, I believe he and Michelle, through their promotion of the rights of refugees, humanitarian causes campaigning on behalf of women’s rights and focus on improving international relations with several States did point American society in a progressive direction,” said the Lord Mayor.

“I believe awarding the Obamas, a couple who consistently spoke in support of these principles, the Freedom of the City would be the most powerful way we could make a statement on their importance at this time.”

Lord Mayor Carr added that Mr and Mrs Obama had confirmed “through contacts” that they would be accepting the Freedom of Dublin.

He said that he hopes a visit from the Obamas to Ireland to accept the honour could be organised by the end of the year.

So who are some of the other notable people to have been given the honour? 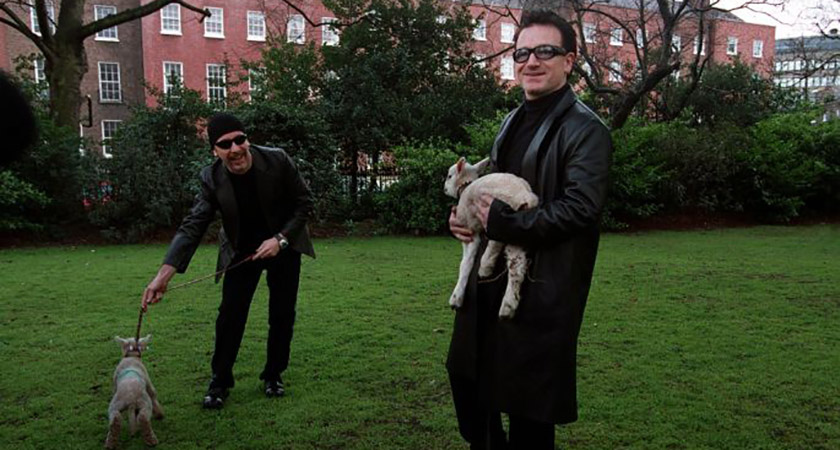 In 1963, Irish-American President John F. Kennedy receives an Honorary Freedom of the City of Dublin at Dublin Castle, just months before his assassination.

In 1990, South African president and world-famous human rights campaigner Nelson Mandela travelled to Dublin to accept the honour. In a speech, he thanked the people of Ireland for their “wonderful support in the course of the anti-apartheid struggle".

In 1994, then manager of the Republic of Ireland football team Jack Charlton became a Freeman of the City after Ireland’s famous qualification for Italia 90.

In 2000, Bono and the Edge took to St Stephen’s Green to graze sheep after U2 were awarded the Freedom of Dublin. The right to pasture sheep on common ground is famously one of the perks of being a Freeman of the City.

In 2014, Ireland rugby legend Brian O’Driscoll was awarded the Freedom of Dublin for his outstanding career.

In the same year, homelessness and social justice campaigner Fr Peter McVerry was given the honour for his “life and death” work in the city.