Brian Armstrong from Belfast, who is attempting to break the world record for the number of triathlons completed in one year.

A MAN from Belfast is this year attempting to break the world record for the most triathlons completed in one year, all in aid of mental health and counselling services for his home city.

Brian Armstrong (40) is attempting to break the current record, which stands at 24, by more than double, with the aim being to complete 50 of them by October.

He is already well underway to reach that target, having completed his sixth triathlon of the year on Sunday.

Each triathlon completed so far comprises a total distance of 70.3 miles - 1.2 mile (1.9km) swim, 56 mile (90km) bike and 13.1 mile (21.1km) run, and he has been completing them in his local area in locations such as Lough Neagh, River Bann, Browns Bay and Carrickfergus.

"I try to do something every year to physically and mentally challenge myself," Brian said. "Last year was a full distance Iron Man and I found my recovery for that was really quick - I did that on a Sunday and was training again on the Tuesday.

"I then had a conversation with my son about what I was going to do next and he suggested that I look to see what the world record was for the most 70.3s, which is a half-distance Iron Man, in a year. When I googled that to my surprise it was 24 in a calendar year."

Brian did his first ever triathlon in 2017, after which his bike was stolen from his back garden.

"So I didn't have a bike for a while but during the lockdowns and the first one in particular, I was falling into the same habits as the majority of people - having a few beers every day and falling out of routines," he explained.

"I woke up one day and it was just driving me insane. I eventually bought a second hand bike and started getting out on the road a bit and really enjoyed it. I then invested a bit of money into a new bike and joined a triathlon club." 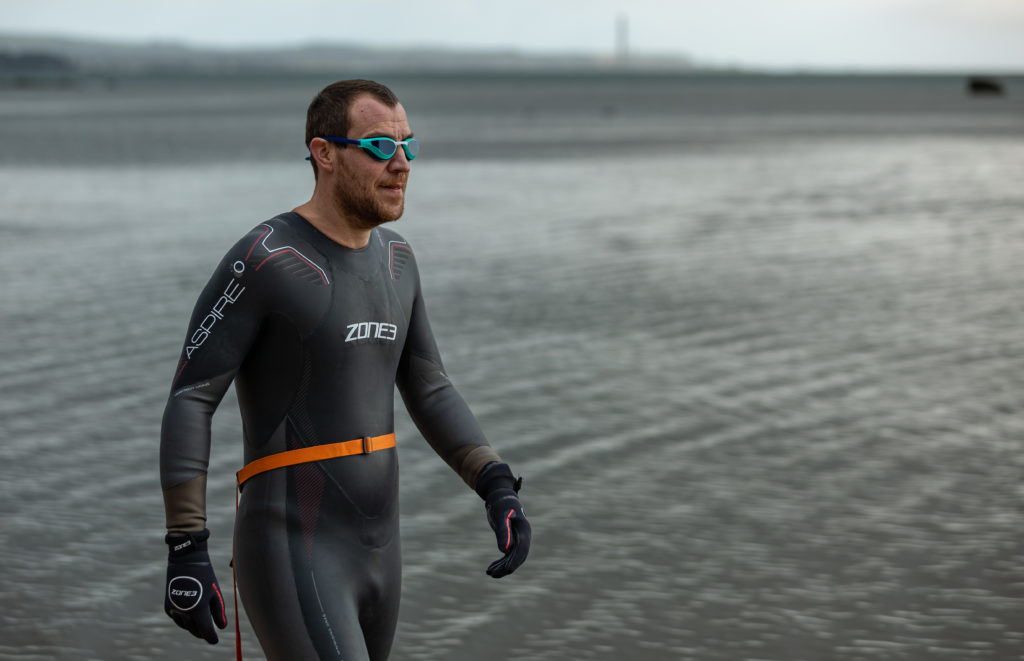 Brian works as a Restorative Practitioner with South Belfast Alternatives, which was set up to provide communities access to restorative justice processes, and he is completing the challenge to aid its delivery of services.

Brian says his work is about "about looking at damaged relationships and how you repair them."

"I wouldn't say it's a mental health organisation as such but the majority of young people, 84%, that we work with through our projects would have some sort of mental health condition.

"One of the reasons behind doing 50 is because people ask me why did I not just choose to do 25? I have a big belief that I can do 50. That might sound a bit arrogant, but I definitely don't think I am being arrogant. I'm a normal fella who works full time with a family, and I can manage to find the time somehow every day, and I'm hoping that can inspire people a bit. I think the mental challenge of 50 triathlons ties in with the work I do.

"Because I'm doing it for a year I would like to raise about £200,000. That will support the mental health services that we can provide and and further develop them across Belfast. The mental health conditions in Northern Ireland are terrible. Obviously there's conflict, but how has the pandemic impacted people and how will they move forward coming out of it? We need to be getting the services on the ground and accessible for people."

He plans to complete one triathlon a week, and double up during the warmer months of May, June, July an August.

"A lot of the stuff I do is actually injury prevention work which helps me recover," he said. "For example, I do an event on a Sunday, so Monday is a normal recovery run, with Tuesday being a recovery session in the gym, and some other runs with Monkstown Spartans and a swim with Brown Shoes Triathlon Club on other days.

"Last week was the first postponement of the year. Wind temperatures and what direction the wind is coming from is very important, for example in Browns Bay if there's a north-west wind you can't swim in it because the waves are really high. 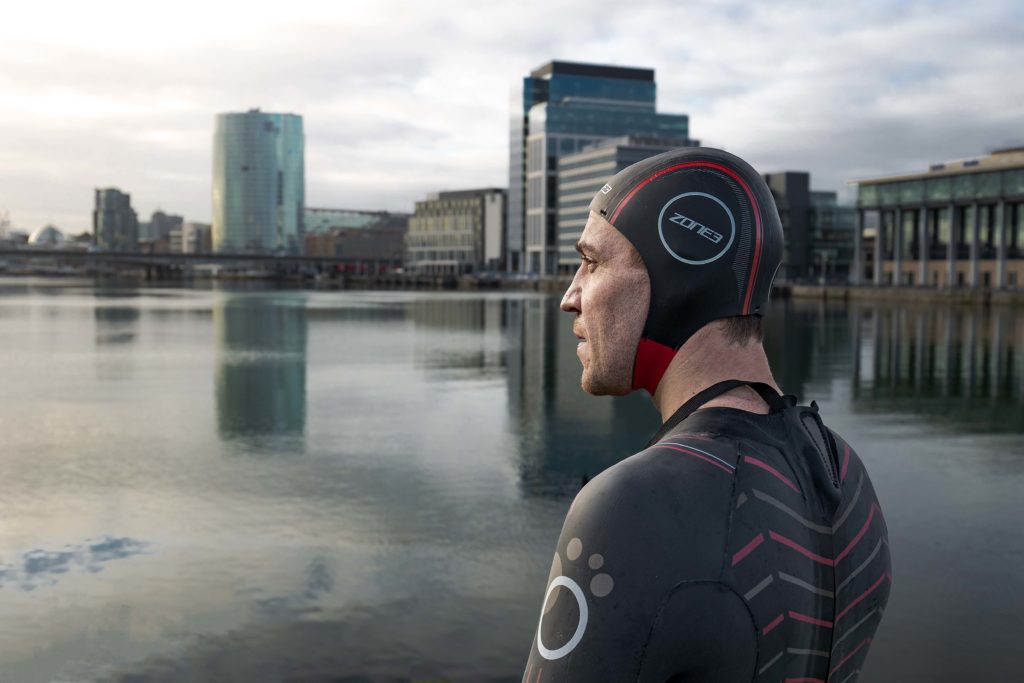 Brian has also received the backing of Zone3, the world's highest rated triathlon brand, in his quest to break the record.

"The difference their winter gear makes in the water is incredible, he said. "I have a thermal wetsuit, hat, gloves, socks and a huge parka jacket that I can changed inside of.

"The first few weeks before I got a hold of that stuff I was cold coming out of the water because I only had a normal wetsuit and I was standing with two or three towels around me to warm up. Now I come out of the water comfortable and that makes a massive difference getting on the bike."

McConvey Cycles in Belfast also provide monthly repairs for his bike, allowing him to focus on his races and training.

"All of this learning and knowledge from the support team allows me to focus on my training," Brian said.

Donations to the cause can be made through JustGiving, and a website for the challenge is also in the works. Zone3 can also be found here.