Best signs from the climate change demonstrations in Ireland

THOUSANDS of Irish men, women and children took to the streets today to take part in the nationwide climate action strikes.

Notably, a vast number of students skipped school to join in with the protests (well I never).

Around midday, demonstrations began in Dublin, Cork, Galway, Limerick, Waterford and Belfast most notably, along with number of other locations across 18 counties of Ireland.

Expectedly, many of the protesters put their creative hats on, in an attempt to charm, persuade or demand change in the form of climate action from governments the world over.

Here are the same of the best from today: 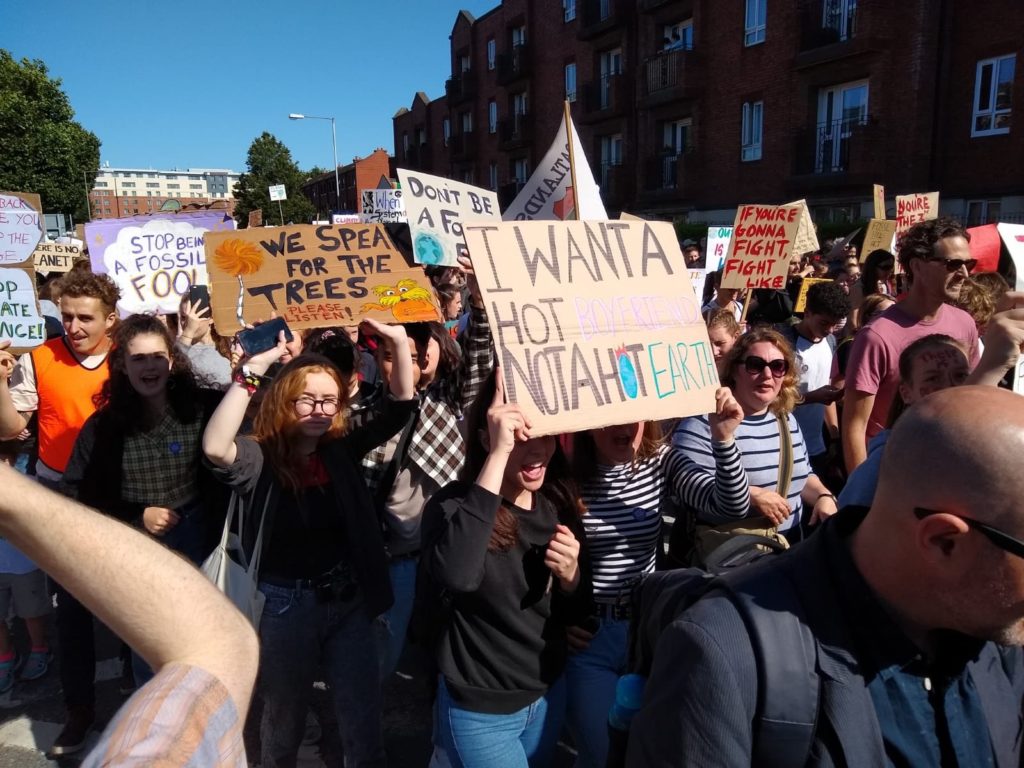 Not a great choice of font colour I'm sure those girls will agree, but in any case, it reads: "I want a hot boyfriend not a hot earth." - Can't argue with that. 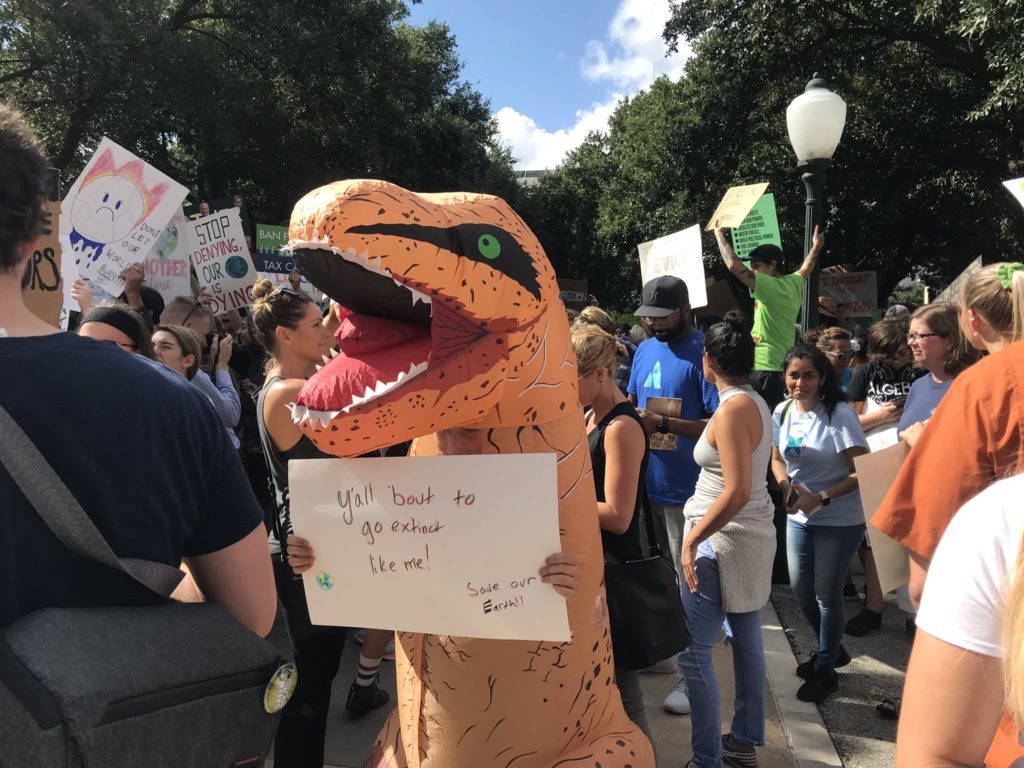 "Y'all 'bout to go extinct like me!" - And in that dino-suit in today's heat I can't imagine he/she was long for this world either! 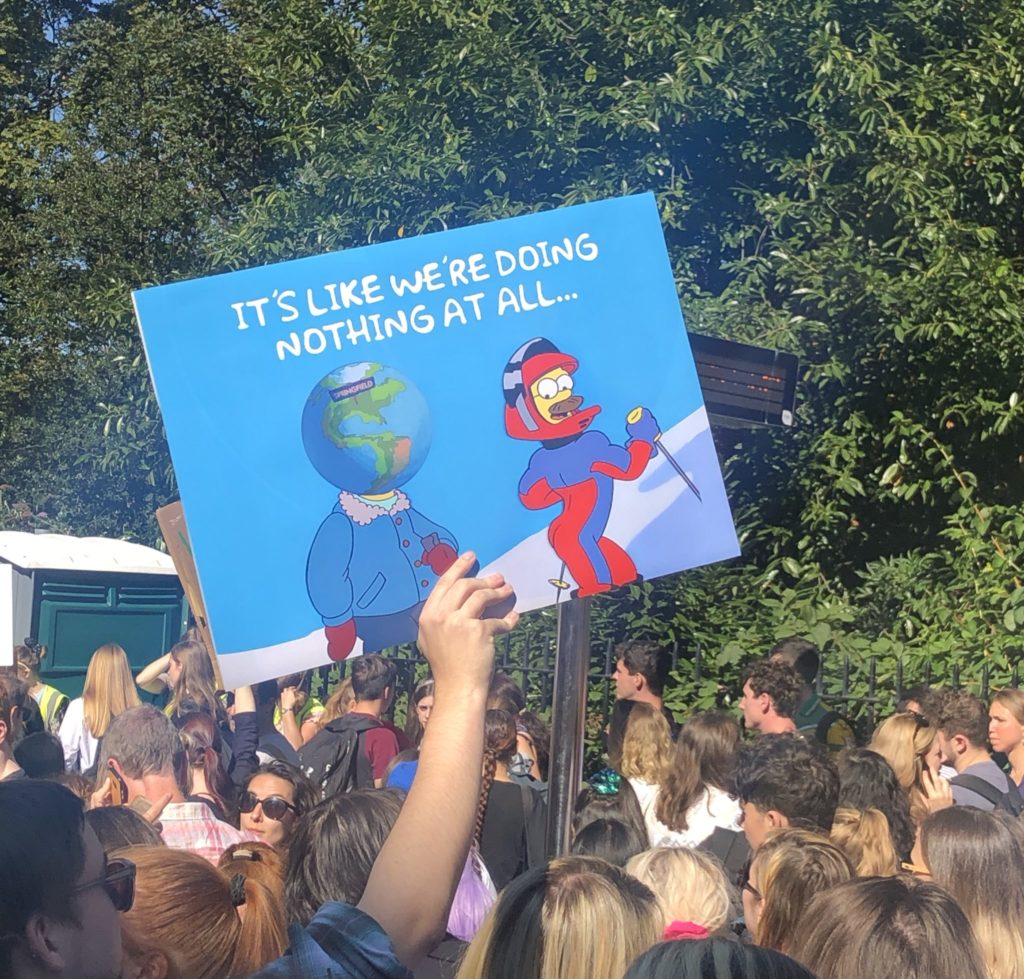 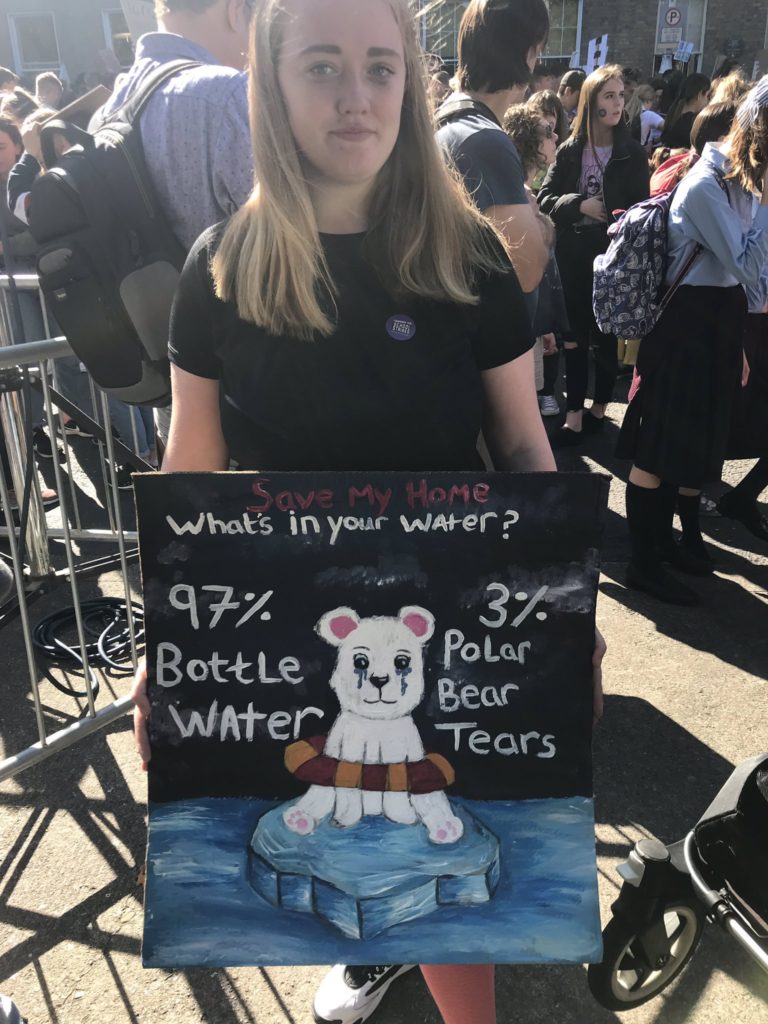 Tugging at the heart strings here. And look at that, a cheeky slice of maths with our environmental lesson. "Save my home. What's in your water? 97% Bottle water. 3% Polar bear tears" 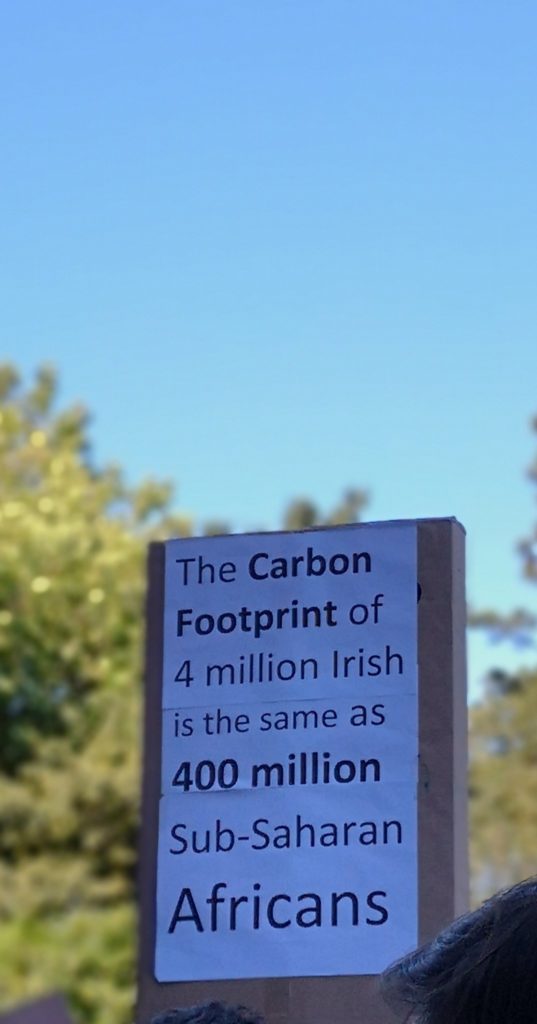 No jokes here. Just cold (or not so cold), hard facts. "The carbon footprint of 4 million Irish is the same as 400 million Sub-Saharan Africans." 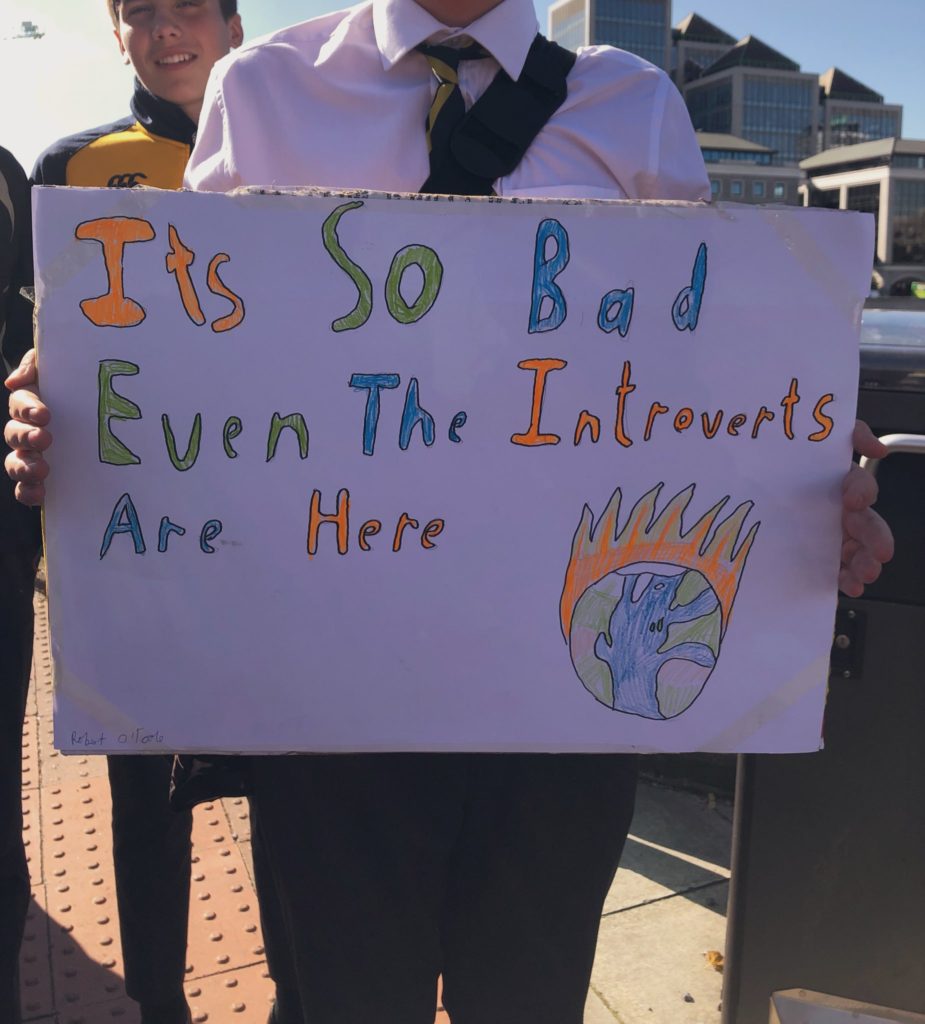 Top marks on the message. But c'mon, that planet earth drawing needs work. C-. "It's so bad even the introverts are here" 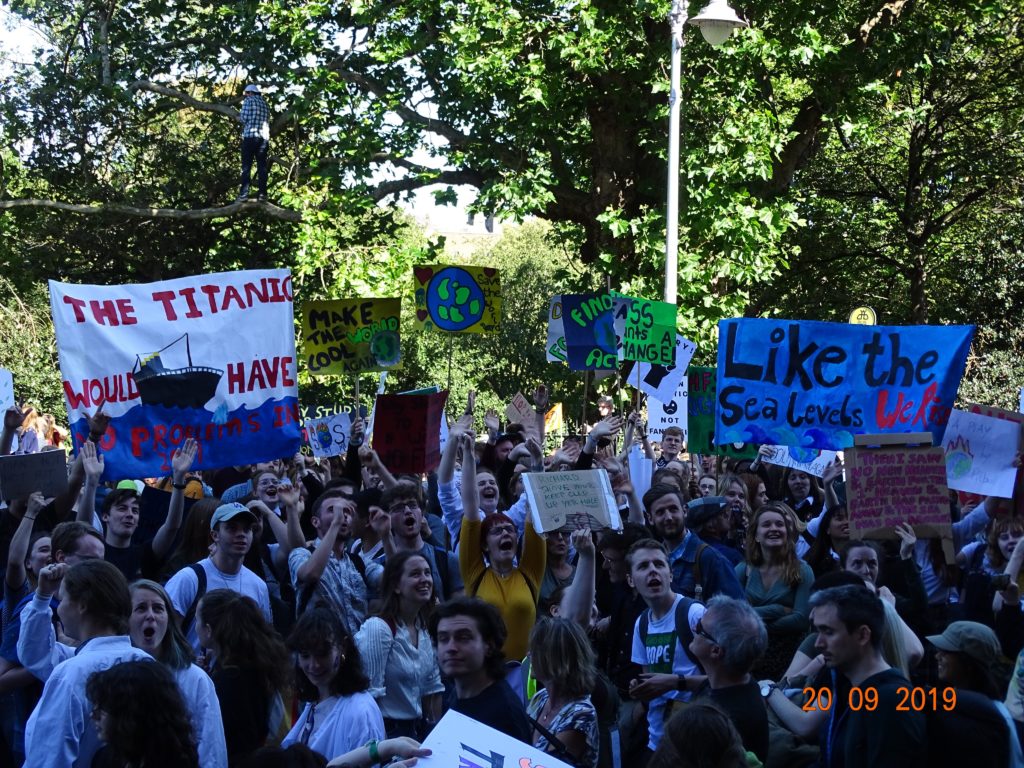 A few to choose from here, but we're focusing on the one on the left. "The titanic would have no problems in 2019". Well, yes. Navigation systems and ship building technology have come a long way since 1912, but we take your point. 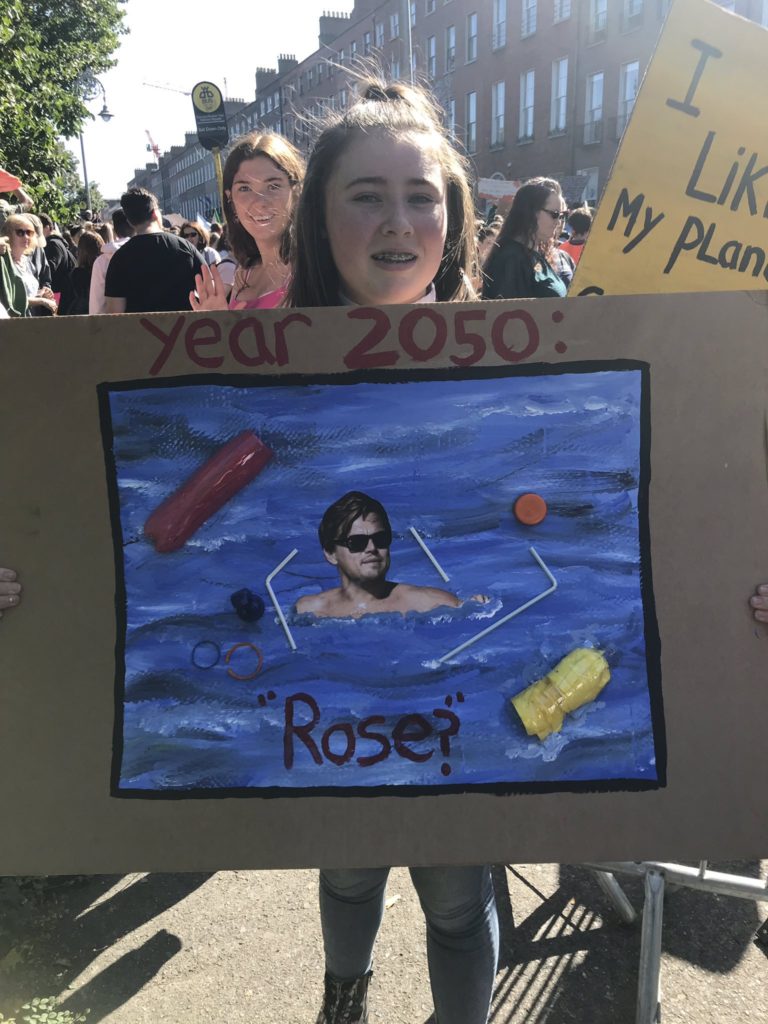 Speaking of the Titanic. Looks quite pleasant actually. "Year 2050: 'Rose?'" 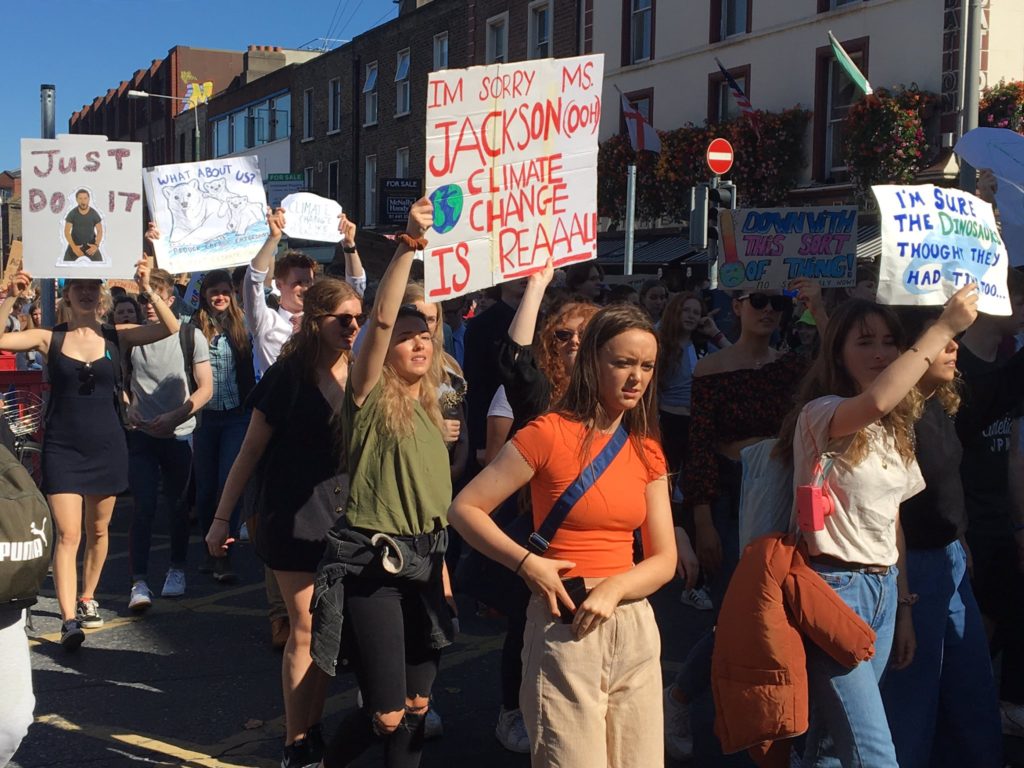 Not sure this quuuiite fits the rhythm of the song, but not a bad effort. What a tune too. "I'm sorry Ms Jackson (ooh) climate change is reaaal!" 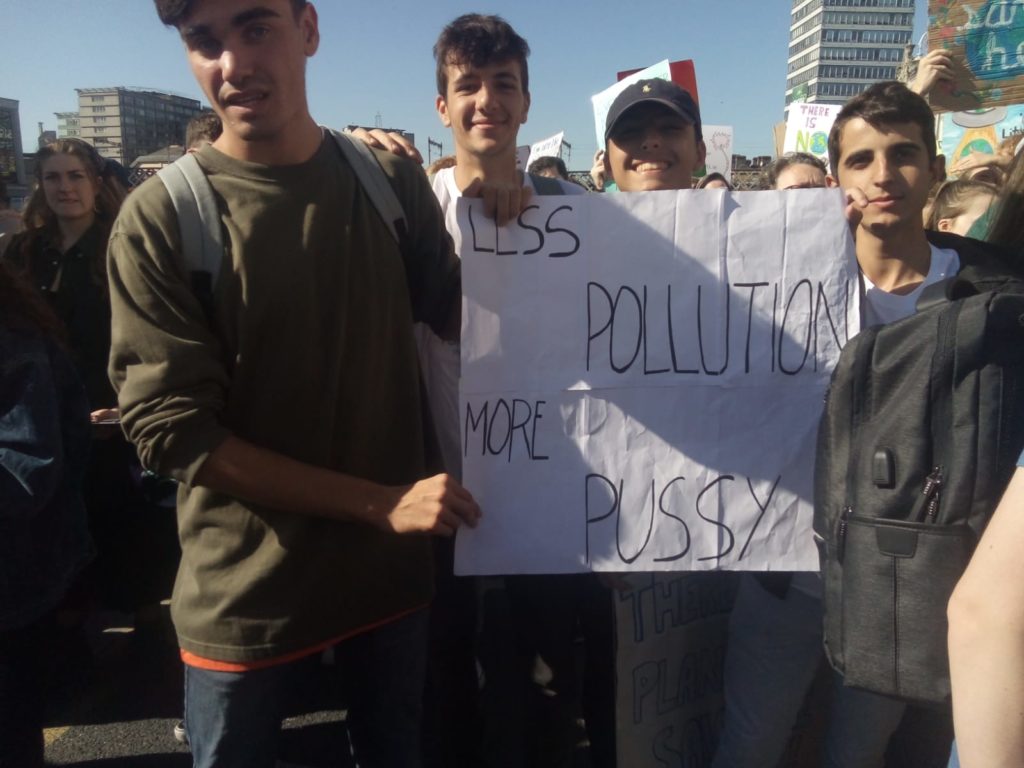 And lastly. A little on the nose. But hey, we all hate pollution right? "Less pollution more p*ssy"