In 1991, after sixteen years in prison, they were finally acquitted.

Yesterday (June 1) Birmingham's  senior coroner Louise Hunt announced that she would be reopening the inquest into the bombings.

Paddy Hill was in Birmingham to hear to the decision, having travelled down from his home outside Glasgow to hear the outcome in person.

When The Irish Post spoke to him, he sounded hopeful that after forty-two long years he might now have his questions answered.

“This is the first step hopefully on the way to hearing the truth, from what the coroner said it appears that the Birmingham police had two warnings within the week prior to the Birmingham pub bombings," he said.

"She [the coroner] wants to know what the police response was to the warnings, as from what we can gather the Birmingham police did nothing.”

Hill is unforgiving in his assessment of how the six were treated by the West Midlands Police force following their arrests, but is keen to know who gave the orders.

“For me the question that I want answered, and it's the question I’ve been asking myself for 42 years, is who gave the orders for us to be the scapegoats, who gave the West Midlands Serious Crimes Squad the order to torture and frame innocent people?” 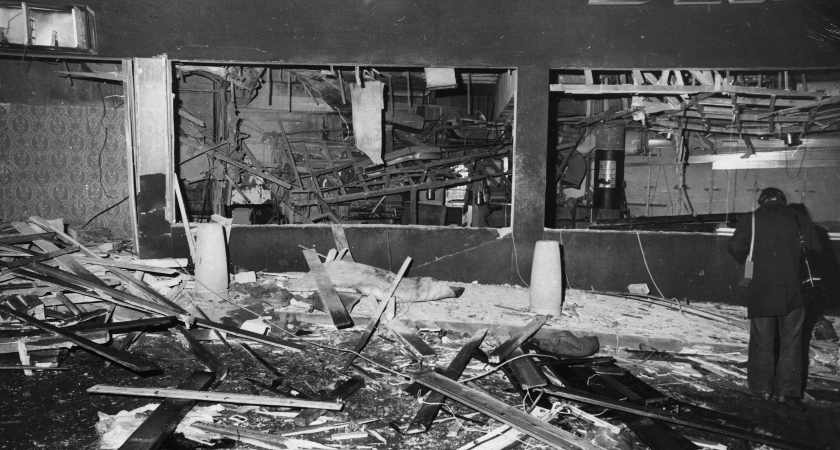 A scene from the aftermath of the Birmingham bombings

Speaking of the days and weeks following the arrests he told The Irish Post how the six had been informed early on that they were being framed.

“The Birmingham police told us right from the beginning that they knew we were innocent and that we had nothing to do with the bombing, but they also told us that we’d been selected,” he said.

He recalled how police officers told him they had been ordered by those high up to secure the convictions using any means necessary.

“Our orders are to get confessions, and convictions and we’re to use any means that we have to to obtain them, don’t worry we’re covered all the way to the top."

He isn't hesitant to criticise the investigation as a Hillsborough scale cover up. 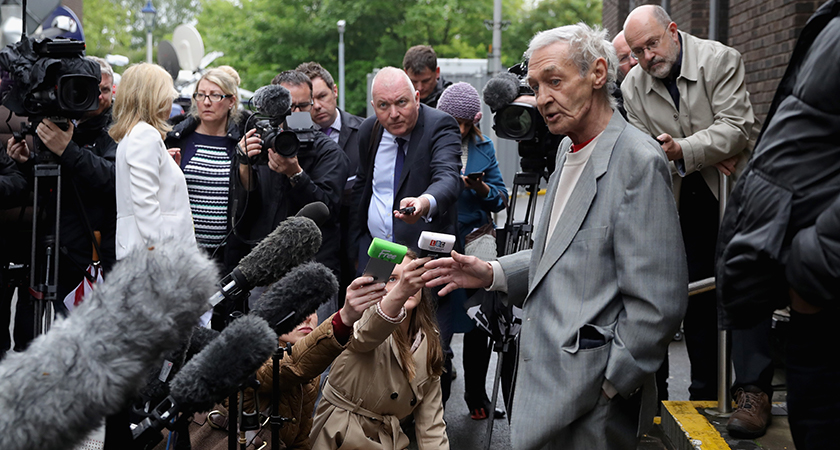 Paddy Hill talks to the press after yesterday's hearing

But he is doubtful that the inquest will bring him any personal peace, citing an assessment by Home Office Psychiatrist Dr Adrian Grounds into the mental damage sustained by him and the other men.

“I’ll never get my life back, we’ve already been diagnosed by a psychiatrist as some of the most damaged men with the highest level of PTSD, higher than most soldiers, the damage is irreversible.”

However, he is defiant in his quest for the truth and hopes the reopening of the inquest will finally get him the answers he so desperately craves.

“I want to know these answers you know, I’m entitled to know them, as I said outside the court yesterday, we will never get justice, but there is one thing that we can get and that’s the thing that we deserve the most, the truth.”