AN IRISHMAN who says lives were “ruined” by the secret blacklisting of construction workers has hit out at the firms offering redress to victims.

John Jones told The Irish Post he doubted that any compensation scheme "could ever make up for what happened; the financial problems, the emotional problems and the family problems that happened to us".

The Meath-native, who now lives in Kent, added that, if the compensation plans do go ahead, it should cost “millions” to the construction giants who bankrolled the company behind the industry database.

Mr Jones believes blacklisting victims should get similar amounts of compensation to the likes of Milly Dowler’s family, which was paid £2million after it emerged journalists hacked into the murdered teenager’s mobile phone.

The companies, which include Irish-run Laing O’Rourke, also apologised for their involvement with The Consulting Association, a clandestine organisation that kept secret files on 3,200 workers.

The database was used to keep “troublemakers” from trade unions out of work.

But many of the blacklisted labourers, including Mr Jones, claim they were placed on it because they raised legitimate health and safety concerns.

The Irish Post revealed earlier this year that hundreds of Irish workers feature in the infamous database. 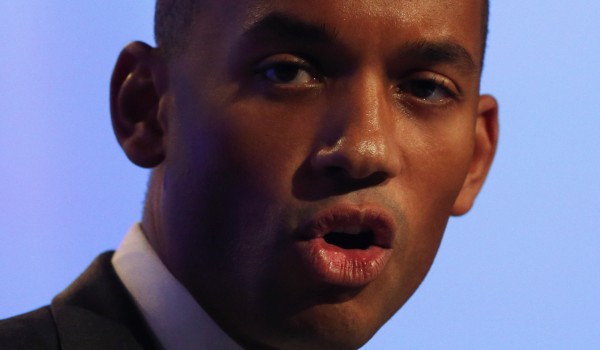 “People’s lives were ruined,” said Mr Jones, who is one of 100 workers that will take several construction firms to London’s High Court next month over their involvement in blacklisting.

“They took away our human right to work and provide for our family because we could not get a job.

“I was forever looking for work. You got jobs that did not last very long, so you had to try again and you were walking the streets."

The bricklayer explained that he ran up huge rent arrears as he failed to find work, suffered huge strain in his relationship with his wife and struggled to put food on the table for his young children.

“I actually had to get a job as a caretaker at a college in the end,” he added.

Mr Jones, who came to work on sites in London when he was 19, hopes his story will serve as a reminder to the construction companies when they consider how much money blacklisted workers will receive.

Asked what labourers like him need to be compensated for, he said: “It’s not just loss of wages, but all the other things that went with it.”

Mr Jones also queried the idea that firms behind the redress scheme would only apply to those with a “legitimate claim”.

“It just sounds like they are trying to wriggle out of paying some of the blacklisted workers,” he said.

The creation of a compensation scheme for blacklisted workers was announced in a statement from the firms involved this week.

“The companies – Balfour Beatty, Carillion, Costain, Kier, Laing O’Rourke, Sir Robert McAlpine, Skanska UK and VINCI PLC – all apologise for their involvement with The Consulting Association and the impact that its database may have had on any individual construction worker,” it said.

Although details of the scheme are yet to emerge, the statement explained that it “is intended to make it as simple as possible for any worker with a legitimate claim to access compensation”.

The statement added: “The companies involved in the scheme would support the introduction of a code of conduct to ensure nothing like this can happen within the construction industry again.”

Dave Smith, leader of the Blacklist Support Group:
“Blacklisted workers obviously welcome this announcement. But so far there are no firm proposals, only a vague promise of compensation for any workers with a “legitimate claim”.

"We want every single person who is on the Consulting Association blacklist to be compensated and jobs guaranteed for blacklisted workers on major construction projects.

"Forgive us if we do not crack open the champagne just yet. We do not for one second believe that these companies have suddenly seen the light.

"Most of the senior managers implicated in the blacklisting conspiracy are still in post. The only thing they regret is being caught.”

Chukka Umunna MP, Labour’s Shadow Business Secretary:
“This announcement is a welcome step, though it should have been made a long time ago.

"Given that 44 companies have been named as having used the construction industry blacklist, it is regrettable this announcement only covers eight firms.

"We will be closely monitoring and scrutinising the compensation scheme as it progresses to ensure it provides proper redress to victims swiftly and commands confidence.

"It also underlines the need for a full inquiry into the blacklisting scandal to make sure it is never repeated.”

Sean Curran from Guney Clark & Ryan, the law firm representing around 100 blacklisted workers in a High Court case against several construction firms involved in blacklisting:
“GCR cautiously welcomes the proposal for an industry wide compensation scheme. Our primary commitment is to achieve justice for the claimants we represent and we will not be diverted from this aim.

"We make it clear that we will not consent to any agreement that does not properly reflect the serious emotional and financial distress that our clients have so unjustifiably suffered.

"It is our hope that any proposal adequately reflects the injustice so inherent in the very concept of blacklisting.”

Gail Cartmail, assistant general secretary at Unite:
“Thousands of construction workers have had their lives, and the lives of their families, destroyed just because they belonged to a trade union or raised concerns about health and safety in one of the most dangerous industries.

"It must now be a priority to get blacklisted workers back into work. Many of these workers have spent years out-of-work as a result of being blacklisted.

"Employers have a moral duty to give them back the jobs that were wrongly taken away from them.”

'Blacklisting made me a militant', says would-be successor to Bob Crow