'Blacklisting made me a militant', says would-be successor to Bob Crow

THE IRISHMAN vying to fill the shoes of the late Bob Crow has hit back after a newspaper branded him a “gun-toting militant”.

Steve Hedley, who is running to become the next boss of Britain’s transport union, said the “ridiculous” label demonstrated the “class warfare” that exists in Britain today.

And while newspapers lined up to attack him as a dangerous left-winger, The Irish Post can reveal Mr Hedley is a blacklisting victim whose values grew out of the suffering he witnessed first-hand.

The Derry native admitted that, like Crow, he advocates militant trade unionism.

But he said his views had been shaped by seeing other working class people lose their livelihoods and more after they were put on the secret database used to keep “troublemakers” out of work.

Some were put on the list for raising safety concerns or due to their trade union activity.

“I know people who have even been driven to suicide after getting blacklisted because they lost their family, lost their home and everything else,” Mr Hedley explained.

The RMT assistant general secretary added: “Where we don’t have militant trade unionism, like the building industry, then blacklisting is allowed to prosper.

“Where workers do not have a militant trade union their health and safety is endangered on a daily basis because their bosses ride roughshod over workers’ rights.”

Mr Hedley faced allegations this week of revelling in the pain of millions of Londoners hit by his union’s tube strikes.

The news article told readers that if Mr Hedley were elected, Londoners could find themselves in a situation “worse than when the RMT was run by Mr Crow”.

Publishing a picture from his Facebook profile in which he is seen in a Russian-style hat holding a gun, the newspaper said Mr Hedley was the “Hard-Left” candidate to replace Mr Crow.

The Daily Mail also published the picture under a headline that referred to him as a “gun-toting, Russian-hatted trade unionist”, with a caption calling him a “gun-toting militant”. 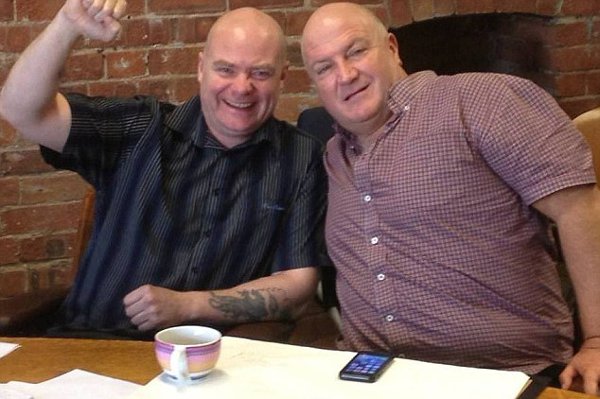 But Mr Hedley said the photograph was just an innocent holiday snap – not the symbol of a man who wants to inspire a working class uprising.

“If I had been in Mexico I would have been wearing a sombrero,” he added.

“It was a market in Russia where they were selling all of this memorabilia from the Soviet era and I was just trying on a hat and picking up a gun just as people do when they are on holiday.”

Asked about his reference to enjoying the Easter weekend after strike announcements, he said: “I always look forward to our members defending their jobs when they are attacked.”

Mr Hedley added that he did not take pleasure in seeing commuters’ journeys disrupted.

He also claimed he posted the comment because he is “a good Catholic” and was looking forward to going to church for Easter services.

In comments likely to win support from fellow RMT militants, Mr Hedley vowed to ignore news laws promised this week by the British Prime Minister that would restrict unions’ freedom to strike.

David Cameron announced on Friday that if the Conservatives win a majority in next year’s general election, it would pass new laws requiring a “threshold” of participation in votes for strike action on essential public services.

His comments follow calls from fellow Conservative, London Mayor Boris Johnson, for strikes to be declared unlawful unless 50 per cent of staff in the workplace take part in the ballot.

He was speaking after the London tube strikes, which were approved in a ballot that was participated in by only 40 per cent of RMT members.

But Mr Hedley said: “At the end of the day, if the laws are too restrictive we will just break the laws.”
Asked if his union’s rank and file members would be as willing as him to break the law, he said: “RMT members have gone on unofficial strikes before.

“It will just be a matter of time until they break the laws again if the laws are too restrictive.”

Mr Hedley is one of five RMT members to have put their names forward for the general secretary job ahead of the September election.