SOME 80 beaches and eight marinas in Ireland have been awarded Blue Flag status for 2019 by the environmental organisation An Taisce.

The total 88 sites have been granted the prestigious accolade to reflect their excellence in water quality, information provision, environmental education, safety and site management.

However, the overall number is down two on last year's record total – with Bundoran Beach in Co. Donegal, Bertra Strand in Co. Mayo and Golden Strand also in Co. Mayo having failed to retain their Blue Flag status for 2019.

Elsewhere, Rathmullan Marina in Co. Donegal received the award from An Taisce for the first time ever this year having achieved EU standards for beach excellence.

All seven marinas rated last year – including the Royal Cork and Kinsale yacht clubs – have kept their flags for the coming season. 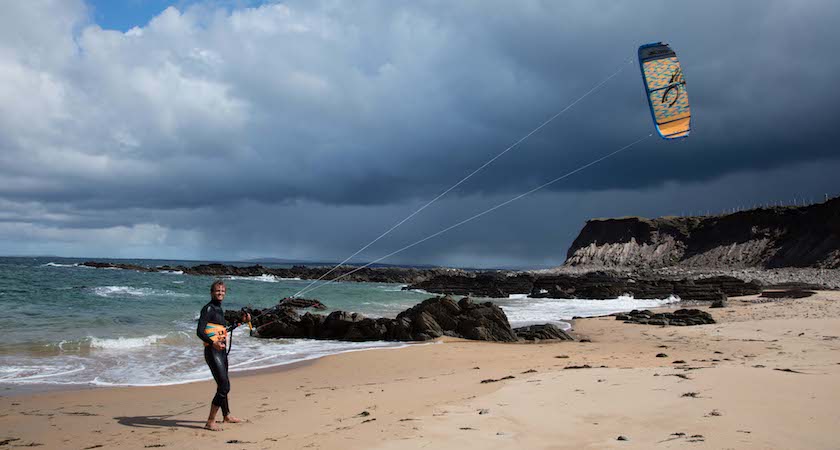 Meanwhile, 62 beaches were handed a Green Coast Award – the highest number in Ireland to date.  The Green Coast Award is given to sites which have excellent water quality and natural beauty, but which may be less developed than Blue Flag beaches.

An important aspect of the Green Coast Awards is the involvement of Clean Coasts Volunteer Groups, and there are now more than 800 coast care groups established throughout the country.

Co. Kerry leads the way this year with 13 blue flag beaches, followed by Co. Donegal with 11 and Co. Mayo with ten.

The awards were announced by An Taisce on Sunday at a ceremony in The Armada Hotel, overlooking Spanish point Blue Flag beach in Miltown Malbay, Co. Clare.

Minister for Housing, Planning and Local Government Eoghan Murphy said he was delighted that 88 beaches and marinas were receiving Blue Flags, adding: "The attainment of 62 Green Coast Awards, the highest number since the inception of the awards in 2003, is extremely welcome.

"As Minister, I am committed to working with a wide range of stakeholders to protect and improve the quality of our waters and I commend the great efforts made by Local Authorities, An Taisce, local coastal communities and other volunteers on the ground."

Did your local beach make the cut? Check out all 2019 Blue Flag sites below...